Anker mega-review: PowerCore+, PowerDrive+, and PowerPort+ USB Quick Charge 2.0 & 3.0 gear is some of the best money can buy

Anker is one of a few big names in USB accessories, and there’s a reason for that. This week I had the chance to use several of the company’s PowerCore+ power banks (there are a lot of different offerings spanning many capacities), as well as a PowerPort+ wall charger, and a few different PowerDrive+ car chargers. There are many brands of chargers and power banks out there, and while the experience you get may be similar across the board (yes, there are many chargers and power banks out there just as good as these), Anker goes above and beyond to bring you a package that’s just very high-quality…

END_OF_DOCUMENT_TOKEN_TO_BE_REPLACED

Hyper offers its USB Type-C 5-in-1 Hub with Pass Through Charging for $49.99. Apply coupon code 9to5mac during checkout to drop the price down to $39.99. Free shipping is available on orders of at least $75, otherwise it’ll cost you between $10-13 for a single hub. As a pricing comparison, it typically sells for $49.99 plus shipping.

This aluminum USB-C hub with pass through charging supports 4K video and features SDXC, micro SDXC, and two USB 3.0 ports. Many USB-C hubs on the market today don’t include a way to charge your MacBook, so you’re left juggling battery life and productivity. Available in Gold, Silver, or Space Gray.

We found a few USB-C accessories for your new Macbook or Chromebook Pixel. The first is the Aukey USB-C to 3-Port USB 3.0 Hub with a Gigabit Ethernet Adapter for $21.99. But if you enter the code CBC17PRO the price drops to only $16.99 Prime shipped. That’s $5 off the regular price and the lowest we can find for it. With it you can add an extra USB hard drive and even USB peripherals like a keyboard or mouse.

Next up is the Aukey USB 2.0 USB Type C (USB-C) Male to USB A Male Cable for $10.99. If you use the coupon code WNRGG2P7 the price drops to $6.99 Prime shipped. That’s $4 off the regular sale price and the lowest it’s been offered from Amazon. This premium next-gen cable is reversible allowing you to connect the cable in any orientation for convenience.

Finally, we have the Choetech Car Charger with USB-C Female Output and USB Charging Port for $11.99 Prime shipped. That’s $28 off the original list price and the lowest we’ve seen for it. It has for the USB-C output a maximum of 5V/2.1A and for the regular USB as well. You can use this adapter to charge your laptop on the go.

If your looking for more options, Monoprice has a ton of USB-C cables at low prices like the USB-C to VGA Adapter for $18. 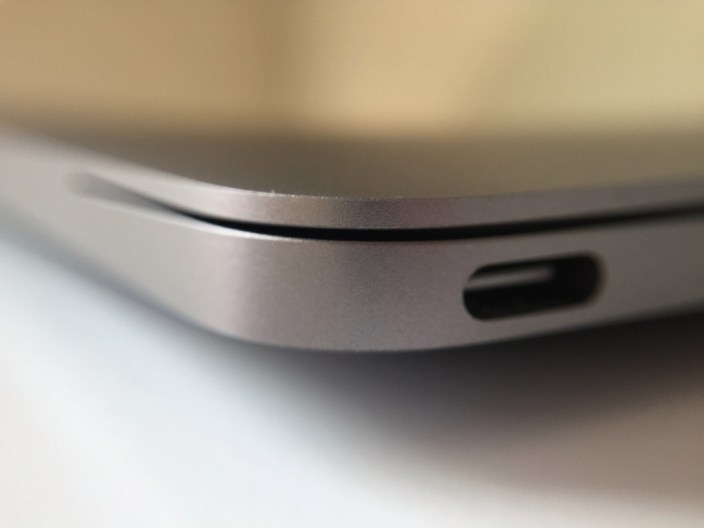 Every time a new USB-C accessory is announced the new 12-inch MacBook and Chromebook Pixel become a little less of a plight for people who can’t say goodbye to standard USB. Patriot Memory is joining team USB-C with its announcement of new dual-sided 32GB and 64GB flash drives:

On one end of Patriot’s new metal flash drives you’ll find USB-C, while the opposite end is a standard type A USB 3.0 connector. This setup allows for optimal compatibility with a range of devices including older Mac and PC machines.

There are, of course, USB-C adapters so you can use legacy USB Flash Drives with new USB-C devices, but they are a hassle to carry and can be costly. Other companies that have already announced USB-C accessories include SanDisk, Belkin, Google and Monoprice. If you’re the adventurous type, some budget options have started popping up on Amazon.

Patriot hasn’t released pricing yet, but did say these new flash drives should be available beginning in June. Full press release follows: END_OF_DOCUMENT_TOKEN_TO_BE_REPLACED