In today’s best game/app deals, Best Buy has a few notable deals today starting with The Evil Within for $19.99 on Xbox One and PS4, or $14.99 on previous gen consoles. It ships free with orders over $35 if you don’t opt for in-store pickup. That’s between $5 and $12 below Amazon and matching the best price we have tracked outside of special GCU deals. Speaking of Gamers Club Unlocked, it will drop your total on this game, and just about every other game you buy from Best Buy 20% off.

You’ll also find Wolfenstein: The New Order and Dishonored: Definitive Edition for $19.99 each. Again, the same shipping and GCU situation applies here as above. While Dishonored DE can be had for $20 Prime shipped on Amazon right now (for Xbox One), we thought Best Buy’s deal was worth a mention for GCU members. And remember, Prime members can pre-order Dishonored 2 right now for $47.99 shipped via Amazon’s ongoing 20% off promotion on new-releases and pre-orders.

Late yesterday, we spotted quite a notable Xbox One deal at Amazon: the Xbox One Gears of War: Ultimate Edition Console Bundle, plus Assassin’s Creed Syndicate (physical), a $30 Amazon Gift Card and Forza Horizon 2 (digital) for $349 shipped ($450+ value).And you’ll find the rest of our live console bundle deals below:

Down below you’ll find today’s iOS/Mac price drops including Hitman: Sniper, Surgeon Simulator, Thomas Was Alone, Weather Now, Notes Note-Ify and more. Chances are that Apple’s official Get Productive iOS and Mac sales will end this afternoon along with the most recent App Store Free App of the Week, so jump on them while you can.

In today’s best game/app deals, we have a number of notable Mac game price drops starting with the BioShock Infinite: Complete Bundle for Mac for just $8 at Game Agent. Not only do you get the main game (downloadable for Steam), but it includes the Season Pass (access to all the story DLC, $20 value), and the Columbia’s Finest DLC. The game itself regularly goes for as much as $35 and the Season Pass is $20, so you’re saving up to $47 here.

While you will find The Witcher 3: Wild Hunt down at $49.99 shipped over at Amazon, keep in mind we did see it hit $42 at Target recently. And lastly, Amazon has the Minecraft: Blockopedia Hardcover book for $22.98 Prime shipped (Reg. $35, best we can find).

Updated February 25, 2015: Sony’s PlayStation 4, the subject of our PlayStation 4 buyers’ guide, is being aggressively discounted through NewEgg and eBay. Normally $399.99 plus shipping and tax, NewEgg is offering the console with one controller for $349.99 with free shipping and no tax for a limited time.

In today’s best game/app deals, Kirby and the Rainbow Curse on Wii U, which recently appeared in our Gaming for Couples feature, is getting its first discount at Newegg today after being released just last week. Regularly listed at $39.99, you can drop your total down to $34.99 plus $1 shipping using code EMCANNR22. Newegg also has the Mario Party 10 on Wii U preorder for $43.99 plus $1 shipping using code EMCANNR23 (Reg. $50, Release Date: 03/20/2015).

As part of its Deals of the Day, Best Buy is offering Wolfenstein: The New Order on Xbox 360 and PS3 for $19.99 with in-store pickup or free shipping on orders of $35 or more. This is the current best price and matching Black Friday listings. The next gen versions are going for $29.99, which is within $5 of the lowest we’ve seen.

Overstock is offering the Playstation 4 Gold Wireless Stereo Headset for $74.99 shipped right now, which is $25 under the regular price, the current lowest available and within $5 of Black Friday pricing. Lastly, Sony has kicked off its Happy Birthday Vita sale on PSN offering a number of discounts and free goodies for Vita owners including themes and more.

A few interesting gaming console deals surfaced over the weekend including some of the best values we’ve seen on both Xbox One and PlayStation 4 since Black Friday. Amazon is offering a new exclusive shipped ($443+ value). This is the current best deal available considering the nearly $100 in value added with the additional controller and game.

As for PlayStation, Best Buy is offering a brand new PS4 with The Last of Us, $5 off 1 yr. of PlayStation Plus and a free PlayStation TV for $399.99 shipped. With the free $70+ PS TV thrown in, this is the best value available for Sony’s latest console and well under the deals currently available from Amazon and other retailers.

Stay locked to Toys, as your complete list of today’s best gaming deals is on its way shortly. 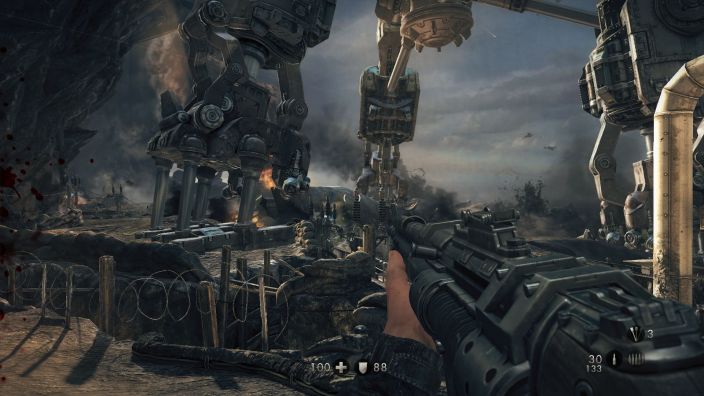