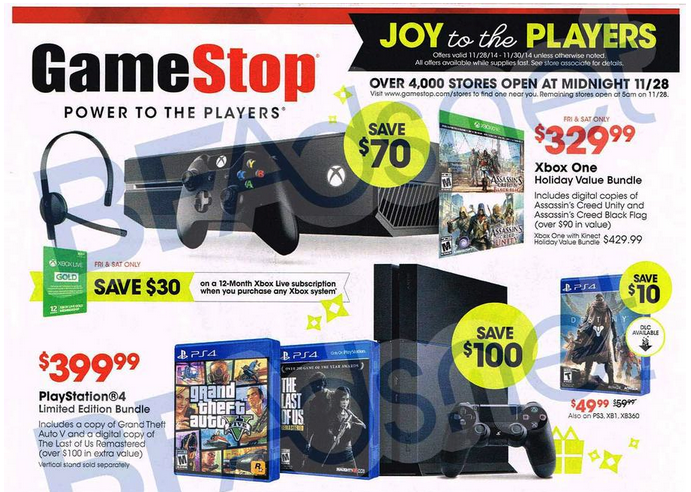 Now that Black Friday is less than two weeks away, we are getting a look at what major national game retailer GameStop will have to offer. The leaked ad shows discounts on everything from consoles to games, with over 4,000 stores open at midnight on November 28th.

For the most part, it looks as though GameStop will be matching Best Buy, Walmart and others with the major PS4 bundles at $400 and the Xbox One bundles starting at $330. But keep in mind, Sony announced the The Last of Us/GTA V bundle for $400 as an official price drop and should soon be available on Amazon. You’ll also find $20 to $30 off games on all platforms as well as discounts on accessories and older systems.

Here are some of our picks from the leaked ad:

***Target will have both console deals for the same price with gift cards attached.