Update (11/21 1:00pm): While a few of the HDTV deals (and other things) have sold out now online, there is still a wide selection of deals to be had on home goods, electric shavers and more.

Most notably, there are two different 40-inch LED HDTVs for just $115 with free in-store pickup:

Both of those deals are far the lowest price we have ever seen on any 40-inch HDTV. If both remain in-stock, then I would choose the Emerson model due to it having a higher refresh rate.

You can also find 32GB iPod touches in every color $20 off. That’s not the best prices we’ve ever seen but a nice way to spend some gift cards that you know have in your pocket.

Check out our preview of Walmart’s Pre-Black Friday sale to get an idea of other deals we’re expecting to see. 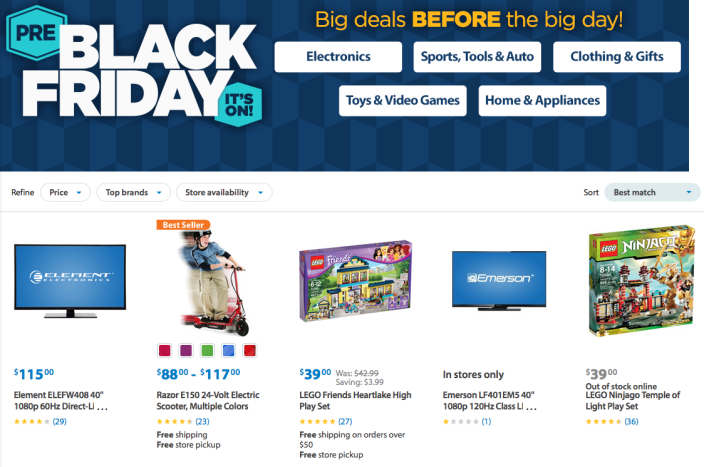 Pre-Black Friday is On at Walmart.com! Find Big Deals before the Big Day