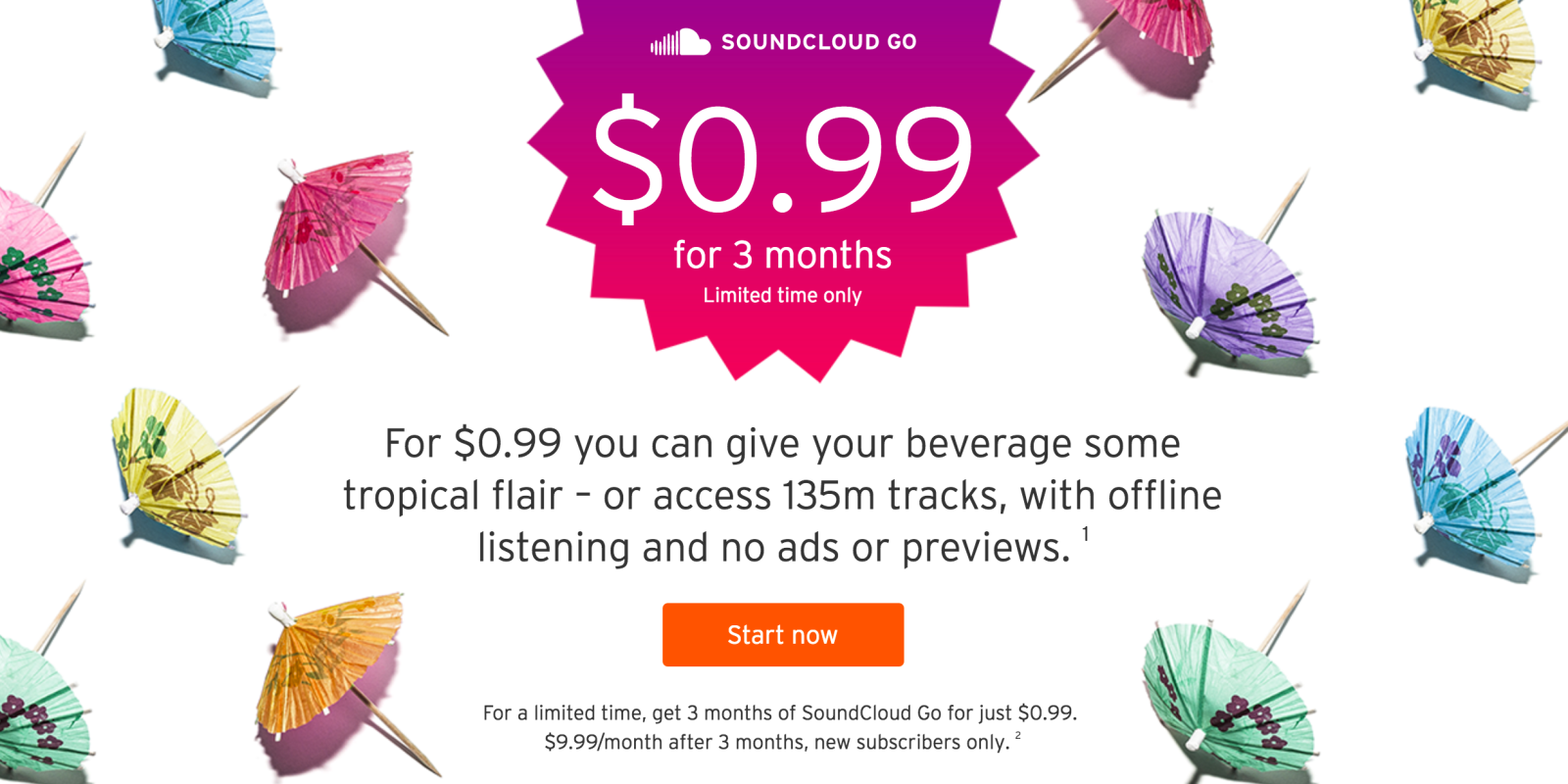 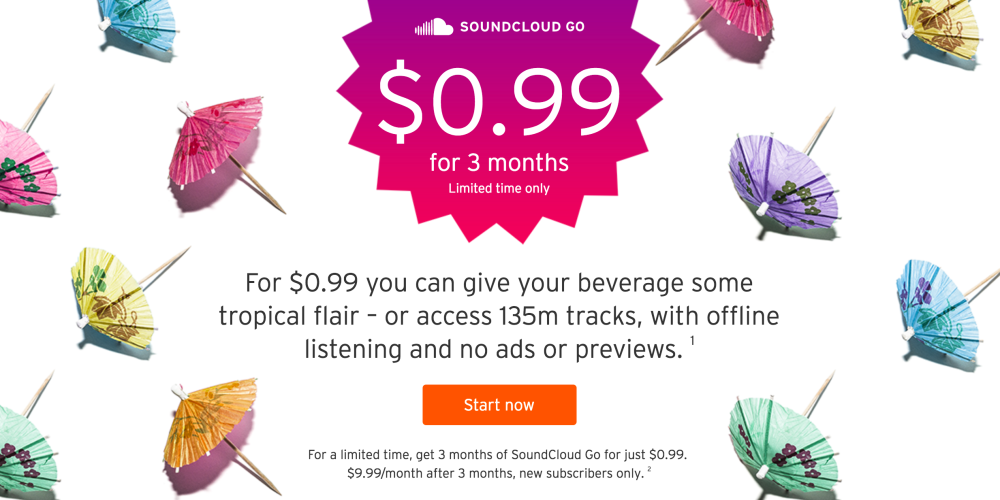 SoundCloud just launched a new promo on its subscription steaming service known as SoundCloud Go. You can now get 3 months of ad-free streaming for just $1. It usually costs $10 per month. This one of the very first deals we have seen on the service since it released some 6 months ago. Keep in mind, this promotion is for new subscribers only and it will only last through the week.

Some of the perks of SoundCloud Go include access to “the world’s largest music library” (over 135 million songs), offline listening privileges, and there are no ads or previews.

“Wanted to give you a heads up that today SoundCloud is launching its first ever 99 cents promotion for our subscription service, SoundCloud Go. The promotion will give new subscribers three months of the SoundCloud Go experience with access to over 135 million tracks, ad-free and offline listening.

The promotion will run for a week (ending Sept. 19), and to sign up new users can visit www.soundcloud.com/go.”