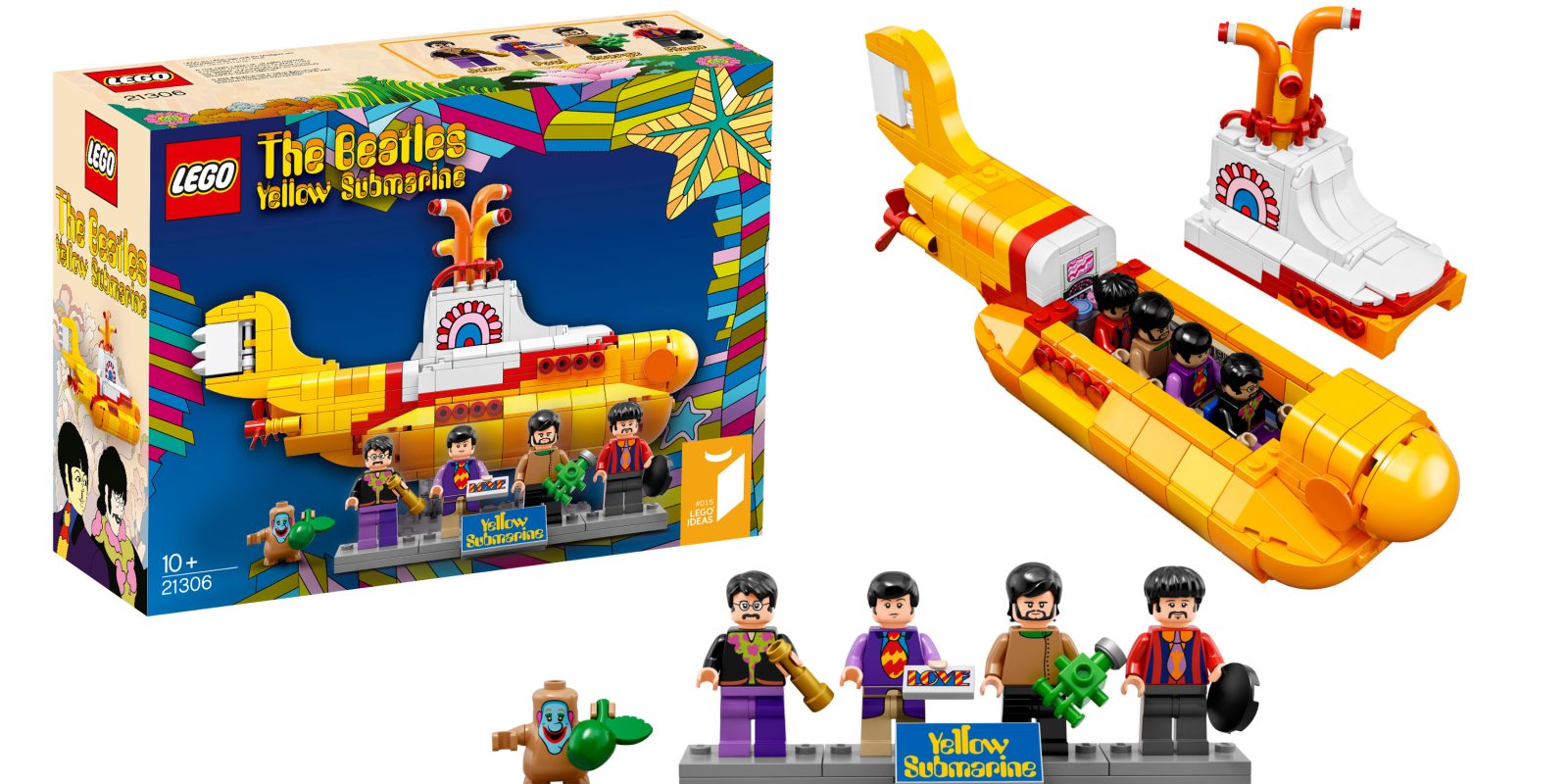 The LEGO Ideas program allows brick building enthusiasts to submit designs with hopes that they may be selected for mass production. The latest creation coming to fruition features what might be some of the most famous minifigs in history. Not only are we getting the iconic Yellow Submarine from the 1968 film, but also the Beatles themselves. The kit, courtesy of Kevin Szeto’s submission and LEGO designer Justin Ramsden, will be hitting store shelves next month.

In what will likely be one of the hottest gifts of the holiday season and one of the coolest Ideas kits yet, the set consists of over 550 pieces along with minifigs of John, Paul, George, Ringo and Jeremy (from the movie). Along with being a pretty close replica of the submarine from the film, we will get access to the cockpit as well. It will hit store shelves on November 1st at $59.99. Head below for the first official images of the set along with a little teaser video from LEGO:

You can find this iconic submarine and its legendary passengers in stores from the 1st of November, 2016 for a recommended retail price of USD 59.99 / EUR 59,99 / GBP 49.99. The set consists of over 550 LEGO bricks including the 4 minifigures representing John, Paul, George and Ringo, as well as a Jeremy figure, and is an ideal gift for fans of LEGO building and The Beatles alike, with great opportunities for role play or as a colorful, retro display piece