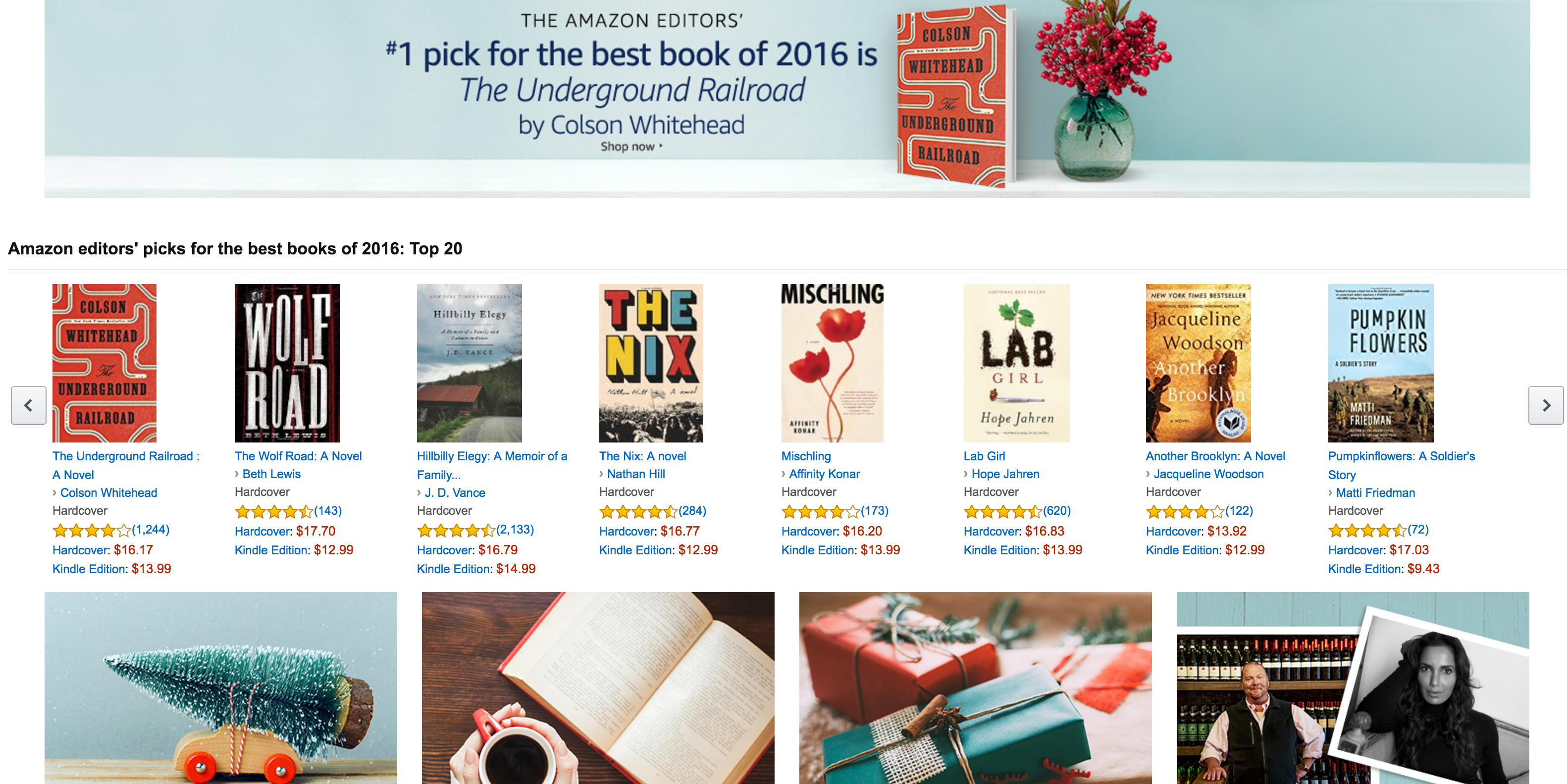 Amazon has now released its annual Best Books of 2016 selection. Highlighted by this year’s number one pick, The Underground Railroad by Colson Whitehead, Amazon editors have listed the top 100 books of the year along with a series of top 20 lists across various categories.

Perfect for helping with gift ideas over the holidays, the selections include curated categories like the Best Children’s Books of 2016, Holiday Gift Picks, Celebrity Picks and more (print and Kindle).

Here are the Top 10 picks this year:

A few interesting facts about this year’s lists: