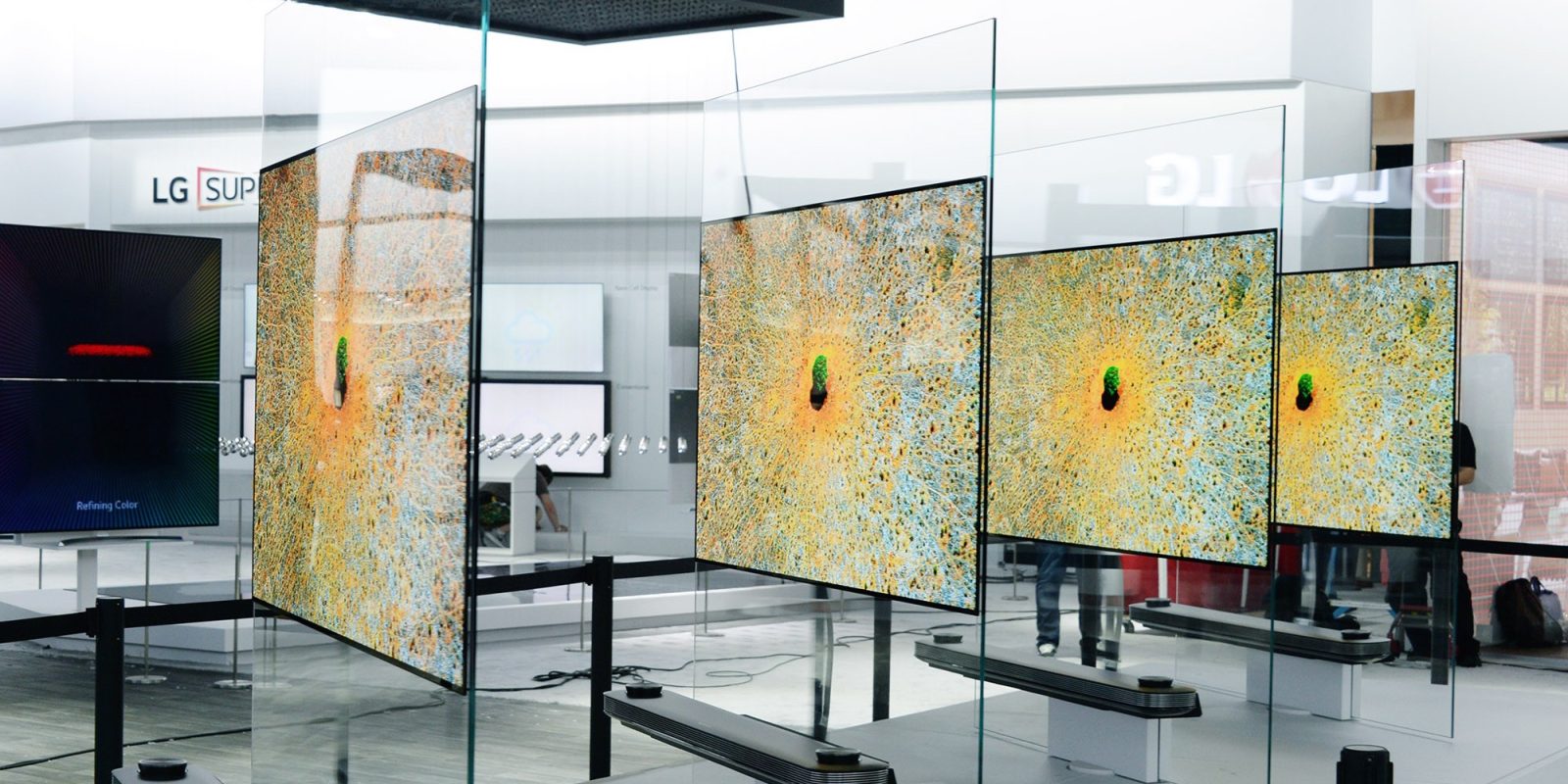 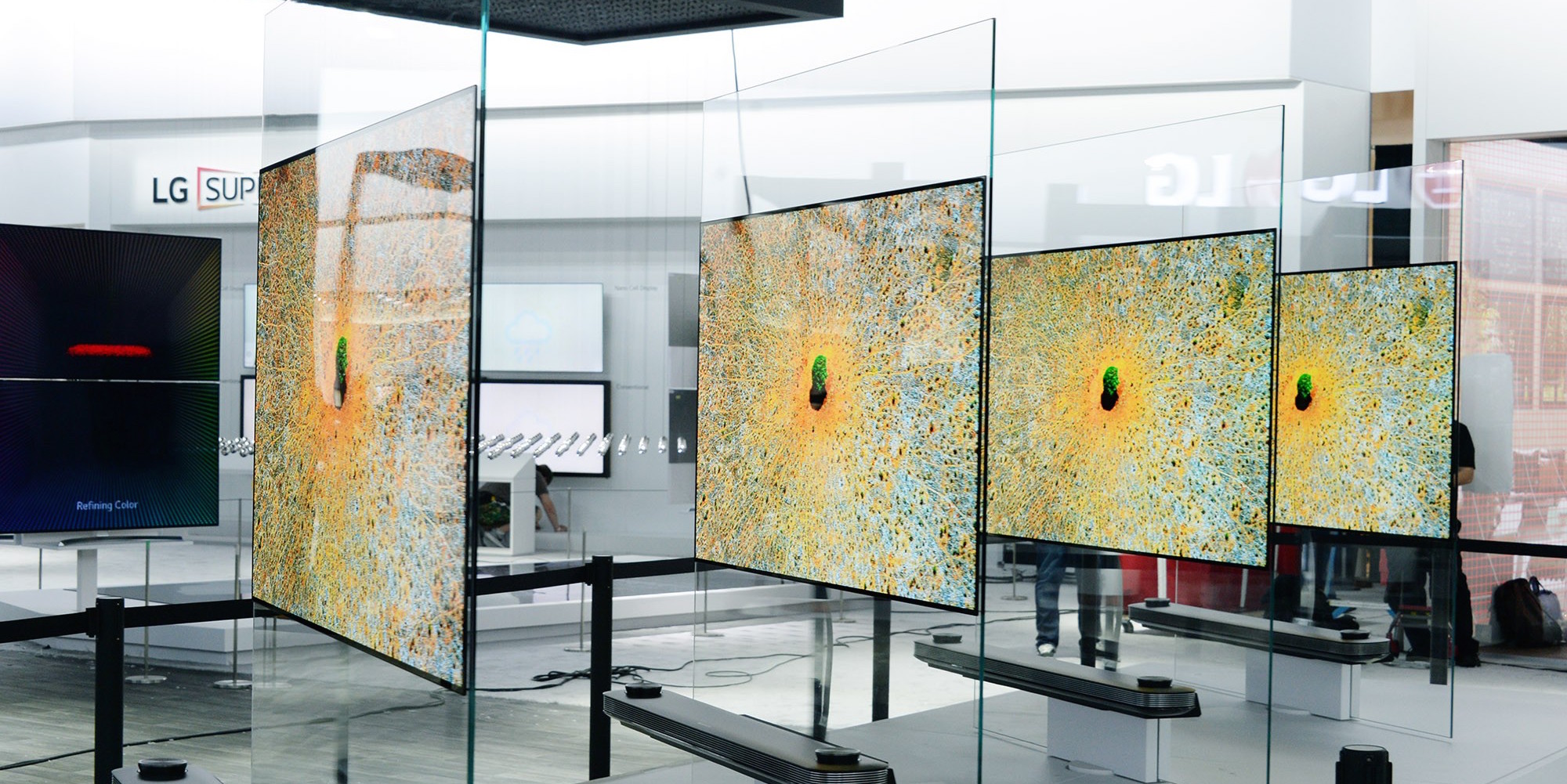 As usual, we have seen some amazing displays this year at CES, but the new LG Signature 4K OLED W-series are certainly the thinnest. The two part system allows LG to keep the brains of the operation in the under-mounted sound bar while the impossibly thin display sits atop. The wallpaper design brings the 65-inch display down to just 2.57-millimeters! More details below:

Along with the WebOS software side of things, you can expect all the usual HDR fun: HDR10, Dolby Vision, and HLG (Hybrid Log Gamma). The upcoming OLED display will ship in 65 and 77-inch configurations, but you’re stuck with the sound bar whether you like it or not due to the design of the system as a whole. However, with a display that insanely gorgeous, it might be a worthwhile trade off for some. The little speakers raise up/sink down into the base on either side of the sound bar when it’s powered on/off though, which is a pretty nice touch. 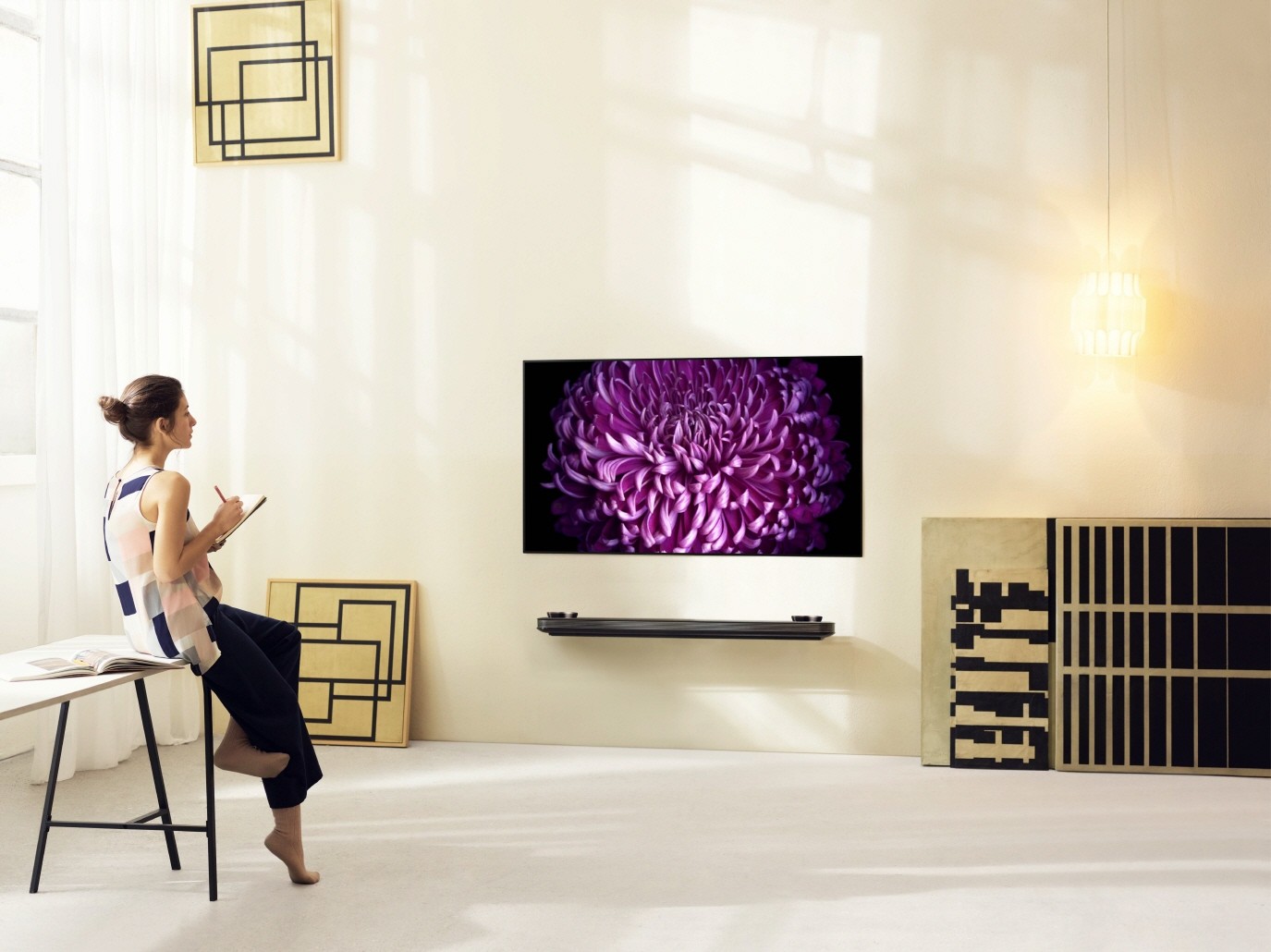 The 65-inch model will hit store shelves in February with a March shipping date, but the 77-inch model won’t make an appearance until later this year. But we are expecting Best Buy to be showing the models off as the release date draws nearer.

The innovative design of the W7 series follows LG’s “less is more” philosophy, stripping away everything to emphasize the beauty of the screen alone. The W7’s sleek razor-thin profile makes the TV appear to be levitating in mid-air, adding to the sense of immersion. The OLED panel, measuring only 2.57mm thin in the 65-inch model, can be mounted directly on the wall with only magnetic brackets, eliminating any gap between the TV and the wall. The sense of immersion is completed by up-firing speakers and unrivaled Dolby Atmos sound. This design of the W7 series invites the illusion of gazing out a window, not of watching TV.

All of the coolest new gadgets of the week are right here in our CES 2017 Guide. 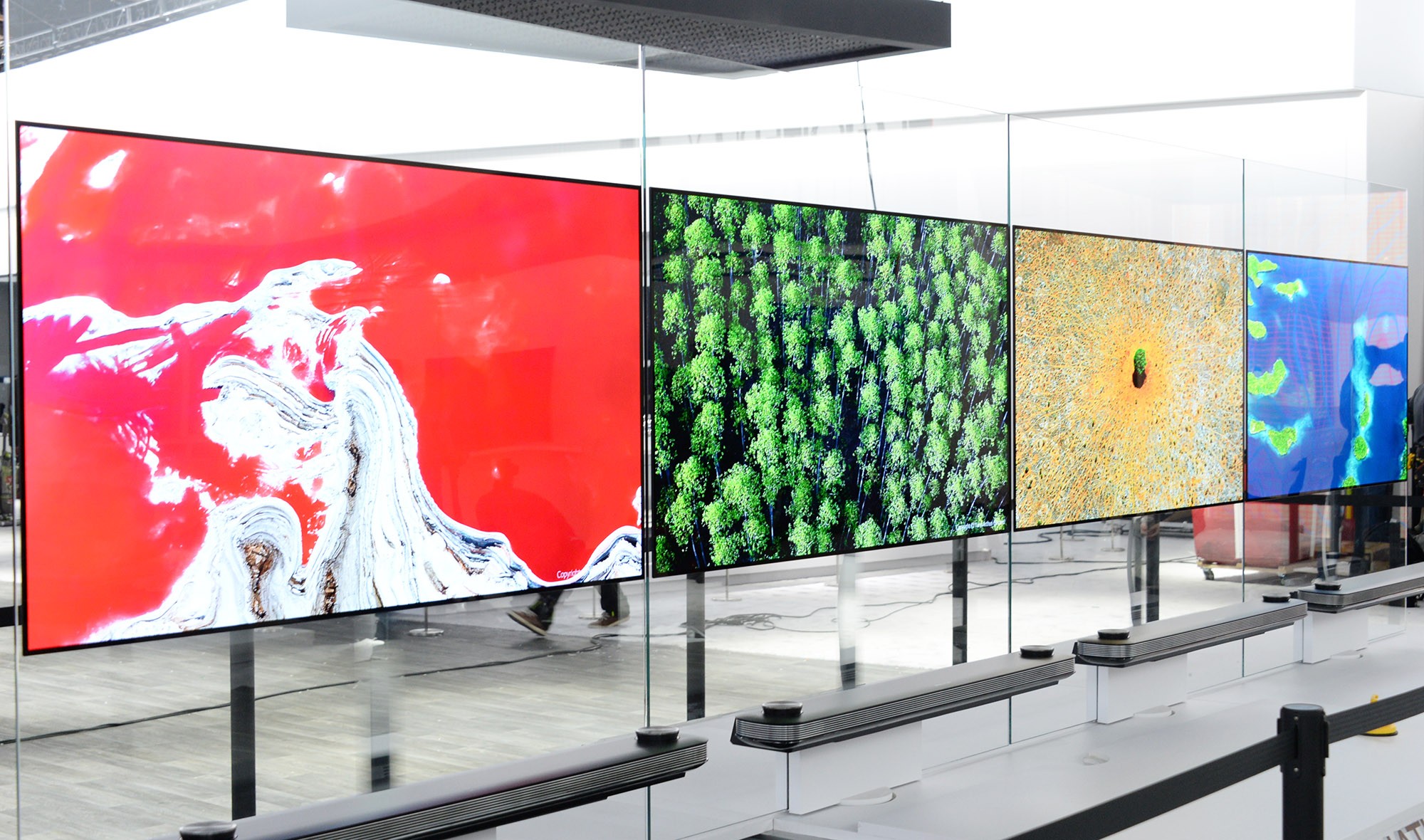