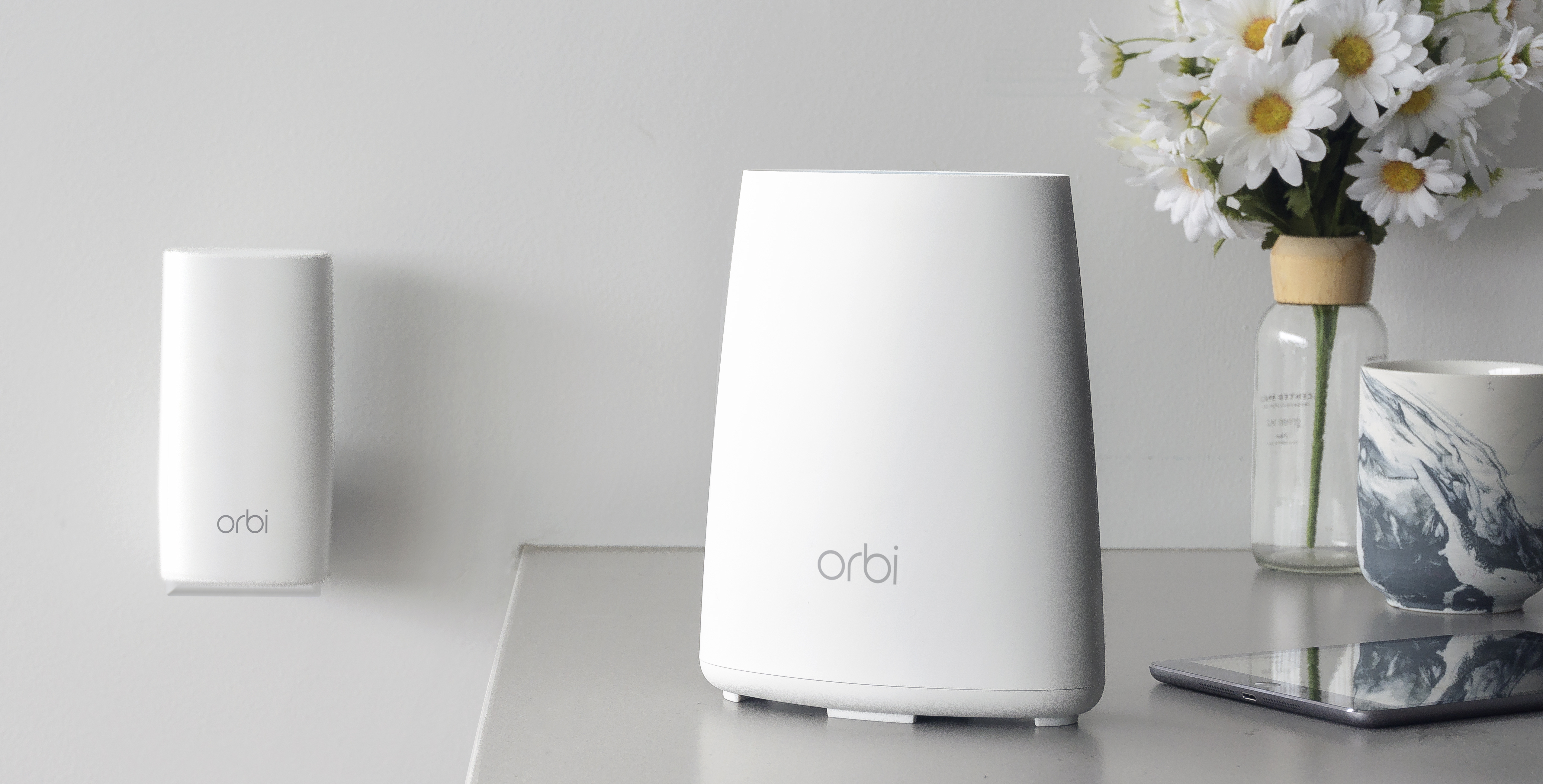 Netgear is expanding its line of Orbi Home Wi-Fi systems today with a pair of more affordable options. The previous generation Orbi system (RBK50) consists of two AC300 router units and released at around $400. Netgear’s latest offerings are looking to shave the price tag down a bit by dropping the AC300 service.

The Orbi system is basically Netgear’s mesh Wi-Fi networking platform that delivers a much greater range of coverage than a typical single router system. As you can imagine, a multi-device mesh network can be much more expensive than your typical set-up, but for some people it can be the only way to avoid those unbelievably annoying dead spots in your own home or office. Orbi also uses built-in tri-band router technology which essentially allows the units to communicate to each other more efficiently than on a traditional dual-band setup.

The first new option, dubbed the RBK40, will boast two AC2400 units while still covering the same 4,000 square feet of space for $350 MSRP. The even less expensive RBK30 will release at $300, covers 3,500 square feet and trades-off the second router unit for a wall socket range extender. Otherwise the new packages are the same as the previous gen. We are also getting the same aesthetic approach here. Netgear has opted for a home-friendly, minimalist design approach that will look great on your shelf as well.

Generally speaking a typical home Mesh network system will run your around $300 or so like the Google and eero options, and go up from there. Those systems usually bring speeds similar to the Netgear options and deliver you around 4,000 square feet of coverage. So Netgear is certainly pricing its new options fairly competitively, despite the somewhat underwhelming drop in speed. There are also a series of add-on range extenders that can be integrated to the base systems for those with exceptionally large homes/offices or with particular needs with regards to Wi-Fi coverage.

Keep in mind, while a mesh network option can be very handy, for some, it might be overkill. A basic wall-socket range extender/repeater might do the trick. They start at under $20 Prime shipped on Amazon from name brands like TP-Link and even Netgear. In most, cases they won’t offer the same speed as the mesh options, but it is worth a look if the $300+ doesn’t work for you.

The new Netgear Orbi bundles should be available in stores starting today, but we are yet to see them appear on Amazon or Best Buy.