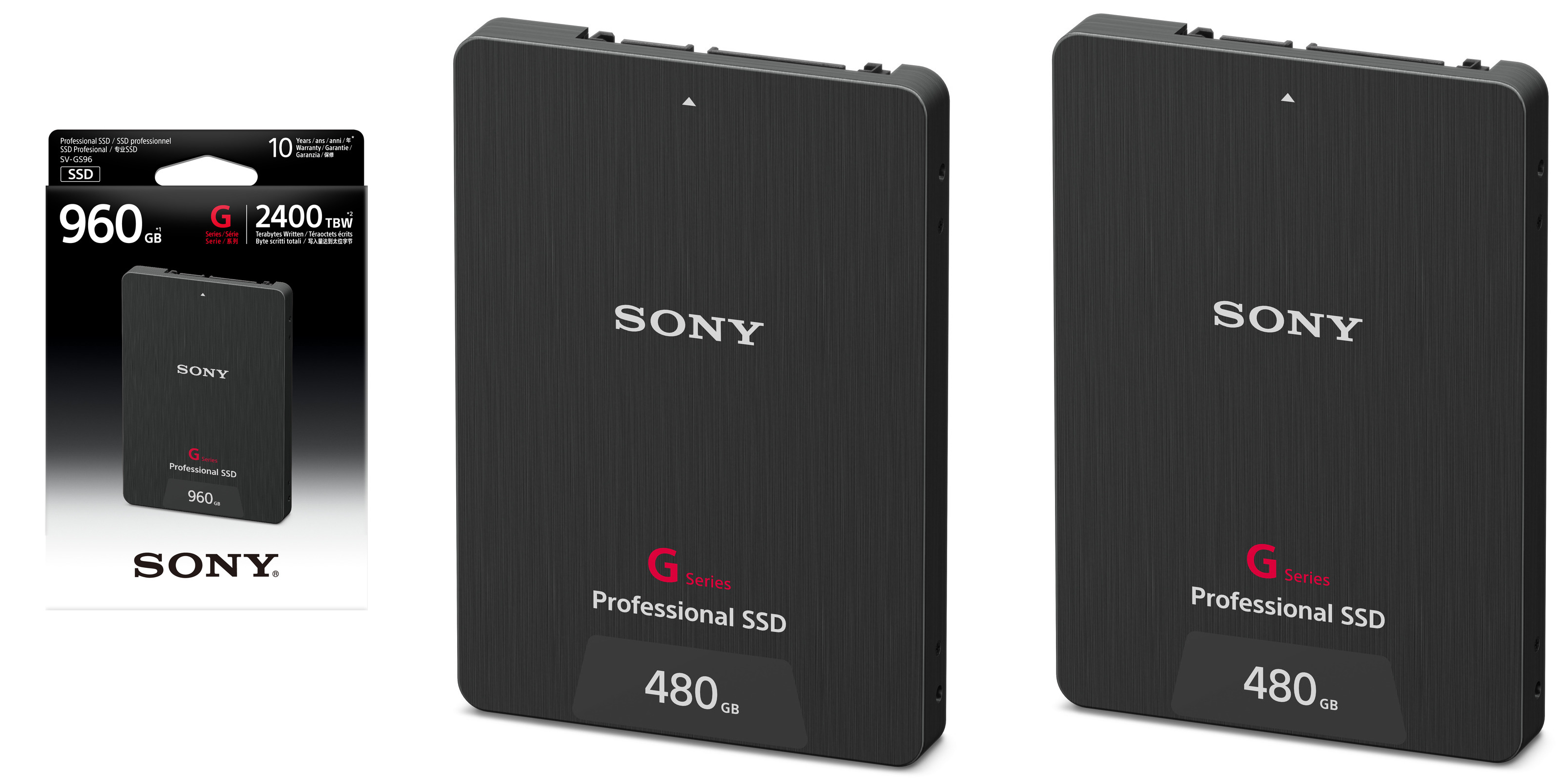 Today Sony is announcing a new line of professional series Solid-State Drives. Specifically aimed at filmmakers working with 4K video and high-end hardware, these new SSD offerings are designed to take a beating, for a really long time.

At the top of the line we have the 960GB SV-GS96 model with a 2,400 TBW (terabytes written) transfer rating. Which essentially means you can fill this thing up to capacity every day of the work week for ten years before it ever gives you a problem, according to Sony. Those lofty claims are all made possible with the company’s Error Correction Code technology.

We are also getting a smaller 460GB option with the Sony SV-GS48. While it will pack all of the same tech, it carries a 1,200 TBW rating, along with around half the storage capacity. Both models feature read speeds of up to 550 MB/s and write at about 500 MB/s. You can expect a similar speed when docked directly with your computer for direct editing.

According to Sony, not only can these new drives handle typical drops from up to shoulder height, the connector is quite durable as well. Even in “harsh conditions” the G-Series drives can withstand up to 3,000 repeated insertions and removals, which is 6 times that of its closest competitors.

The G-Series also has some kind of technology built-in that prevents “sudden speed decreases, while ensuring stable recording of high bitrate 4K video without frame dropping.” The drive’s contents will also remain safe with power outages or when removed prematurely from recording devices.

If you need this kind of robust hardware for your business or up and coming YouTube media conglomerate channel, you won’t have to wait much longer. The new Sony G-Series is scheduled for May 2017 launch. Otherwise, keep it locked to 9to5Toys for all the best deals on SSDs, hard drives, and more for the rest of us.