The Mirabook turns your smartphone into a fully functional laptop 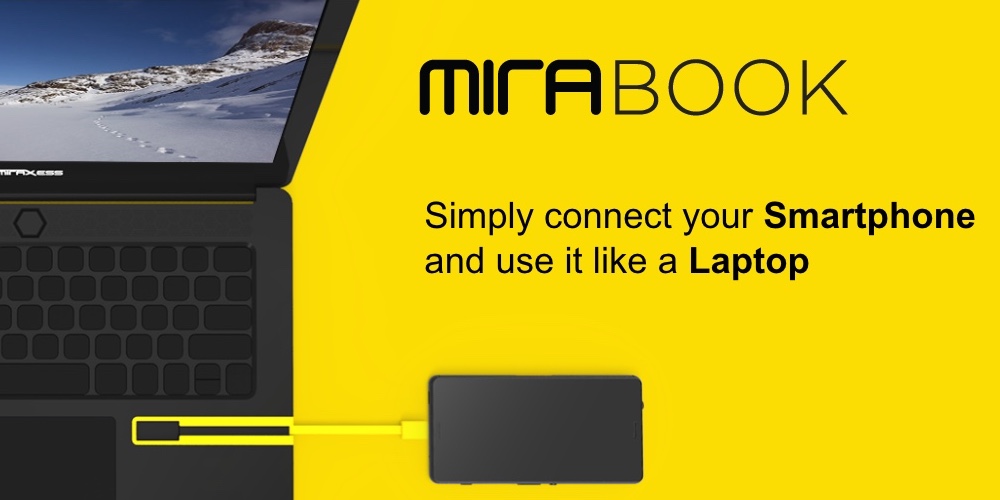 You may not even know it, but your smartphone is the ultimate pocket computer. The newest smartphones out there are super powerful, connected and practical –far less computing power was used to originally land a man on the moon! The only limiting factor is the tiny user interface. The Mirabook unleashes the power of your smartphone by turning it into a full-fledged laptop with a large screen, a keyboard and a track pad. Your smartphone is now the only computer you will need.

The Mirabook is a laptop that is completely powered by your smartphone. It’s designed for compatibility with a number of operating systems, including Dex and Continuum, as well as Remix Singularity, Oxi OS, Leena OS and Maru OS. This means it would work with Android, Windows and Ubuntu phones. Interestingly enough, iOS phones are not yet supported.

The French startup Mirateam gave it the form of a full-fledged laptop, it’s ultra-lightweight and customizable with an aluminum finish. The 13.3-inch screen offers full 1080p HD definition, is quiet and does not heat up. The battery is its greatest asset: it can be used continuously for up to 24 hours while recharging your smartphone.

This notebook was created for those who prefer their smartphone over a laptop, and wish they didn’t have to switch between devices. The Mirabook aims to improve on the smartphone user experience, providing a larger screen and full-size keyboard. This way, you have the option to type emails and when paired with a third party gaming controller, a much bigger 1080p display for your favorite smartphone games. It’s also a port-rich notebook, with an SD card slot, HDMI, 2 USB Type-A ports, a headphone jack and a USB Type-C port for charging.

A $180 investment will get you one of the laptops from the Indiegogo campaign, which will eventually have a retail price of around $299. This is an early bird price that is said to have only five days left so act soon if you want one. When it runs out, other backers will be able to pre-order a Mirabook for $199, with shipping expected to start December 2017.