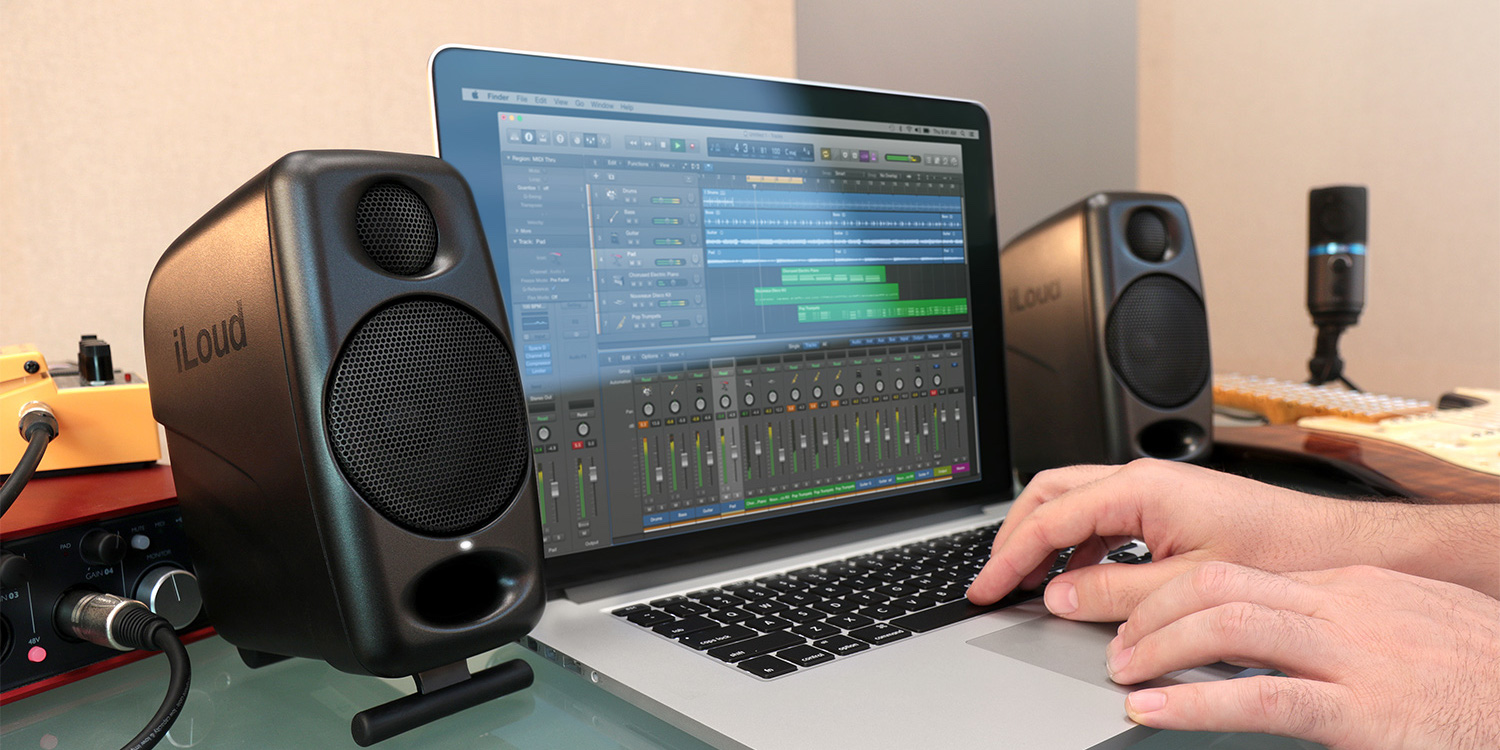 IK Multimedia is a well known company is the music production space, especially for its mobile audio interfaces and other affordable accessories. The company has a set of monitor speakers known as the iLoud Micros that promised to offer high-quality audio reproduction with a ultracompact footprint and affordable price point. As someone who has always invested quite dearly in my home speaker set-up, I thought it might be time to start auditioning some contenders for alternate, near-field monitoring options and mobile recording set-ups that wouldn’t break the bank. Fortunately, the folks at IK Multimedia were kind enough to send a pair over to the office for us to get our hands on…

These could be considered the second generation iLoud speakers from IK. Although this time around the company is specifically targeting “makeshift workspaces”, musicians on-the-go and more specifically, home project studio producers as opposed to to guitar players looking for mobile amp-like solutions.

Let’s get the specs out of the way first. These are bi-amped 50W RMS powered speakers with class D power amps and a frequency response that reaches down to about 55Hz, according to IK. Each monitor carries a 3/4-inch silk dome tweeter and a 3-inch woofer made of something the company refers to as a “high-rigidity custom composite material”. 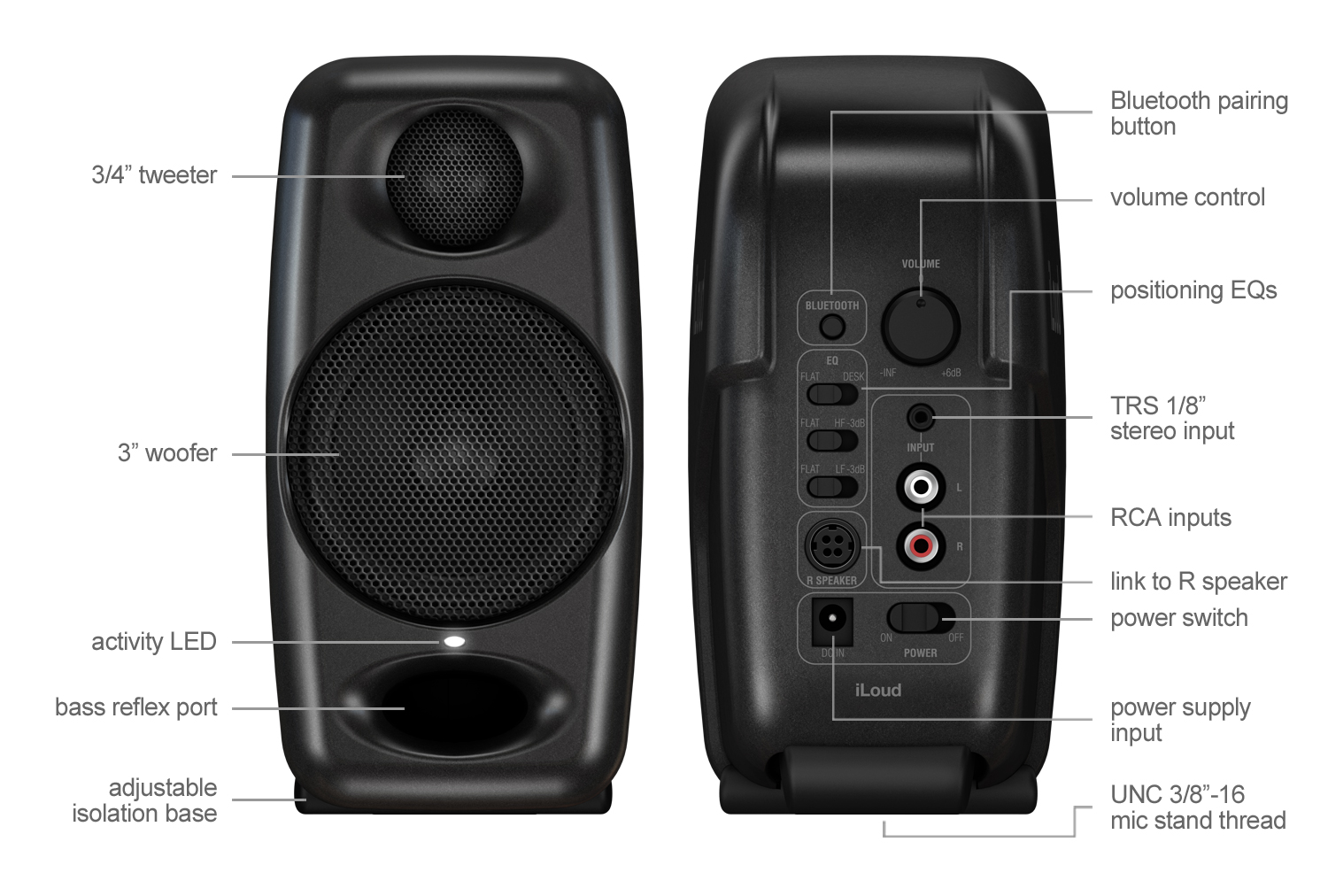 Along the backside you’ll find all of the I/O  and other connectivity options including 1/8-inch stereo mini-jack/RCA inputs, volume control, power switch and a jack to connect the two speakers together. While it may seem trivial, two of my biggest gripes here are the required 1/8-inch mini jack inputs and the cable to link the two speakers together. For some this may be ideal, but for me, the lack of typical 1/4-inch/XLR inputs and the mandatory Link cable between the two speakers is a little cumbersome. In mobile setups this can be nice, but at home, with an interface and my main monitors already setup, not so much. 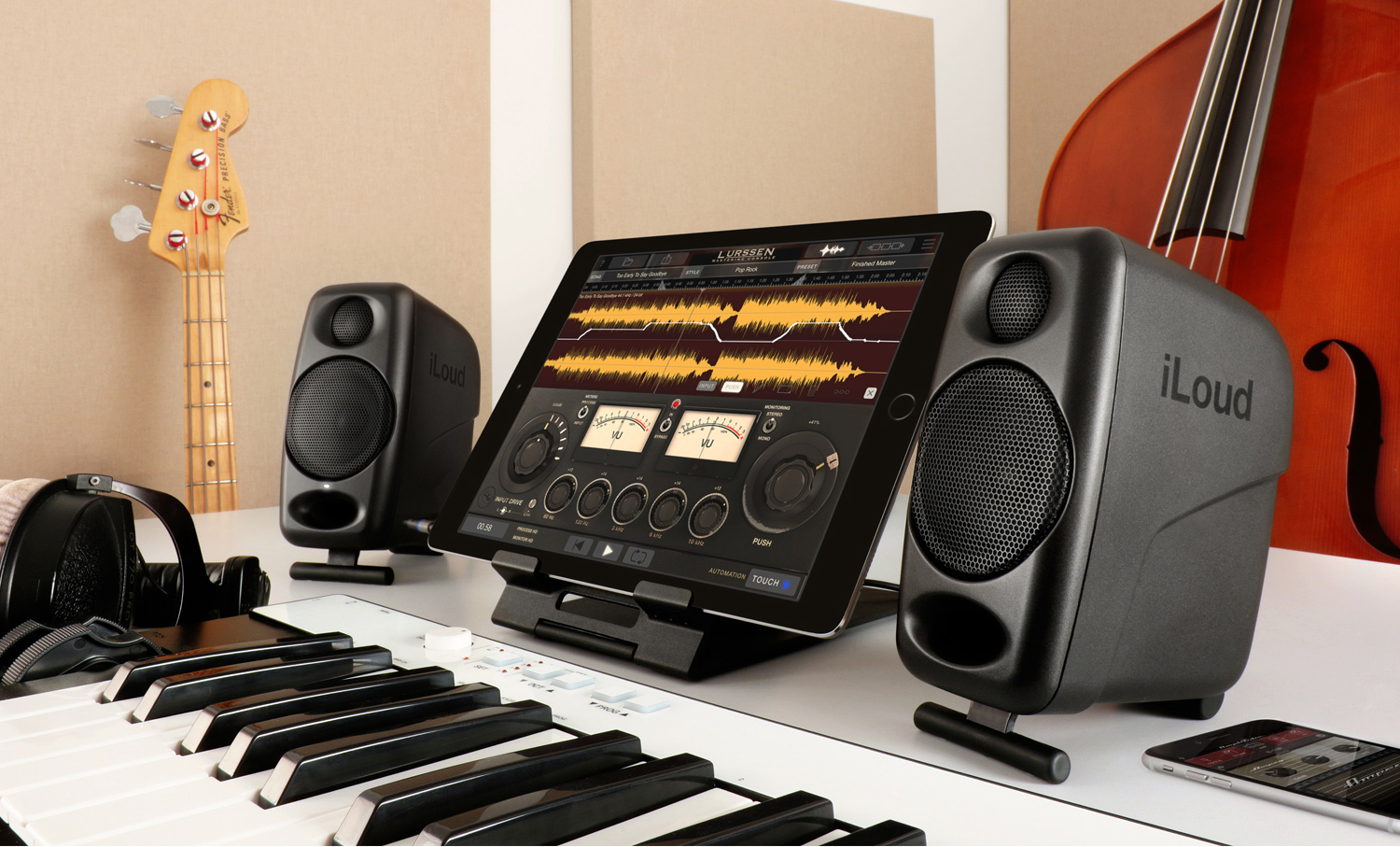 However, at under $300 the Micros actually pack in some pretty impressive features you might not necessarily expect to see in the prince range, along with some almost never found in higher-end monitoring solutions. First of all, they are fully Bluetooth compatible, so you can fire off audio from your phone or iPad whenever you like. This can be a very useful feature in studio sessions when a client/co-writer wants to quickly throw on a song for reference or something along those lines.

We also get the ability to mount them up on on standard mic stands with the under-mounted threading (UNC 3/8”-16) and an integrated “isolation base” that allows us to incline the speakers at two different angles to suite our needs. Almost never do we see these three features on professional, high-end monitors no matter how much you spend, and all of them can be very handy when it comes to makeshift or small home studios. 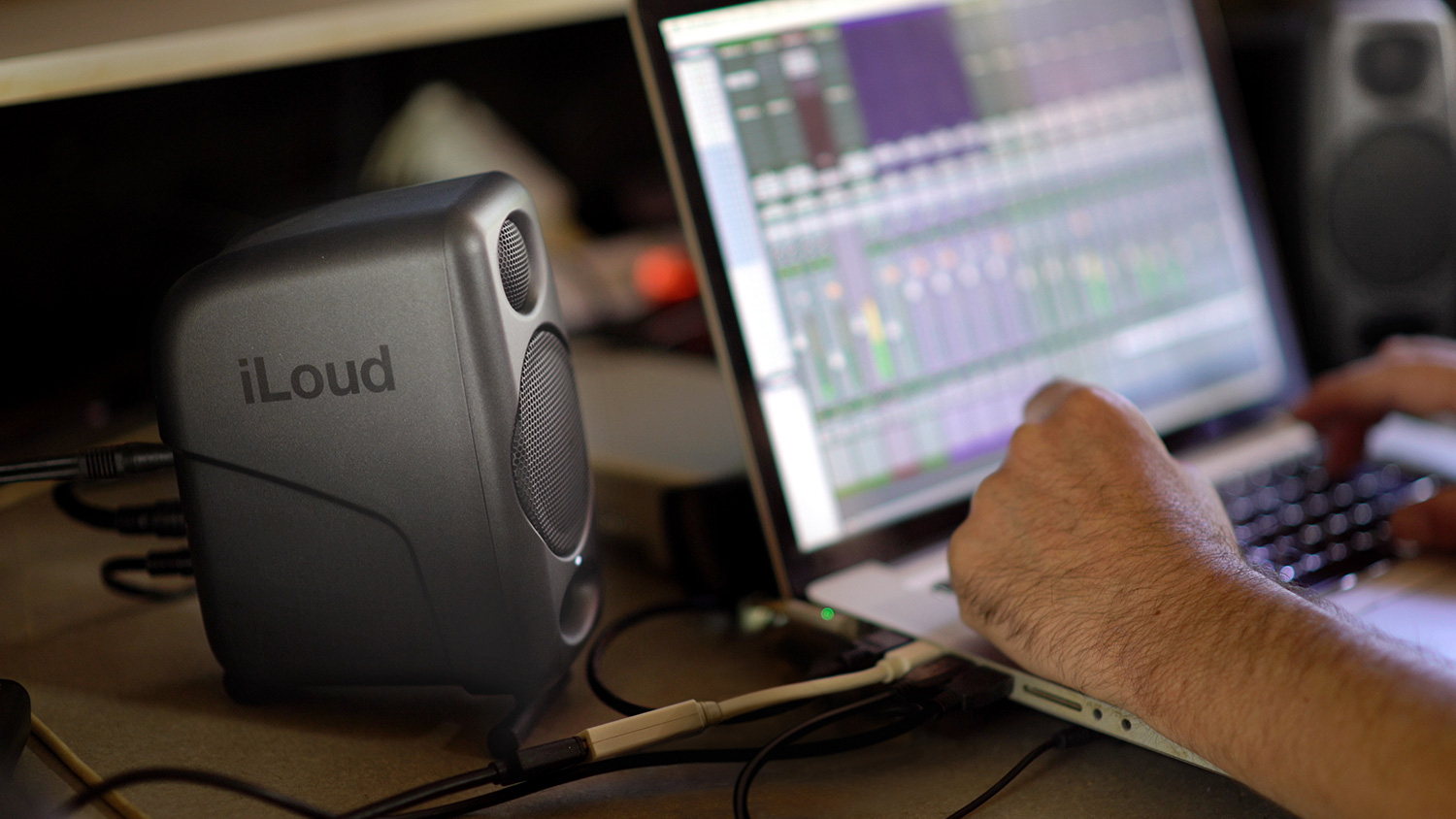 In my time with the little speakers (they stand no taller than your MacBook Pro display) I was actually impressed with the audio performance. No one is expecting them to sound like a pair of VXT 8s or something, and they certainly don’t, but I was genuinely pleased with the clarity and accuracy of the reproduction here. It sounds more like they max out around 60Hz on the bottom to me but feature a nice bright top end and good clarity in the vocal range. I quite enjoyed A/B-ing my mixes between these and the KRK’s over the last week or so and can easily see myself popping them in the carry bag to take on guerrilla-style recording sessions and hotel room iPad jams. 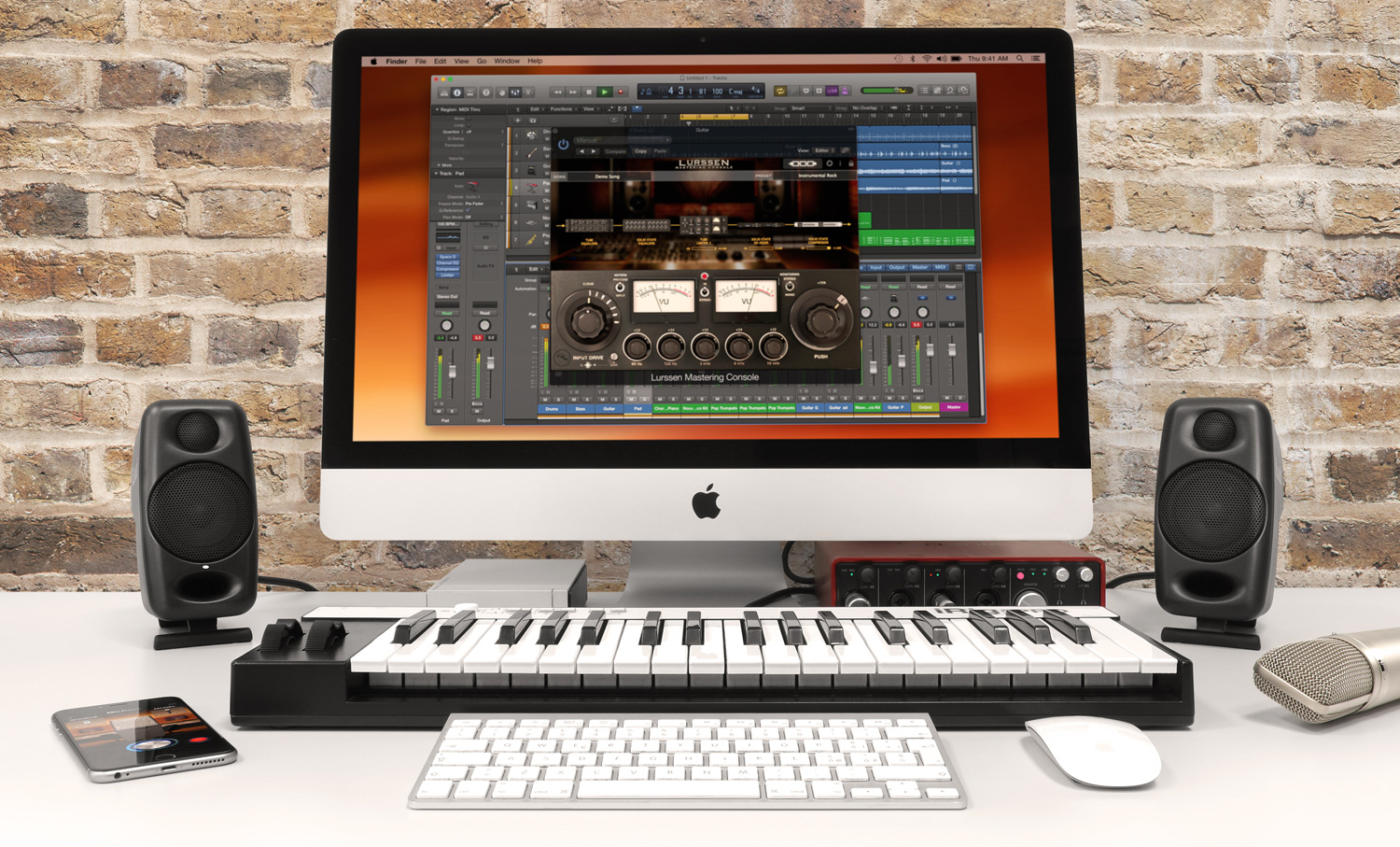