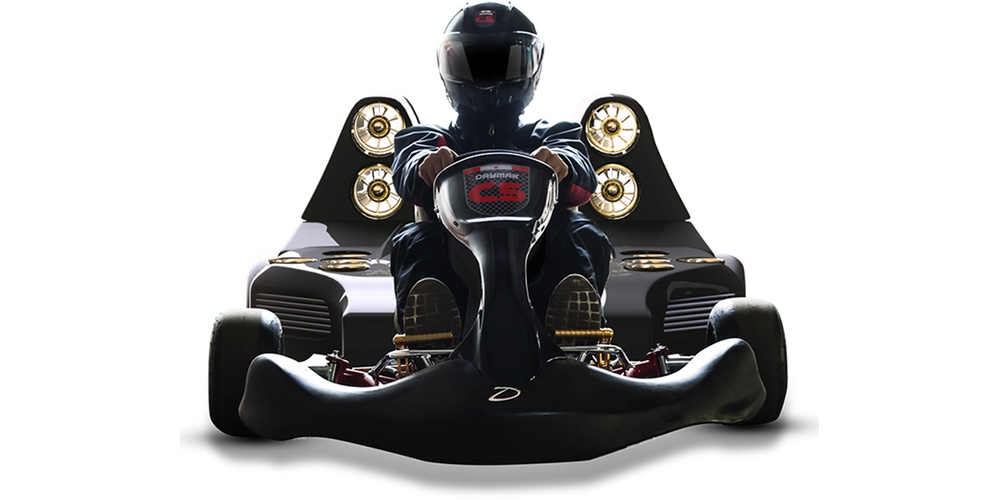 Daymak is a Toronto-based company that designs, develops and distributes light electric vehicles (LEV’s). As one of Ontario’s greenest companies, its mission is to become the leader of LEV’s and to “reduce the CO2 emissions one electric vehicle at a time.” Its latest vehicle, the Daymak C5 Blast, has already been dubbed the fastest Go-Kart on the planet and the company expects to shatter all sorts of records with it.

This super fast go-kart is 100% electric and will reach speeds of 0 to 60 in less then 1.5 seconds. It will be slightly faster than the Tesla P100D. The current speed record is being held by Hochschule Osnabrück Institut MuT, which was clocked at the speed of 0 to 60 in 2.635 seconds. Even though an electric motor can serve up 100% of its power instantaneously, the vehicle it’s propelling forward still has to be able to overcome the laws of physics if it wants to turn that power into a record-breaking time. And that’s what makes the Daymak-C5-Blast so innovative. It uses 12 electric motors that provide a combination of forward momentum and upward thrust.

The specs on this vehicle are truly amazing! It features a liquid cool 10,000w watt motor, Daymak Drive controller, 8 EDF motors for combined output of 96kg of upwards thrust and 4 rear EDF motors for 60kg of forward thrust. The go-kart only weighs about 200kg, but after turning it on using the EDF motors the weight goes down to approximately 100kg, making it extremely light and fast.

The preliminary testing has the cart hovering around the record and it’s only in its alpha stage so far. “We went through all this effort to break the record so we figured Hey might as well smash it!” said, Akili Sylvester, Lead Project Manager for the project.

“This technology could be applied to any vehicle and give boosting power unheard of before. If you want to go faster call us! We will make your car fly!” states Aldo Baiocchi. Daymak’s plan is to have Guinness Book of World Records to officially validate their current statement soon.

Daymak admits that the technology is still at the early stages so hasn’t said exactly how fast its world’s fastest go-kart will go, but the company still plans to sell two different versions, with very different price tags 1.) Daymak C5 Blast regular with only 1 motor retailing for $9,999 USD and 2.) Daymak C5 Blast EDF model for $59,995.