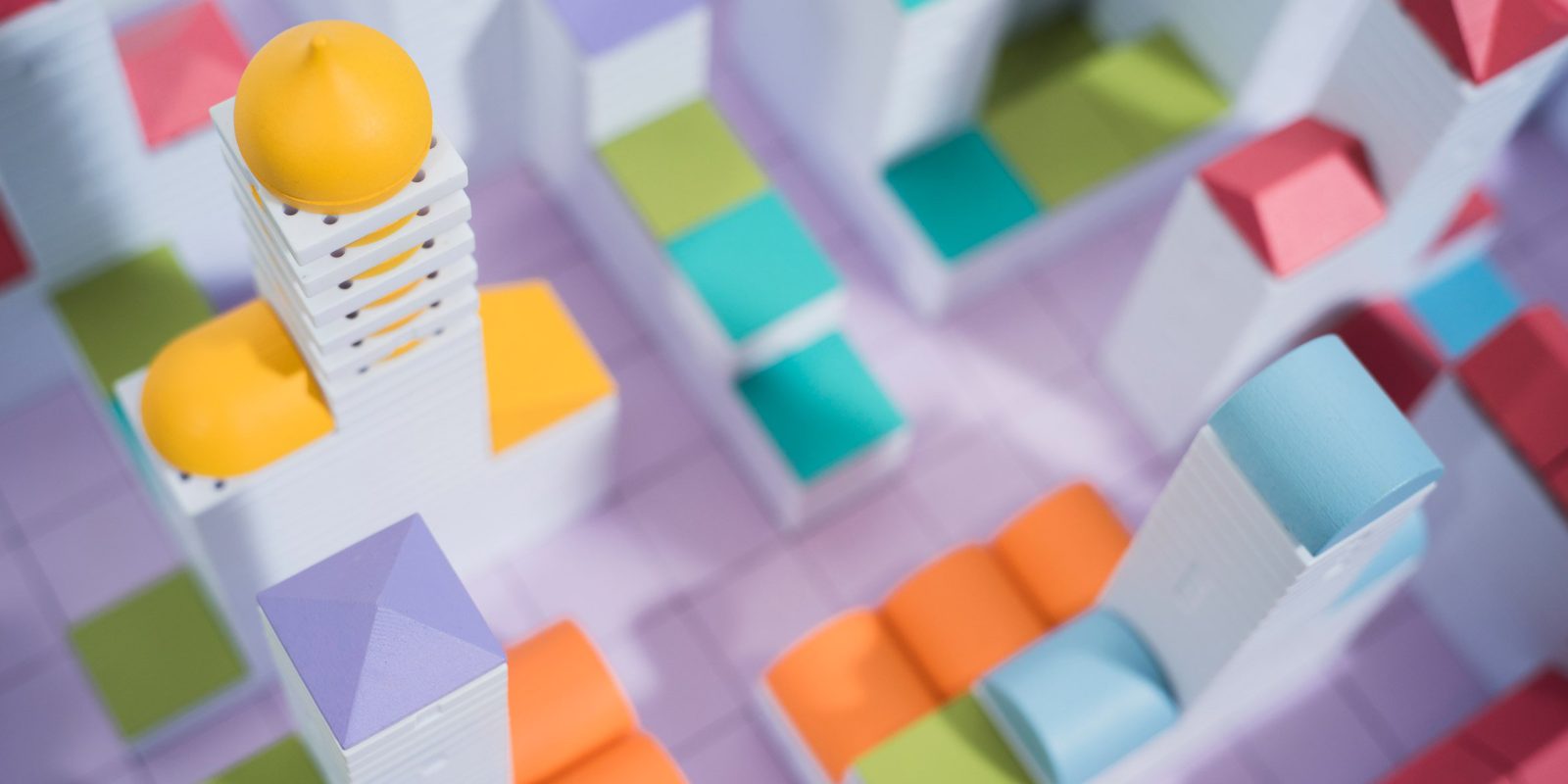 If you’ve ever thought about building your own cityscape models but felt limited by what you could construct with LEGO or other similar blocks, then take a look at the Kickstarter Arckit. This system features three-dimensional modeling sets that are designed for building professionals, aspiring designers and of course children too.

Traditional methods of model building involve certain cut and glue type techniques and 3D drawings, but these kits provide the same “tactile experience” with out any special skills required. The company was founded by an Irish architect Damien Murtagh after the recession hit in 2008. Murtagh decided that fabricating scale models to show to his clients was too expensive, especially because the model would often get tossed after the contract ended. He began to create small pieces that would snap together and could be used again and again to make scale models.

Arckit provides reusable building blocks that have some similarities to LEGO with interchangeable parts and pieces, however, they’re more tailored for constructing models. Arckit’s new city modeling kits give anyone, enthusiasts and professional urban planners alike, the chance to quickly experiment with simple and complex layouts in a almost unlimited way.

Arckit now has twelve new modeling kits in its Kickstarter campaign in the categories of Arckit Cityscape and Arckit Masterplan. The kits have been developed for all ages, but, the Cityscape XL, Cityscape XXL, Masterplan, and Masterplan Pro are more geared for professional-level models. Each kit includes unique components inspired by iconic real world architecture and the components are available in white or various colors.

“From developing suburban neighborhoods to downtown skyscrapers, city parks to piazzas, now designers of all ages can experience what it’s like to be a real architect or city planner,” stated the company. “Arckit allows you to create your very own miniature model worlds complete with subtle colors and graphics – then stand back to marvel at a true 3D perspective of your masterpiece.”

The ArcKit Kickstarter campaign has 23 days left to earn $32,000 and if all goes as planned they will ship in September of this year. In the meantime, you can get in on the Early Bird special and get a kit for only $20.

If you’re looking for something similar but can’t wait for September, Amazon has LEGO Architecture kits from around the world. So now you can start building your city models from the Lovre to the New York City Skyline and more.