How to get started collecting digital comics 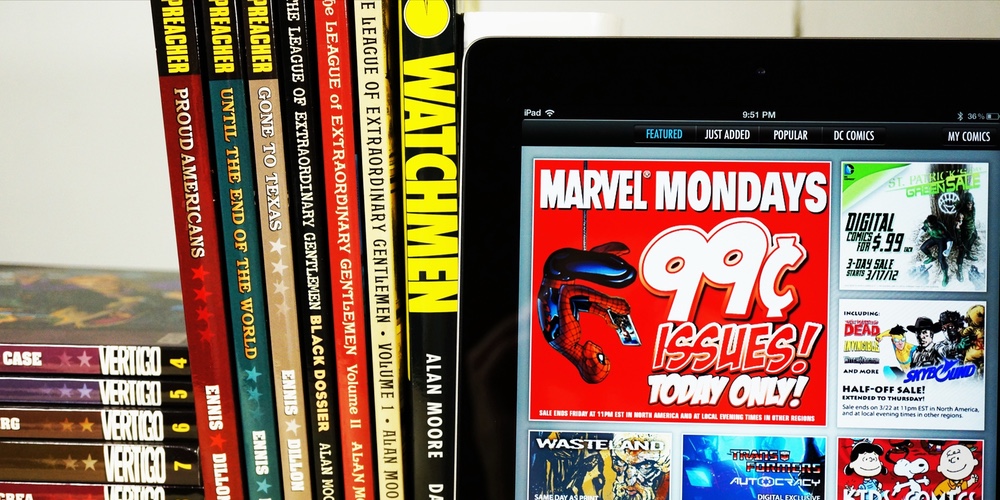 Comic book characters have been flooding into film these past few years. Some say this is the golden age of comic book movies and with all the different titles coming out, it’s hard to argue with that claim.

Most of us can say with some certainty why Bruce Wayne decided to become Batman, or how Superman gets all of his powers, but what about lesser known heroes? Also, where do you go to get back stories and older comics? If you’ve been looking into starting your own digital comic collection or just want to know where to get a few issues. We’ve tried to answer a few common questions about finding comics online.

Where can i find back issues/older comics on characters from movies or TV shows?

How do I build my digital comic book collection?

How much do Digital Comics Cost?

Basically with all these services, you just pay a monthly fee (usually around $10) and read as much as you can can take. The only catch is that you have to wait several months for new issues to show up. Still, it’s a great way to get caught up on more than a half-century’s worth of back issues.