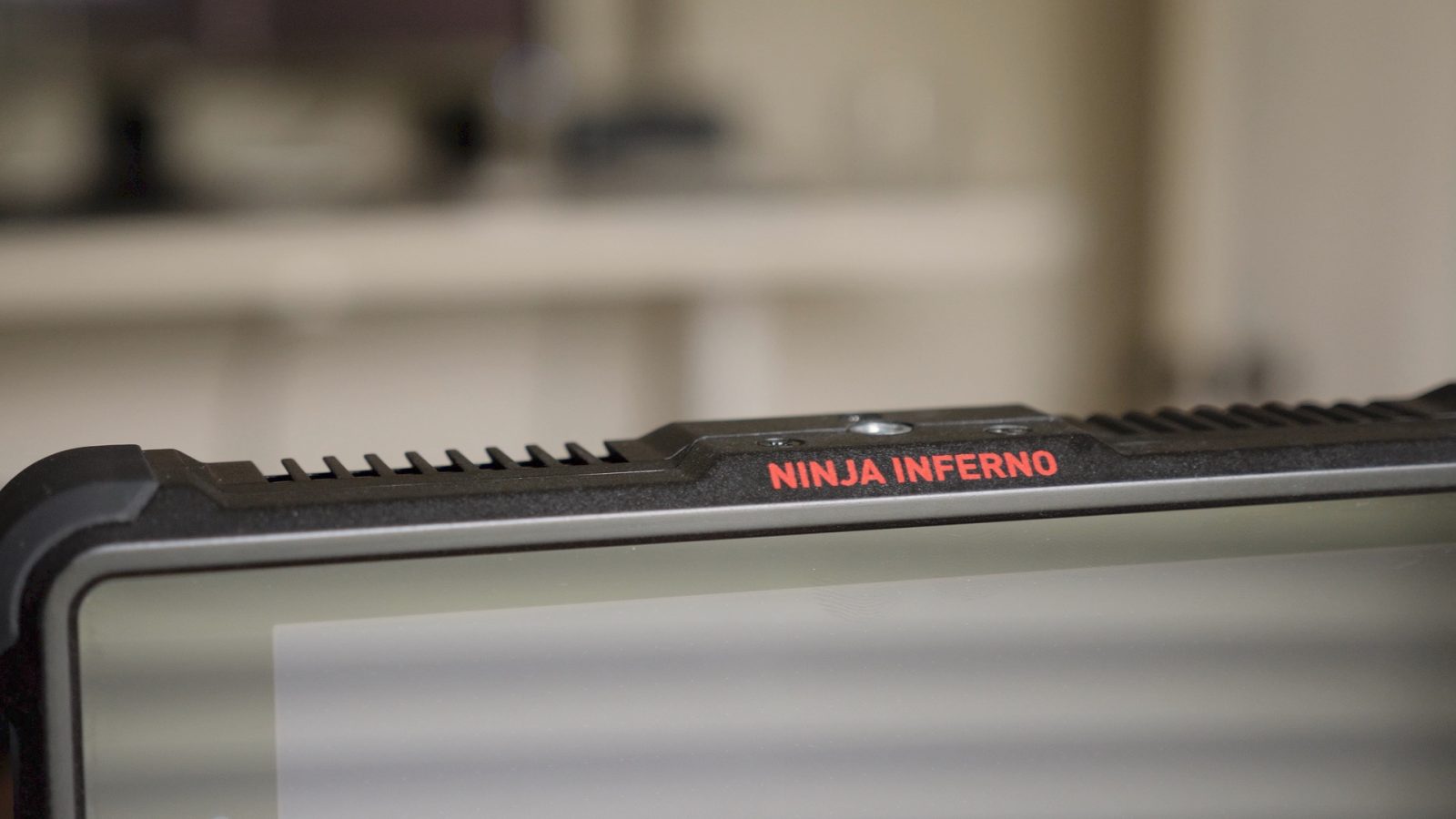 The Panasonic Lumix GH5 is a groundbreaking new Micro Four Thirds camera that brings 4K60p video to the masses. The camera, which we recently highlighted in a post and video, comes with a plethora of new features to help creatives take their videography to the next level.

Although the GH5 is capable of shooting great-looking photos, this is, for all intents and purposes, a video camera. In fact, I bought the GH5 strictly due to its video-taking abilities, and have already implemented it into my YouTube workflow.

As nice as the GH5 is by itself, the camera really shines when paired with the Atomos Ninja Inferno — a 4K external recorder that also works as a composition and playback monitor for your videos. The $995 Ninja Inferno is an investment, but it’s one that I think will pay off in the long run. In this post and video, I highlight 10 features about the Atomos Ninja Inferno that make it such a wonderful GH5 companion.

The Atomos Ninja Inferno records video directly to SSDs, which means that a large SSD can afford a significant amount of recording time. The $995 unit comes with a single Master Caddy to house an SSD, but you’ll need to supply your own drive. Thankfully, I had a few SanDisk Ultra II drives available, and these work well with the Inferno.

In all, I’m able to record over four hours of 4K24p using ProRes 422, and nearly three hours of ProRes 422 HQ. For 4K60p, I can record just over an hour of ProRes footage using HQ settings. Indeed, high quality 4K ProRes footage eats up storage at a ridiculous space.

One of the GH5’s groundbreaking features is that it can shoot 4K video at 60 frames per second internally. That’s not a feature that you’ll normally find on cameras in this price range.

Notably, the GH5’s internal 4K60 is limited to 8-bit capture, which is okay for general usage, but harder to work with if you plan on doing lots of post-production color grading. The Ninja Inferno helps users bypass this limitation by enabling full 10-bit 4:2:2 4K60 recording. If you plan on grading your 4K60 footage, then the Ninja Inferno is a smart choice.

If you don’t require support for 4K60, then you can save money and purchase the $795 Atomos Ninja Flame, which includes all of the features from the Inferno minus the 60p support for 4K.

One of my favorite things about Atomos’ line of external recorders is that they can shoot directly to ProRes or Avid DNxHD format. Shooting to ProRes, an intermediate codec, not only ensures high quality footage, but it’s also super easy to work with in Final Cut Pro X. You’ll find that even lesser-equipped Macs can generally handle ProRes well in Final Cut Pro X, while the same Mac may struggle to work with H.264 files. 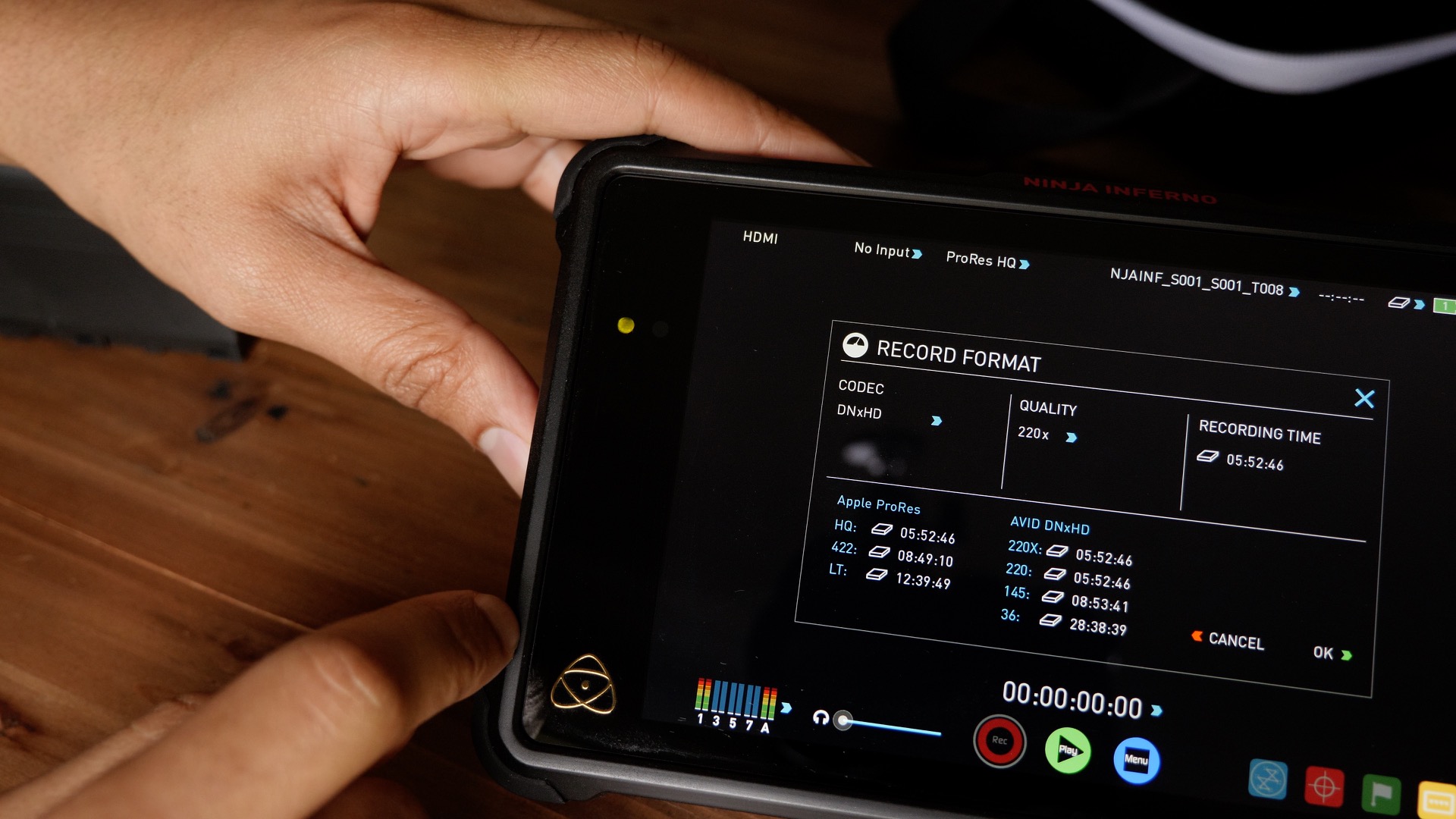 Inside of each Atomos Master Caddy II lies a user-installed 2.5-inch SSD that’s used to store all recorded media. The great thing about using SATA drives, as opposed to traditional SD Cards, is that moving that data to your computer is much faster. For example, I can use StarTech’s USB-C to SATA adapter to transfer large ProRes files to my MacBook Pro in just a few minutes. Considering that my MacBook Pro doesn’t even have an SD Card slot, recording directly to SSDs is not only much faster, but more convenient. 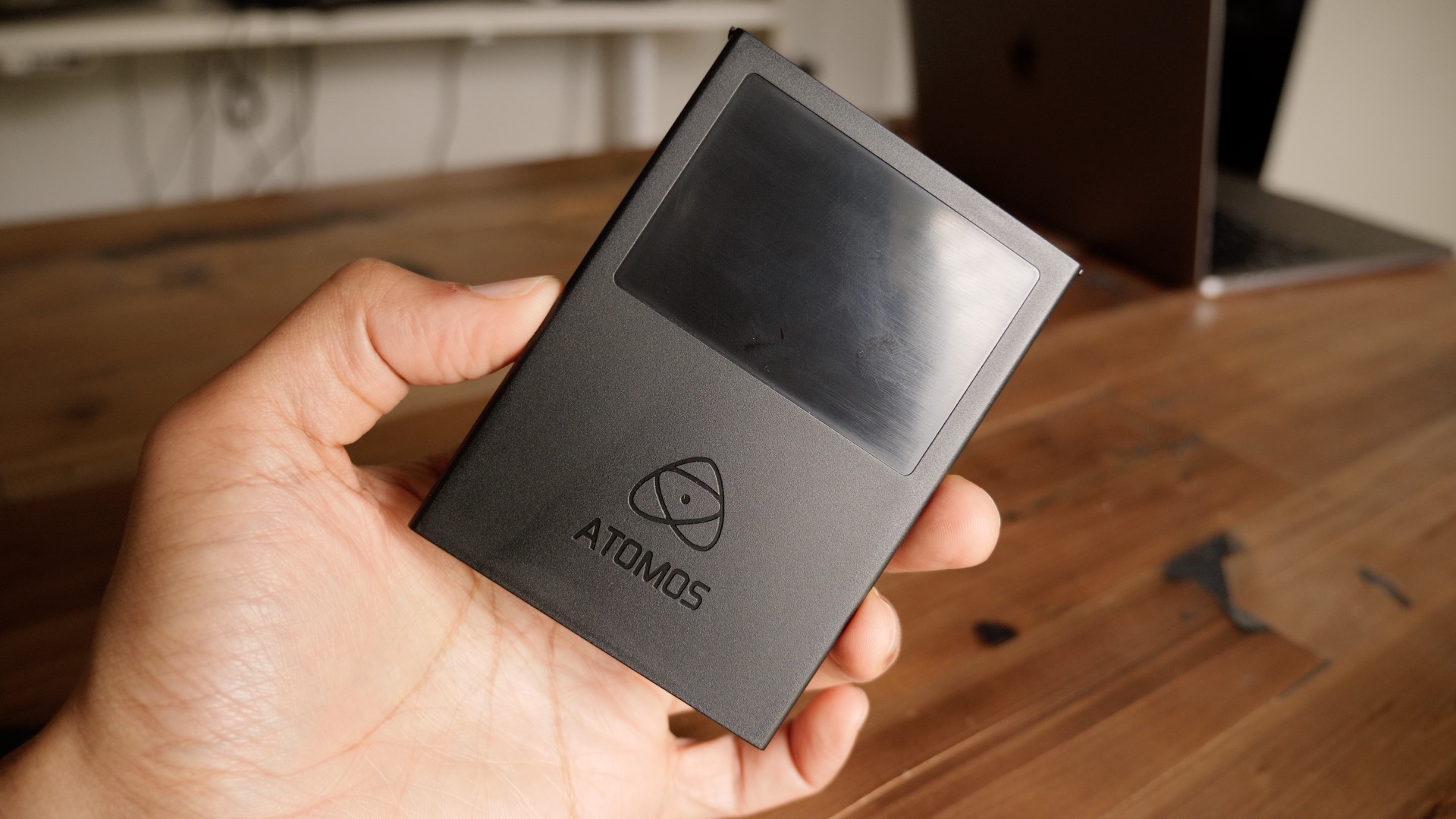 Less wear and tear on SD Cards, slots and doors

SD Cards aren’t very robust, and in my experience aren’t built well enough to stand up to repeated insertion and removal day in and day out. I also find that such activity can wear on the camera itself, the SD Card slots, and the door that houses the slots. With the Atomos Ninja Inferno, I no longer have to interface with easy-to-lose and easy-to-damage SD Cards. As a result, I reduce wear and tear on the camera itself.

The GH5’s articulating screen is a blessing for anyone who shoots video, because it allows users to frame shots from just about anywhere. Yet, even with such an articulating display, it pales in comparison to the large 7-inch screen that comes with the Atomos Ninja Inferno. 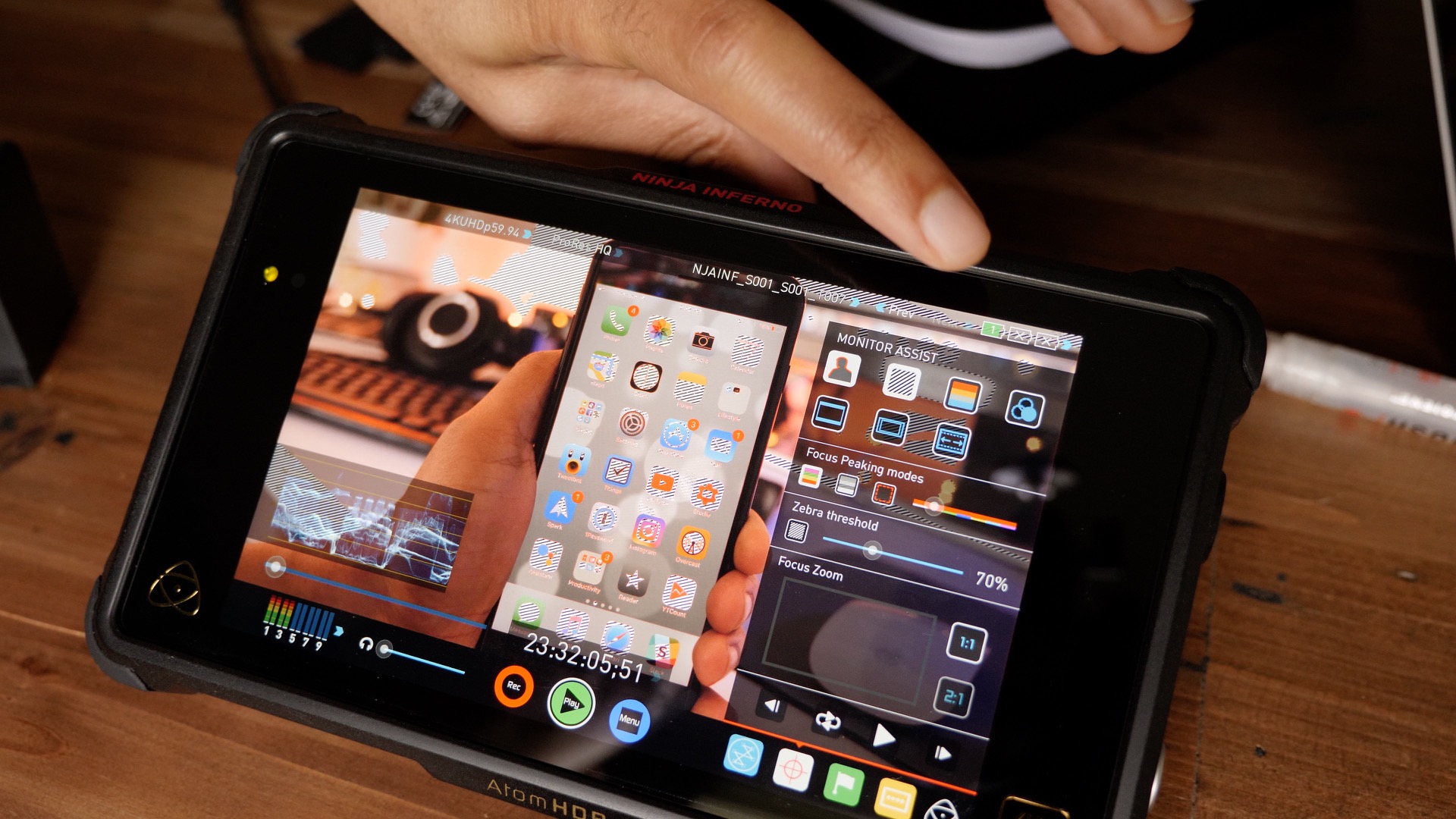 But size is only one part of the equation — it’s the brightness, 1500 nits in fact, that makes the Ninja Inferno’s 10-bit display stand out. If you’ve ever tried to frame a shot in direct sunlight using an LCD display, you understand how difficult it can be to see the screen in bright conditions. The Atomos Ninja Inferno’s 1500 nits of brightness will help offset those conditions when shooting outdoors.

The Ninja Inferno can take advantage of the high brightness range of LOG footage coming from your camera. By selecting the AtomHDR option while recording, users can view a properly exposed image on the high-bright 10-bit display, without resorting to reducing the dynamic range of the shot.

It can also be used as an HDR editing/grading monitor thanks to its PQ HDMI input. Users can pipe in a signal directly from compatible NLEs and accurately monitor the image in ways that most consumer monitors simply aren’t capable of doing.

Unfortunately I haven’t been able to personally test this feature, because I’m still waiting for Panasonic to ship me the VLOG installation key.

The Ninja Inferno features two spaces to accommodate dual Sony-style NPF batteries simultaneously. When one battery dies you can swap it out and replace it with a fully charged battery without experiencing any interruptions or breaks in monitoring or recording. 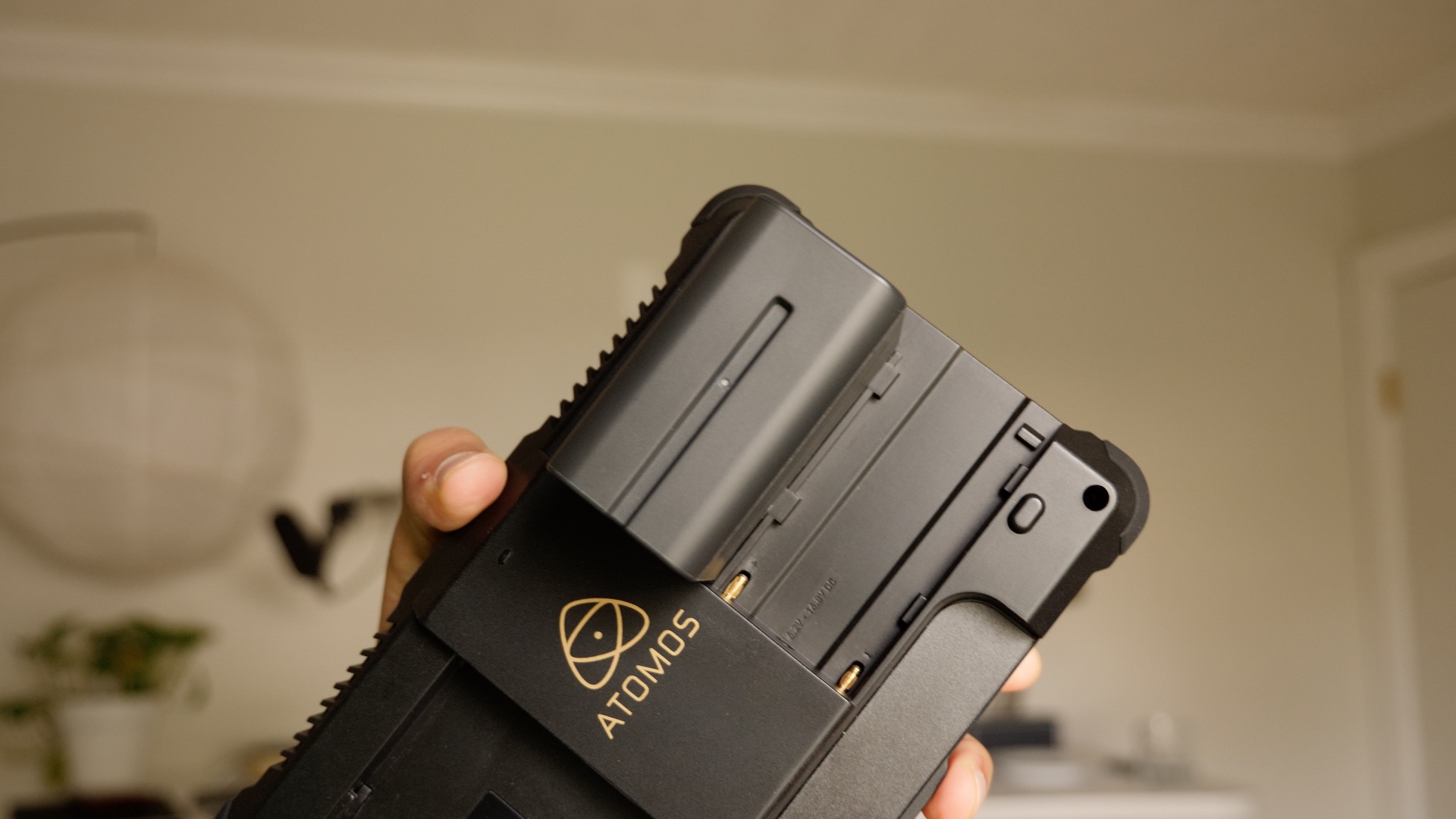 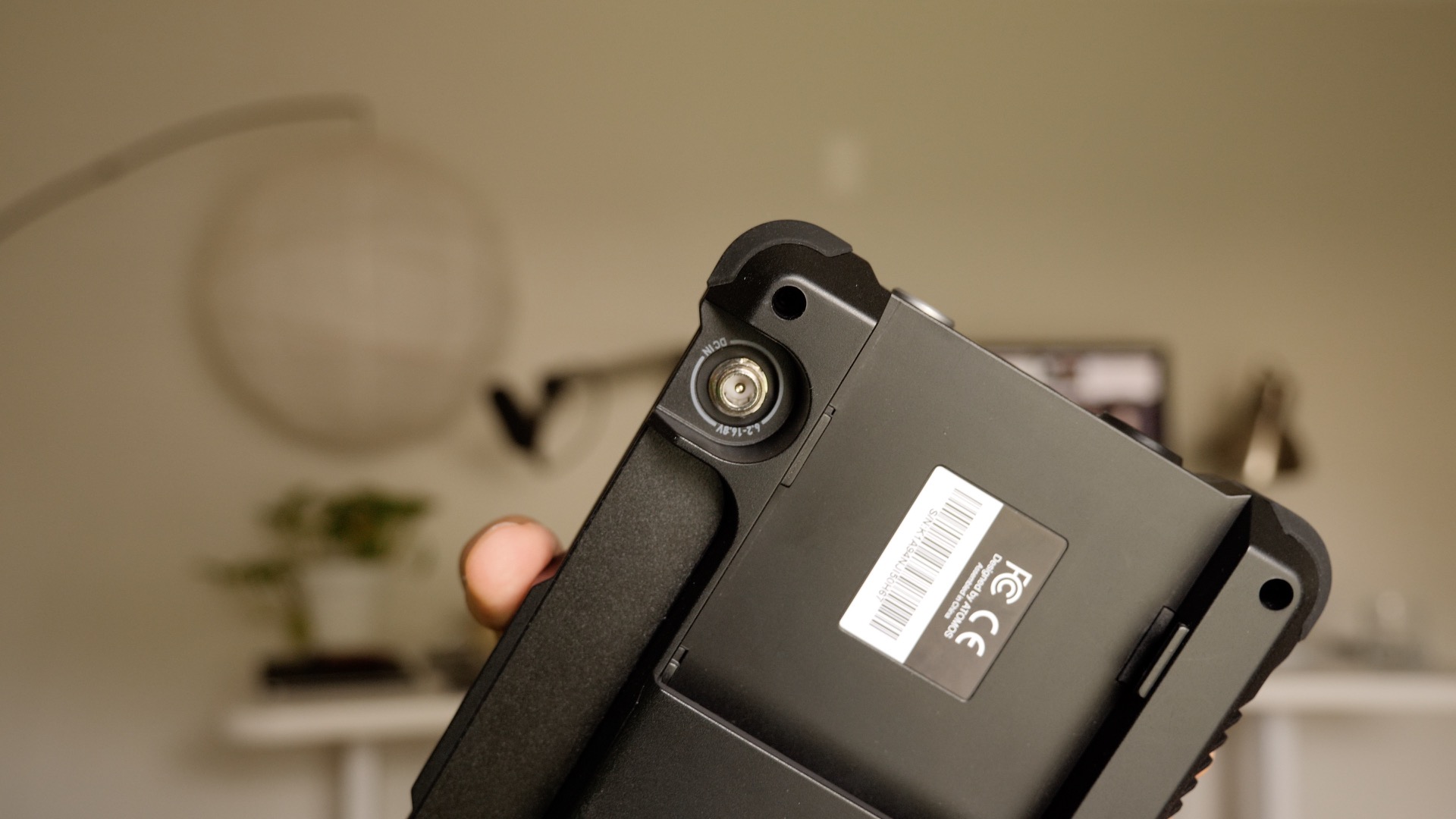 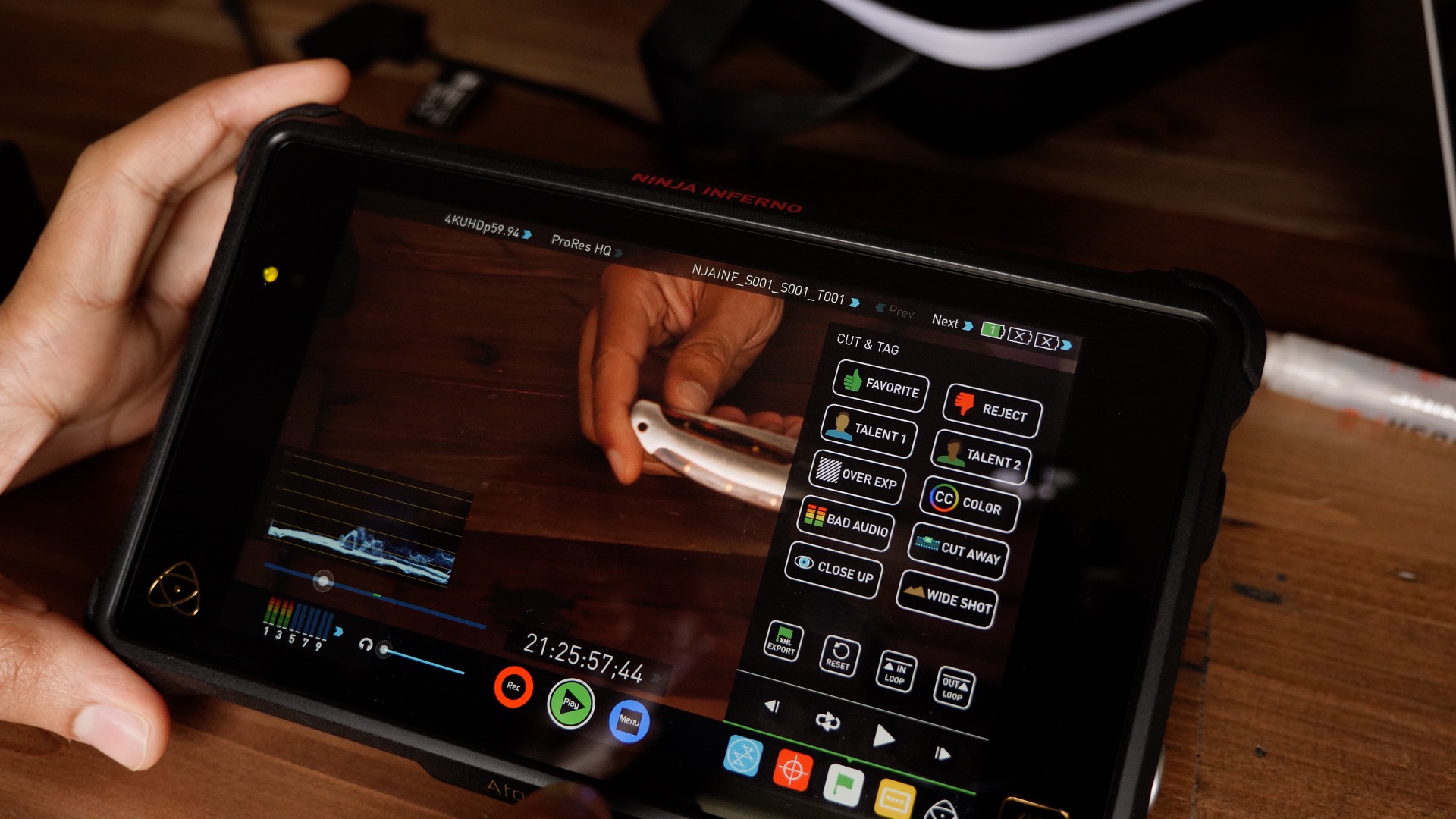 The Ninja Inferno isn’t just a recording device, but it’s an excellent playback device as well. Having a 7-inch screen makes it easy to use the built-in touch screen controls to adjust playback position. 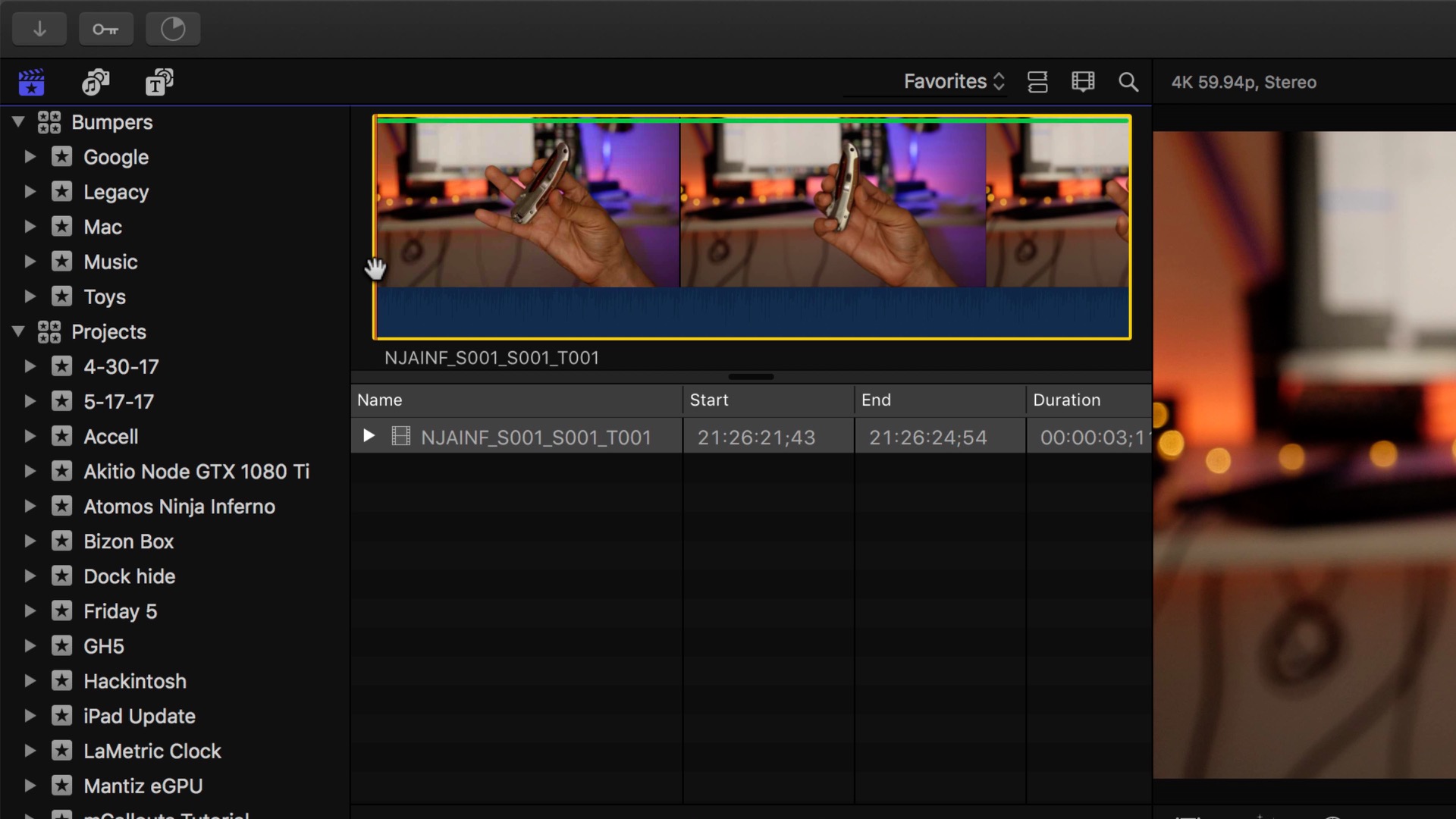 But playback doesn’t stop there. You can also tag your footage during recording and during playback, and export a resulting XML file with your tagged footage directly into Final Cut Pro X for post production work.

The Atomos Ninja Inferno isn’t cheap, but it can significantly enhance your videography workflow in a variety of ways. The unit serves to remove bottlenecks associated with traditional SD Cards, and can speed up editing with its high quality ProRes or DNxHD intermediate codecs.

It’s not a perfect device — it can be bulky and heavy when batteries are attached, a bit noisy when its fans of going at a high RPM, and pricey when you factor in the SSD and other accessories that you might need, but I still love this device. I find that it saves me time during shoots, and time is one of the most valuable things we have.

The Lumix GH5 is the fifth edition of a series of mirrorless Micro Four Thirds cameras from Panasonic.