Makerball is a DIY Pinball Machine that is completely customizable 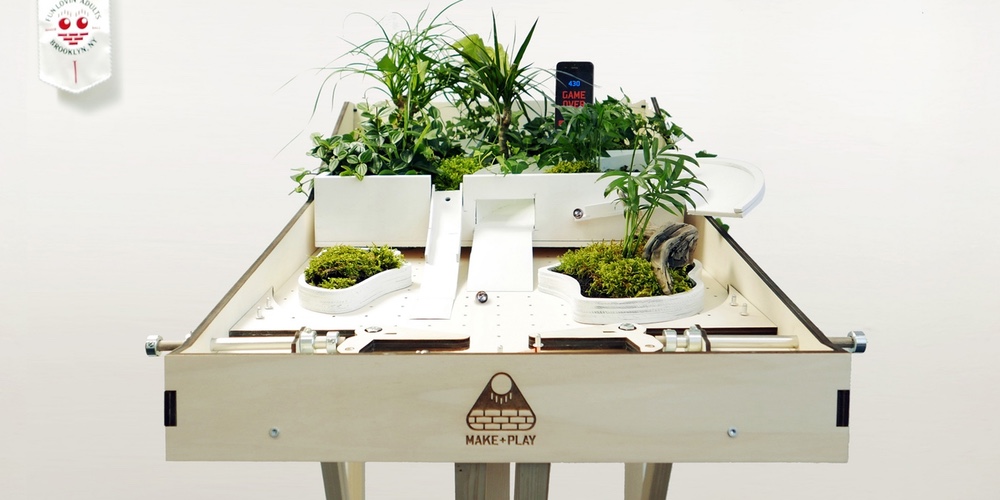 There isn’t anything like the feel of an old school game of pinball. Now, a Kickstarter funded project is bringing pinball back to your home with a brand new twist. Makerball is a DIY kit that allows you to make your own pinball machine from scratch and even modify or upgrade it as you see fit. Which makes it possible to have an ever-changing game.

Makerball is a sturdy and solid, mostly wood construction. The company that invented Makerball (based out of Zurich) says it works with reliable mechanics that are easy for anyone to understand. You also have the option of upgrading Makerball with a micro-controller and the free Make & Play score app on your iOS or Android device. These add-ons give you the ability to start playing for points if you want.

The inventor of this DIY pinball set, Alain Schibli, has said that he always liked playing pinball and he wanted his own pinball machine to take home, but he never had the money to buy one. He looked at used models, but they weren’t an option for him either because he didn’t know how to fix them. In addition, he never could decide which kind of machine he wanted to begin with. So instead, he came up with the idea of Makerball. Which as he describes is “an affordable, simple and versatile DIY pinball machine.”

Makerball was originally Schibli’s Master’s design project at Zurich University of the Arts and has developed into this launch version (six prototypes later).

Makerball takes only about 30-60 minutes to put together with just a screwdriver or power drill (recommended). Then you’re ready to begin designing your course. Each starter kit comes with an obstacle set that has wooden and rubber elements, copper plates, metal pieces and magnets that can all be placed anywhere on the game board. In the video, they illustrate a few different DIY ideas for obstacles, but what the inventors really want is for you to go crazy and come up with your own unique bumpers, obstacles and loop-to-loops.

Your pinball machine can be anything you imagine it to be. Let your creative juices flow. Just make it!

You can get your own Makerball desktop version (without legs) for $245 from its early-bird Kickstarter campaign or spend $100 more to get the version with legs. If all goes as planned the Makerball kits will start shipping in November 2017.