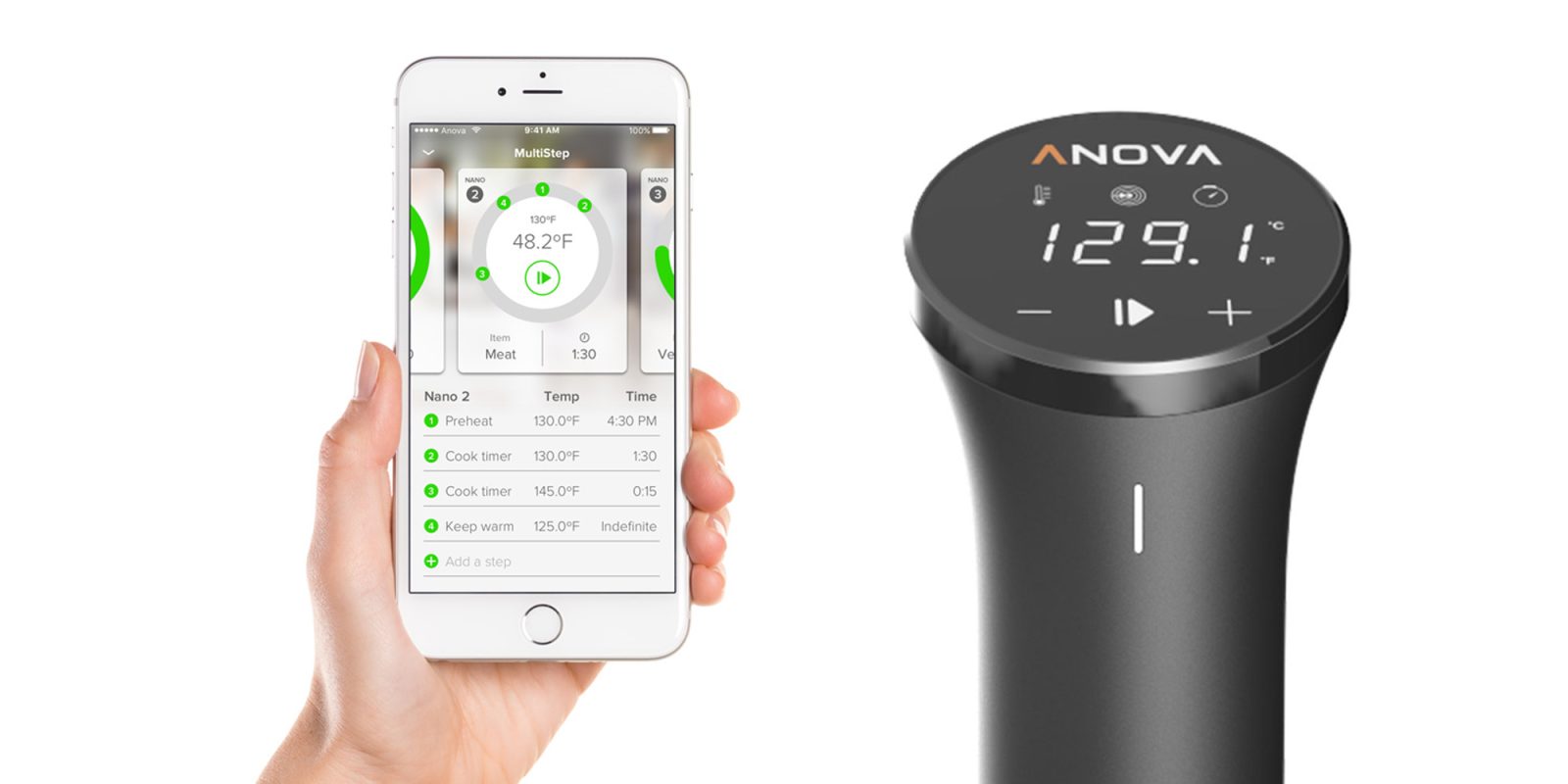 Anova is starting pre-orders for its new Precision Cooker Nano starting at $69 shipped. The regular price is expected to be $99, so this gets you a 30% discount for pre-ordering. Anova aimed to deliver incredible precision at an affordable price with the Nano, which does not cost as much as its Sous Vide Cooker that’s trending around $109 at Amazon. That’s been the #1 best-selling Sous Vide Machine at Amazon with a 4.4/5 star rating by over 2,000 reviewers, and the Nano is sure to perform similarly.

Like the original Sous Vide Cooker, the Nano comes with a full screen theat displays manual temperature and time input. It’s also compact enough to take it along on a weekend away, so you can still enjoy quality food anywhere you are. With Bluetooth 4.2 and the Anova Culinary App for iOS and Android, you’ll access thousands of recipes, sous vide guides, OTA firmware updates, and much more.

Sous vide cooking used to be limited to chefs and high-end restaurants because equipment was expensive and complicated. The Nano is the world’s first lab-grade quality cooking device for under $100. To deliver incredible precision at an affordable price is no small feat. With Anova, you’re getting a quality device without sacrificing the precision we’re famous for.

The difference between rare and medium rare is a fine line, 3 degrees to be exact. That’s why we’ve engineered the Nano with the same level of quality and precision that you’ve come to expect from Anova to ensure that your steak is done exactly how you like it every time, no exceptions.

$69
You’re reading 9to5Toys — experts digging up all the latest technology and lifestyle deals, day after day. Be sure to check out our homepage for all the latest news, and follow 9to5Toys on Twitter, Facebook, and LinkedIn to stay in the loop. Don’t know where to start? Check out the best Apple deals, our daily podcast, and subscribe to our YouTube channel