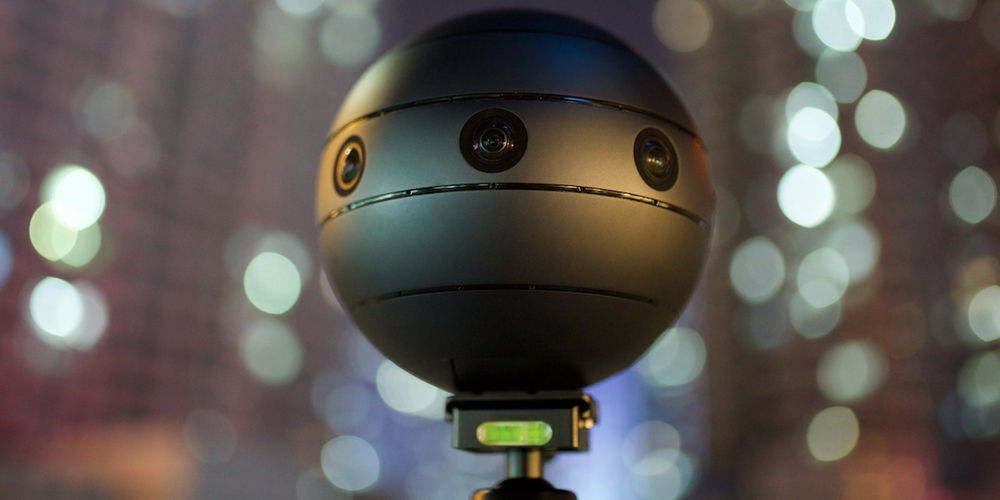 If you’re a VR enthusiast and enjoy capturing scenes with high quality audio and video in 3D, there’s a new camera coming soon that might be better than anything on the market today. SONICAM is a new VR camera that lets you capture both 2D and 3D videos and images in full 360 degrees. It’s the world’s first “affordable” high-quality professional VR camera that’s currently being funded on Kickstarter.

This spherical VR camera has truly impressive specs. It features 9 fish-eye cameras, an astounding 64 microphones, 4K HD resolution, and 360 degrees field of view. The combination of all these features in one single device means that you will be able to film scenes vividly “without any blind spots or image distortion.”

With the Sonicam Player App for iOS and Android you can remotely control the camera to shoot videos, pictures, preview footage, playback content from the gallery or livestream. The app also controls ISO, white balance, shutter, professional gamma setting, brightness, sharpness, saturation and contrast. That’s a lot of controls to be handled remotely!

Obviously, videos don’t mean much without sound. That’s why SONICAM designers have developed 3D spatial sound technology so that audio is mapped in full 360 degrees as well as the corresponding video. It has the ability to record sound from any direction naturally and captures the viewer’s attention to specific areas of the video.

Compared to a VR camera on the market today, the Samsung Gear 360, which only has two 180-degree lenses, the SONICAM has many more features which is why it’s priced much higher than $220. SONICAM is also equipped with even more smart features like Wi-Fi, GPS, Accelerometer, and it links through a smartphone app where you can easily control the captured images and footages. On the actual camera itself there are only three physical buttons which make it easy to control by remote.

With 19 days left in its campaign, SONICAM has already reached is fundraising goal of $50,000. You can still get a SONICAM for a hefty $2,599 as part of its Early Bird campaign on Kickstarter. Believe it or not, that’s actually 35% off the $3,999 MSRP so you save about $1,400 with that pledge. The company plans to ship the SONICAM in October of this year.