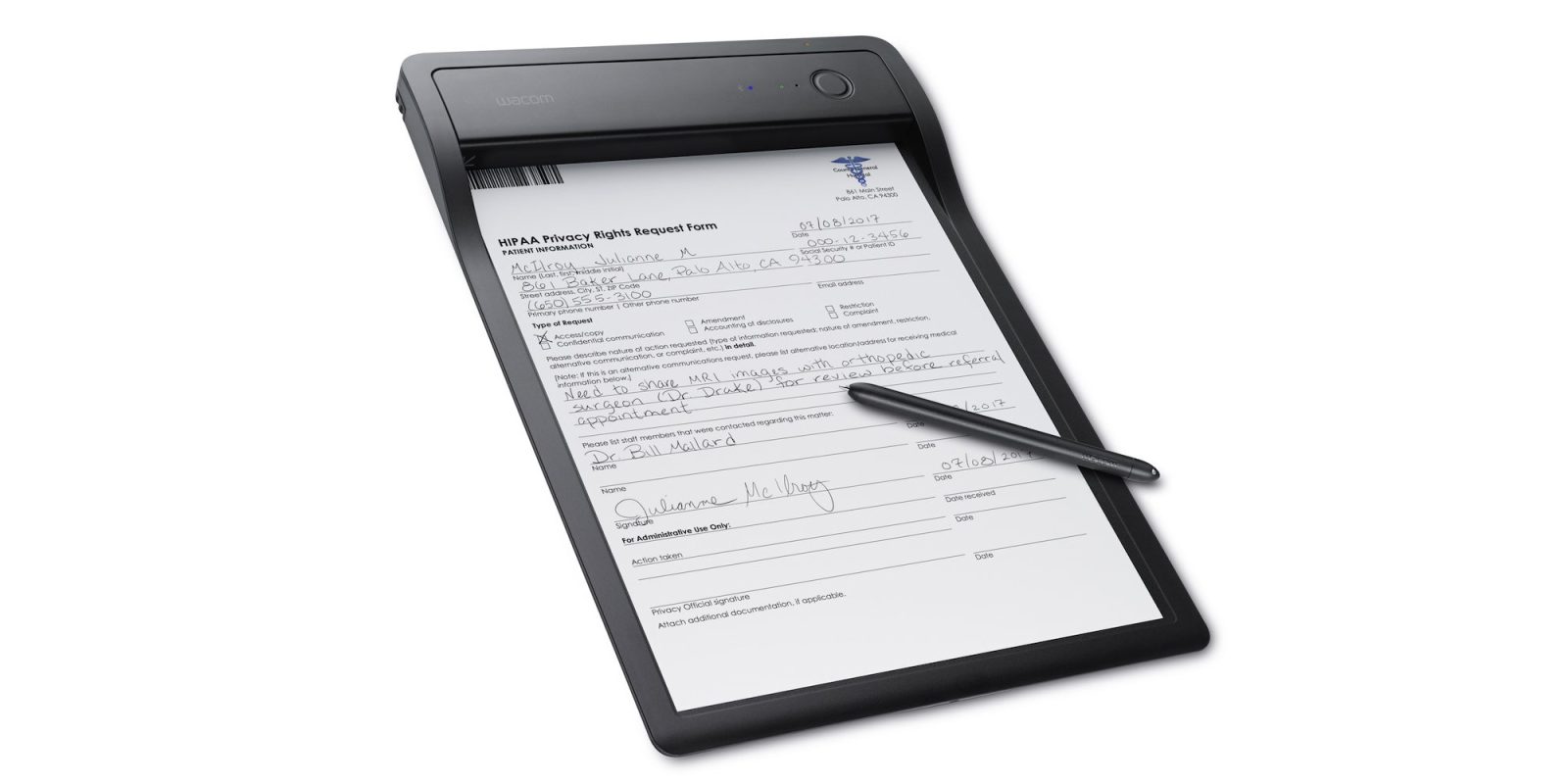 If you’re one of those artists who discovered a way to draw to your computer screen, you might be using one of Wacom’s drawing tablets. These are cool because it allows for easy sketching, drawing and painting on your computer with the natural use of a pen.

Wacom just announced a new product that is pretty similar, but more suitable for businesses. The Wacom Clipboard is a “smartpad” that gives us the ability to fill out and sign documents or forms with an included inking pen, while still using standard paper print-outs that we’d normally use. The fun fact here is that this clipboard converts our ink-written words and sentences to a digital version in real time.

So here’s the deal. As part of Wacom’s family of signature solutions, biometric handwritten signatures can also be captured and attached. Digital documents will then be saved to a nearby PC, or if desired, they can also be uploaded directly to a server or the cloud for easy management. This system is perfect for businesses that still need to stick with the traditional paper-based forms, but who also would like to archive digitally.

To get into some technical details, the electronic clipboard pairs with a host PC or even a mobile device via Bluetooth. For computers that are not equipped with Bluetooth hardware, a USB option is available for connectivity. Documents that are used should have a barcode on top so that the clipboard can read it and identify the appropriate document to digitally complete.

Wacom is really providing the best of both worlds here. They developed something that won’t require businesses to turn over current systems in order to store documents digitally. It’s as simple as buying a new clipboard on which to physically fill out the same forms. The added detail of including a bar code on the top is interesting, however. Let’s see how Wacom lets us create and add those onto existing documents.

Included apps that work with Wacom’s Clipboard are named CLB Create and CLB Paper. The first one is an authoring tool (PC-only) used at the front end of the process. It makes it easy to lay out forms to be used with the paper and digital versions of the smartpad. The latter is the client application for iOS and Android that captures, processes and saves in digital format everything written on the Wacom Clipboard.

CLB Paper also has handwriting recognition that converts to text and captures secure, biometric Wacom eSignatures. Developers can get in on the SDK and build customized applications for interfacing with the Wacom Clipboard and collecting data from it.

The Wacom Clipboard should be ready to ship at the end of July, and we are not sure yet what the price tag is expected to be.