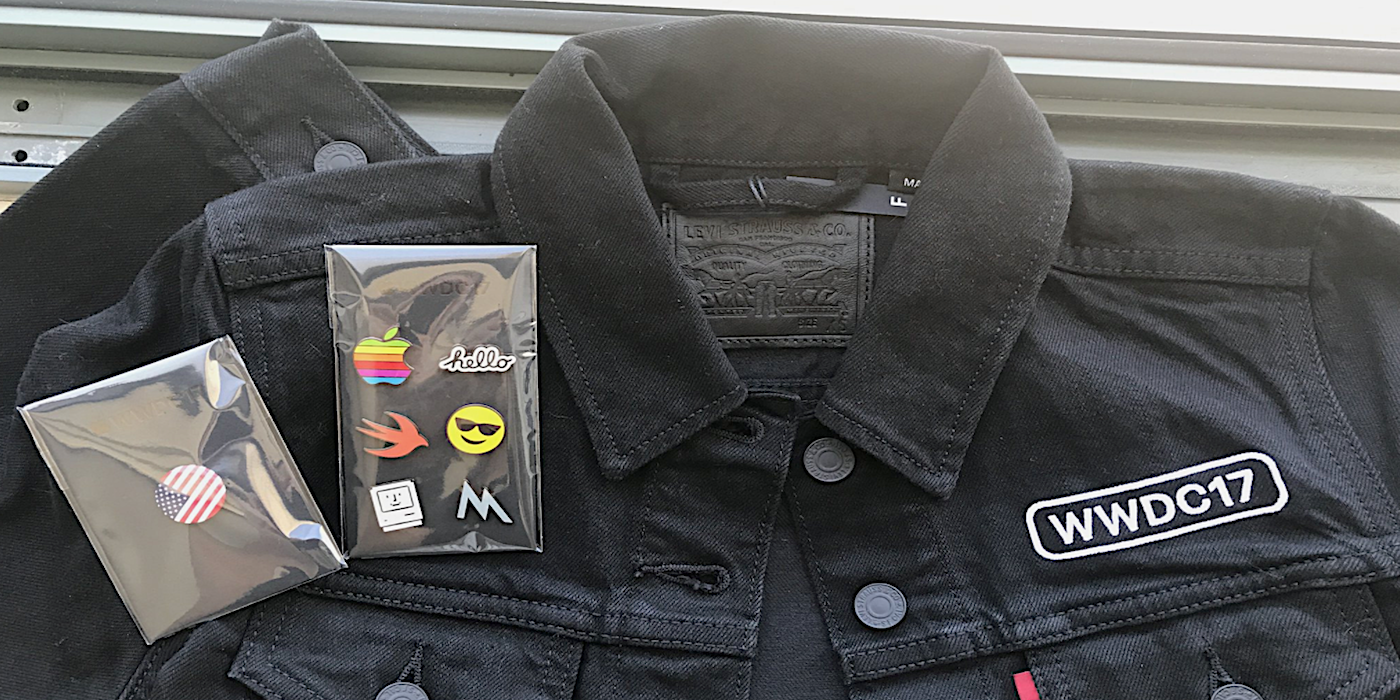 At this year’s Worldwide Developer Conference Apple gave out some pretty awesome Levi’s jean jackets, along with some other goodies and an Apple TV developer kit. Along with a pin signifying each dev’s country of origin, the jackets and gift packages were handed out to Apple’s favorite coders from around the world at this year’s event. Unfortunately, that means most of us didn’t get one. But it looks as though they are starting to pop up on eBay across a number of different auctions.

At this point, you’ll have to throw a bid down on your favorite listing in order to get your hands on one. They start at around $50 at the time of writing and go up to almost $200 or more. Having said that, this jacket would probably be more than $200 at retail and many of the auctions are throwing in the add-on pins and more. Keep in mind, there’s no telling what number these auctions might get to.

The pins include vintage apple icons and logos, an iOS emoji, the icon for Metal (Apple’s dev kit for gaming), and the Swift icon for Apple’s programming language.

You can get more details on the WWDC swag right here.