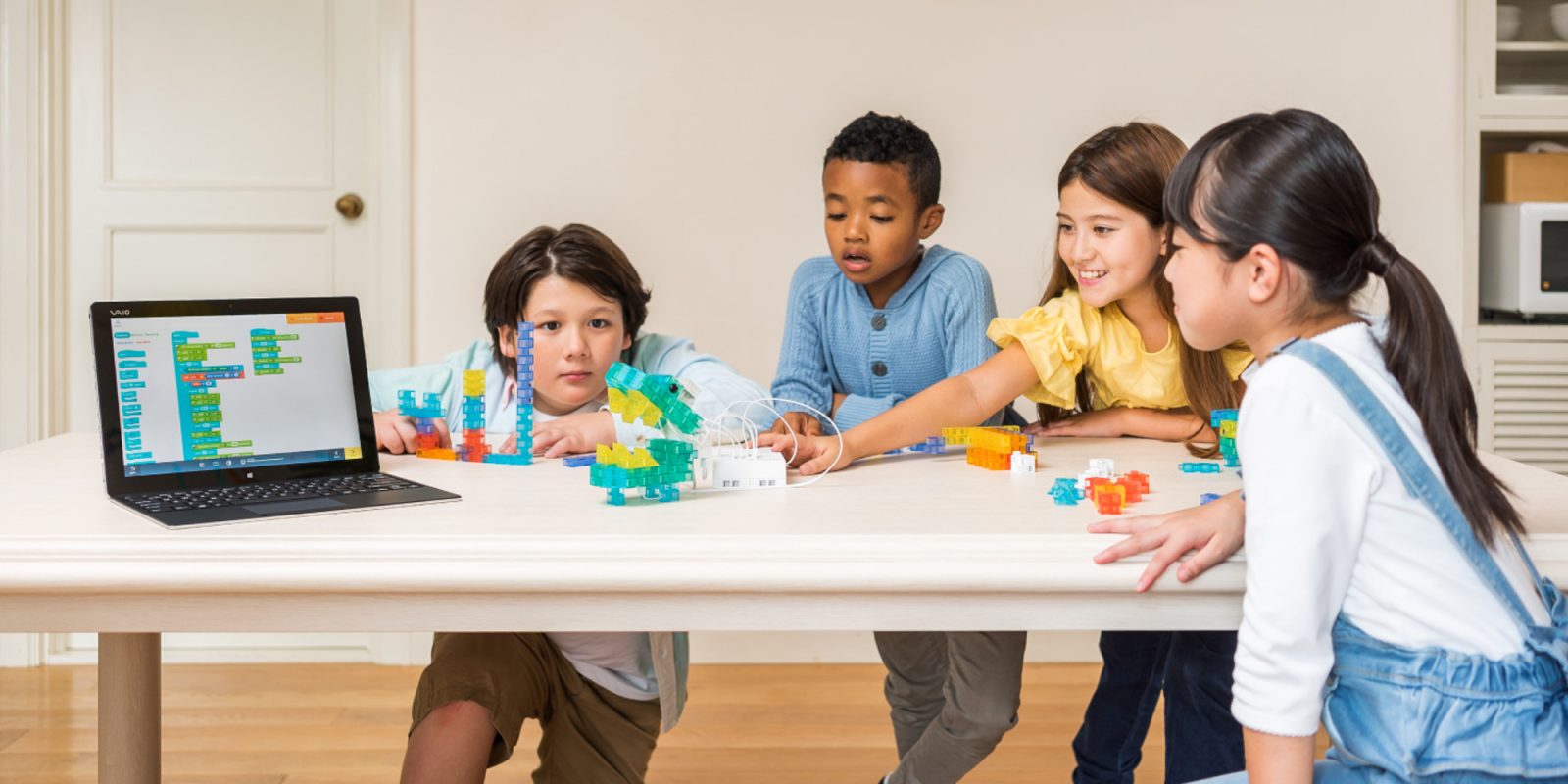 The days of giving your kids the old simple toys we use to play with when we where young are long gone. To get a step up in school and even in the future job market, technologically advanced STEM toys are the way to go. Even Sony has turned to crowdfunding to fund its next generation coding and robotics kit called KOOV.

There are seven different kinds of translucent blocks that can be assembled into any shape, which then can be controlled like a robot. The KOOV kit also has motors and a simple coding system. Multiple sensors allow different actions to be triggered without a direct connection to the application, including rolling wheels, gears and sounds.

The app includes hours of educational content guiding you or your child through building and coding (available for Mac, PC and iOS devices) before encouraging creation of original machines that can be shared on the KOOV website for world-wide collaboration. Sony is suggesting KOOV for children 8 to 14 years old, but you’ll probably see many parents of those children enjoying it as well.

KOOV isn’t just about building robots, it’s about understanding how they work and the processes you take to go from an idea to reality.  The Learning Course, part of the KOOV app, introduces young creators to the world of coding and robotics.

KOOV’s tutorials from the app provide the fundamentals of building and coding. From there, kids can advance their way through different levels that offer LED basics to block design. Sony said that in total, the KOOV app contains more than 30 hours of educational material.

The first US kits are available for pre-order starting today through its Indiegogo campaign and scheduled to ship starting in early December. After launching in Japan and China earlier this year, Sony is using the crowdfunding campaign to reward early adopters and get feedback into the US market.

Two different kits are available today, both with full access to the KOOV application, including robot/code sharing and the complete learning course:

The suggested retail price will be $359 for the Starter Kit and $499 for the Advance Kit, but of course, pretty big discounts (up to 40%) are available for early backers of the campaign.