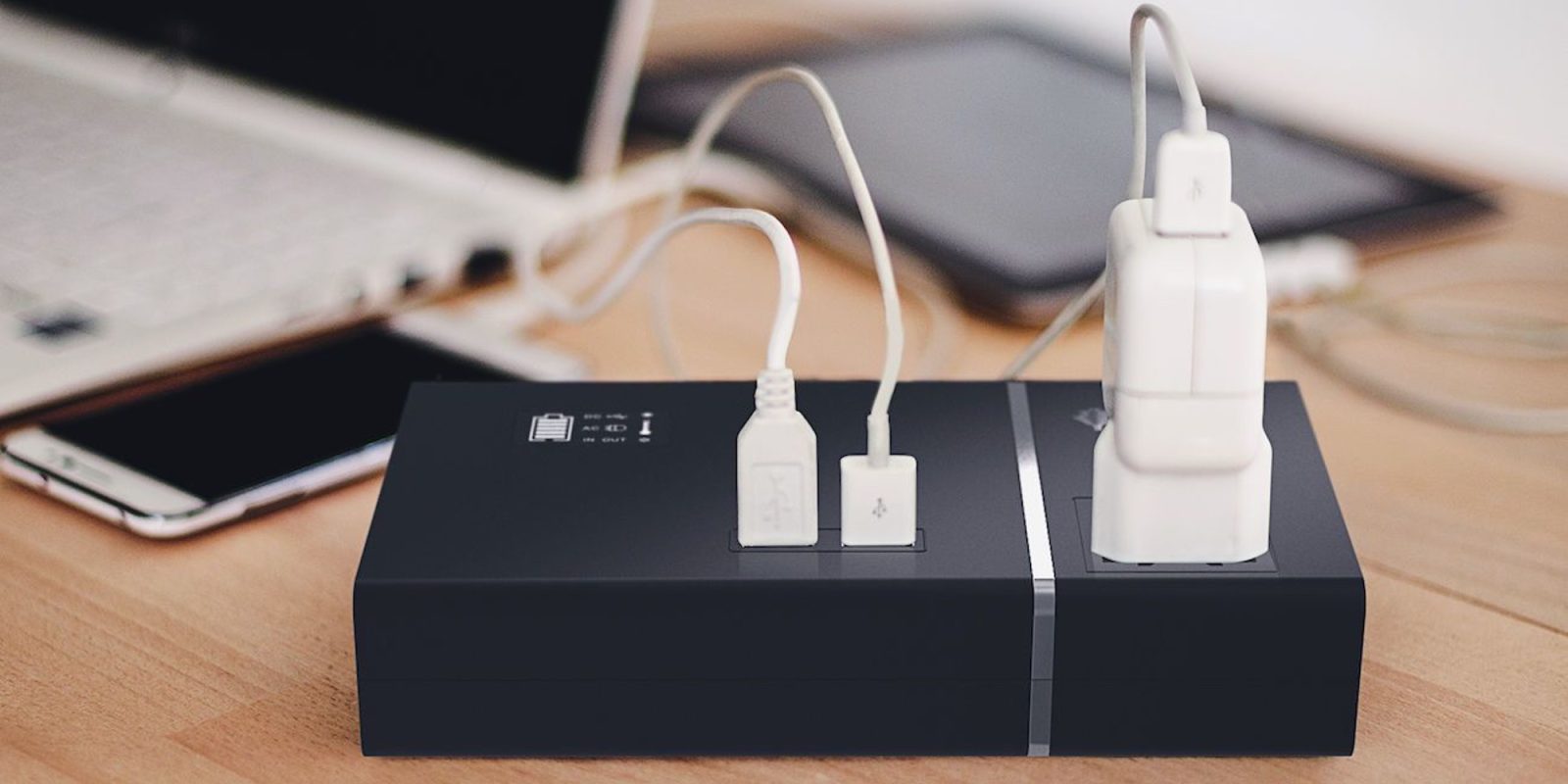 Making it through to the end of the day with any power left on our smartphones or other gadgets can feel like an impossible feat sometimes. The PowerPlant, currently being funded on Indiegogo, was invented to help with this dilemna. It’s creators call it “the world’s most versatile portable charging device.” PowerPlant features a universal plug that allows it to charge phones, tablets and computers, or even power any device from a TV to an aquarium with a US, UK, EU or Australian plug.

Made by a UK company, NUUQ, PowerPlant has enough power to charge most smartphones up to ten times, a tablet four times and a MacBook once. It can charge any device up to 65 watts and even power a 50-inch TV, ensuring you have an endless supply of power for all your tech. Imagine watching a movie outside with the television plugged into a portable power bank. Or going camping for the weekend and not worrying about recharging your smartphone while you’re away. These are just a few of the things the PowerPlant can do.

The PowerPlant is splashproof, lightweight and durable. This means you can take it with you just about anywhere you go. For a device to be truly portable it not only has to be small, it has to be light enough to carry around without breaking your back. The PowerPlant weighs in at only 22oz. Also, it has two 2.4A/5v USB ports and one USB-C port. You can see the remaining power on the built-in LCD screen and it displays the temperature of the unit and connected devices.

But that’s not all, what makes PowerPlant really special is the simple solution of being able to swap out the 20100mAh battery when it loses its charge and replace it with another. So you really could never run out of power as you’re only limited by the number of spare batteries you take with you. NUUQ says it’s perfect for the weekend at a concert, festival or camping trip.

It was also designed to ensure it passes TSA regulations for power banks, PowerPlant, is TSA approved for airline travel thanks to both the battery capacity and its 95W power output. You can get in on the early bird special and receive your own PowerPlant for $150. That’s $50 off the retail price and PowerPlant is expected to being shipping this November.