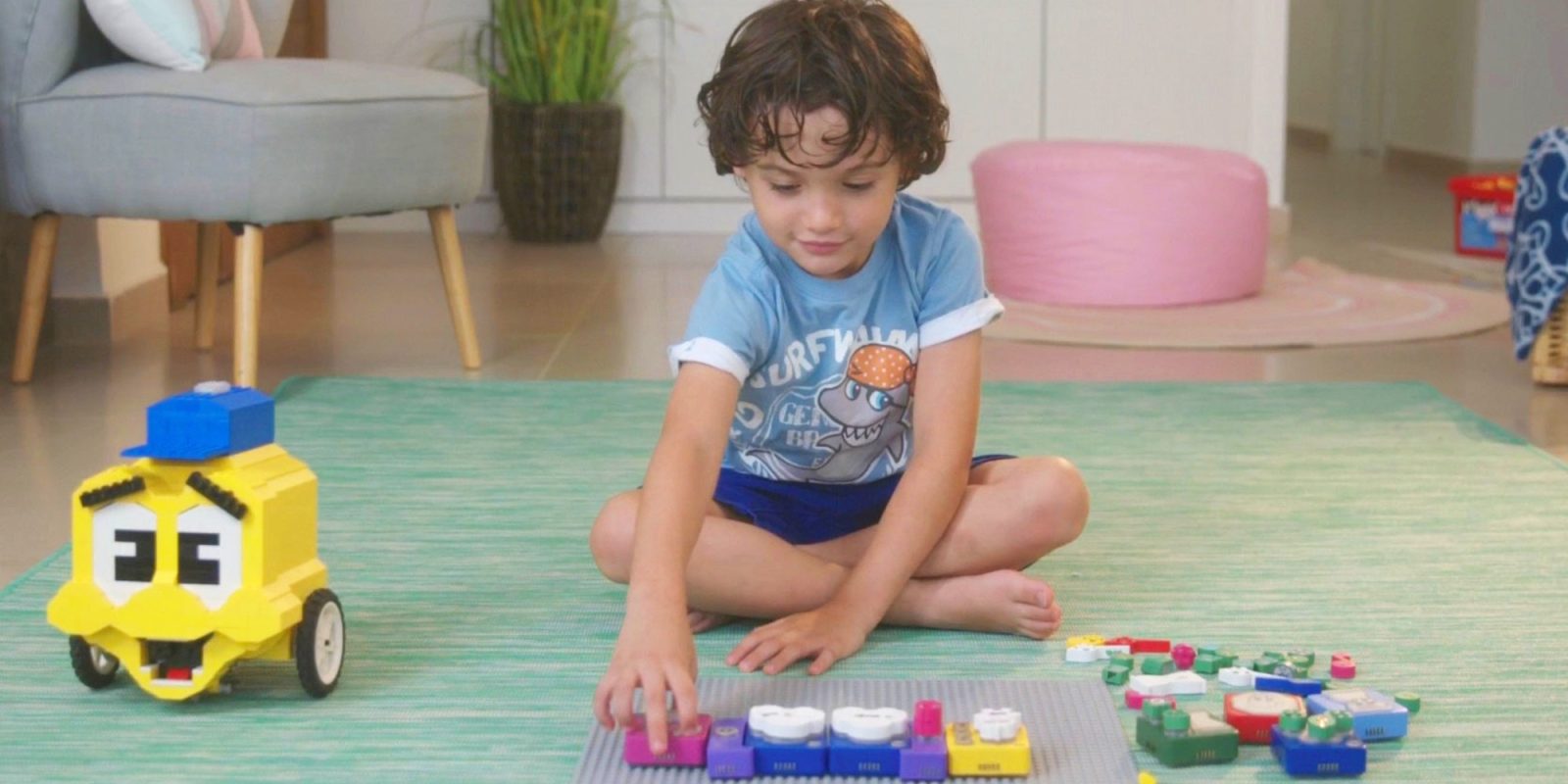 There is definitely not a shortage of robotic toys coming out of the woodworks lately that want to teach your kids how to code. But why is this so important? As it turns out, learning how to code not only prepares your child for future careers in robotics or computer programming but it also teaches logical thinking.

The latest of these STEM toys is called Algobrix and it’s currently being funded on Kickstarter with much success so far in its fundraising campaign. One of the great things that sets this one apart from the rest is it can be expanded with LEGO blocks/pieces/kits to build even more from your child’s imagination.

Algobrix not only teaches children ages 5-13 the basics of coding, but does so in such a way that it just feels like they’re playing and having fun building. Still true to its coding background, your child just needs to arrange the blocks to control the robot’s movements. Each “Algobot” your child puts together can be programmed to move around, light up and make sounds among other things. The sensors on the bots can then react to light, noise, touch and even proximity. Your kids even have the option of building any of the Algobots to turn motors on or play music.

The Algobrix kit comes with instructions, LEGO building pieces, and the coding blocks. Children can build robots either using the design templates provided or build completely original robots. With LEGO compatible blocks, your child is limited only by their imagination. Each kit includes activity cards, which allow the robots to follow different animated patterns or sequences. The coding blocks resemble aspects of computer coding, including parameters, loops and functions.

It’s the awesomeness of robots, the lasting fun of building blocks, and the problem solving of 3D puzzles. It’s Algobrix.

If all goes as planned Agobrix will hit retail shelves in April of next year with all sorts of new kits with different levels of difficulty. The company also plans to create more complex kits in the future which will include even more features like LED lights and audio players.

With more than a month left in its campaign, Algobrix has already surpassed its funding goal and they plan to ship to backers in February of 2018. A pledge of $169 or more will get you an Algobrix 300-piece starter kit from the early-bird special. Too long of a wait for you? Check out the LEGO Mindstorm robots currently available at Amazon.