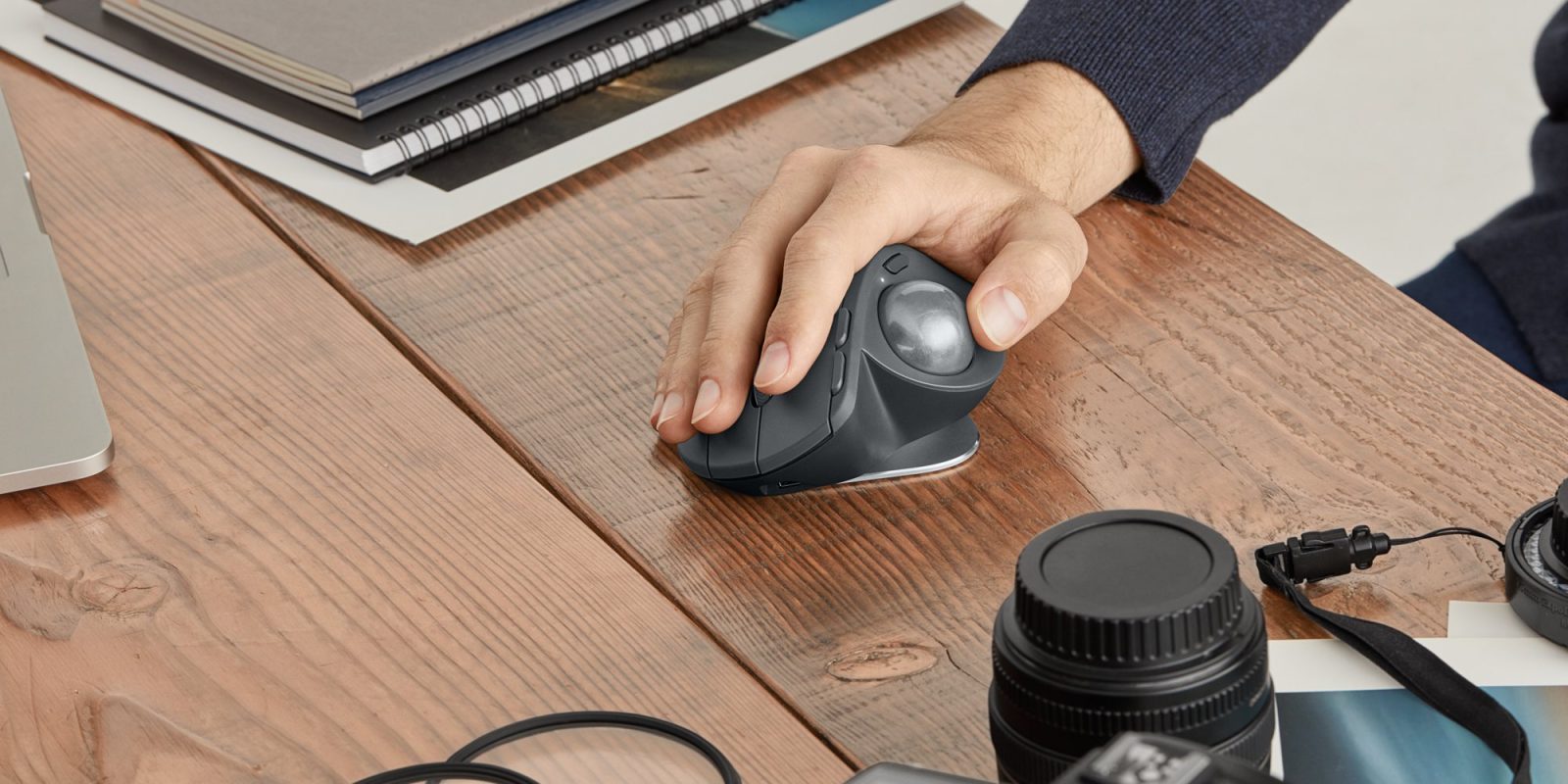 Logitech’s new MX Ergo stands outside other consumer trackball mice with its user adjustable angles. By incorporating a magnetically attached metal plate, users can tilt the MX Ergo between a 0-degree or 20-degree angle. According to Logitech, this can help reduce wrist pronation and improve on its posture.

After about a week of personally testing the mouse, I cannot say if I saw an ergonomic difference in using the MX Ergo. Coming from an original MX Master (and an Apple Magic Mouse before that), I was already in a comfortable place with my mouse usage. My experience may not ring true for all mouse users though. Logitech mentions that the MX Ergo reduces muscular strain by 20% when compared to a standard mouse. Users moving from alternative mice or even trackpads may see a bigger ergonomic benefit than I saw. Best Buy will be receiving an exclusive MX Ergo Plus that increases the adjustable angle up to 30-degrees. I didn’t get to test that model, but that may provide even more comfort for those looking for it.

While I did not see an obvious ergonomic difference between the MX Ergo and my MX Master, I did see a small benefit in hand placement. The MX Ergo’s has a larger surface area meaning that I could rest my entire palm on the mouse instead of just a portion of it. This design difference made it easier to click the left and right buttons and in flicking across the trackball.

Like most of Logitech’s recent mice offerings, the MX Ergo is customizable within the Logitech Options application. By default, the MX Ergo’s buttons include a forward and backward option, and a pointer precision mode. The latter button is located near the trackball making it a quick switch into pixel-precise trackball control.

Precision mode significantly slows down the pointer speed making it easier to control the trackball when necessary. Some users might find it useful when working with a photo or video editor. I found myself being plenty comfortable with the trackball’s precision enough that I switched it to launch Mission Control instead.

If you are the type of person to take your desktop peripherals on the go, the MX Ergo matches the MX Master 2S experience with Logitech’s Easy Switch and Flow. MX Ergo users will be able to quickly switch between desktops without having to go through multiple repairing processes. Travelers will also be happy to know that the Logitech details the Ergo as lasting up to four months on a fully charged battery and provides one day of usage with just one minute of charging.

While I did not see a direct ergonomic benefit moving from my MX Master, the MX Ergo might be the upgrade for users looking to upgrade from a more traditional mouse. The new MX Ergo continues in Logitech’s move to unify their desktop products. Today’s announcement follows up on last week’s Craft keyboard and MX Sound speakers, and its early launch of the MX Master 2S.

The Logitech MX Ergo will be available for $99.99 from Logitech.com in September. The MX Ergo Plus will also retail for $99.99, exclusively at Best Buy.

$100
You’re reading 9to5Toys — experts digging up all the latest technology and lifestyle deals, day after day. Be sure to check out our homepage for all the latest news, and follow 9to5Toys on Twitter, Facebook, and LinkedIn to stay in the loop. Don’t know where to start? Check out the best Apple deals, our daily podcast, and subscribe to our YouTube channel