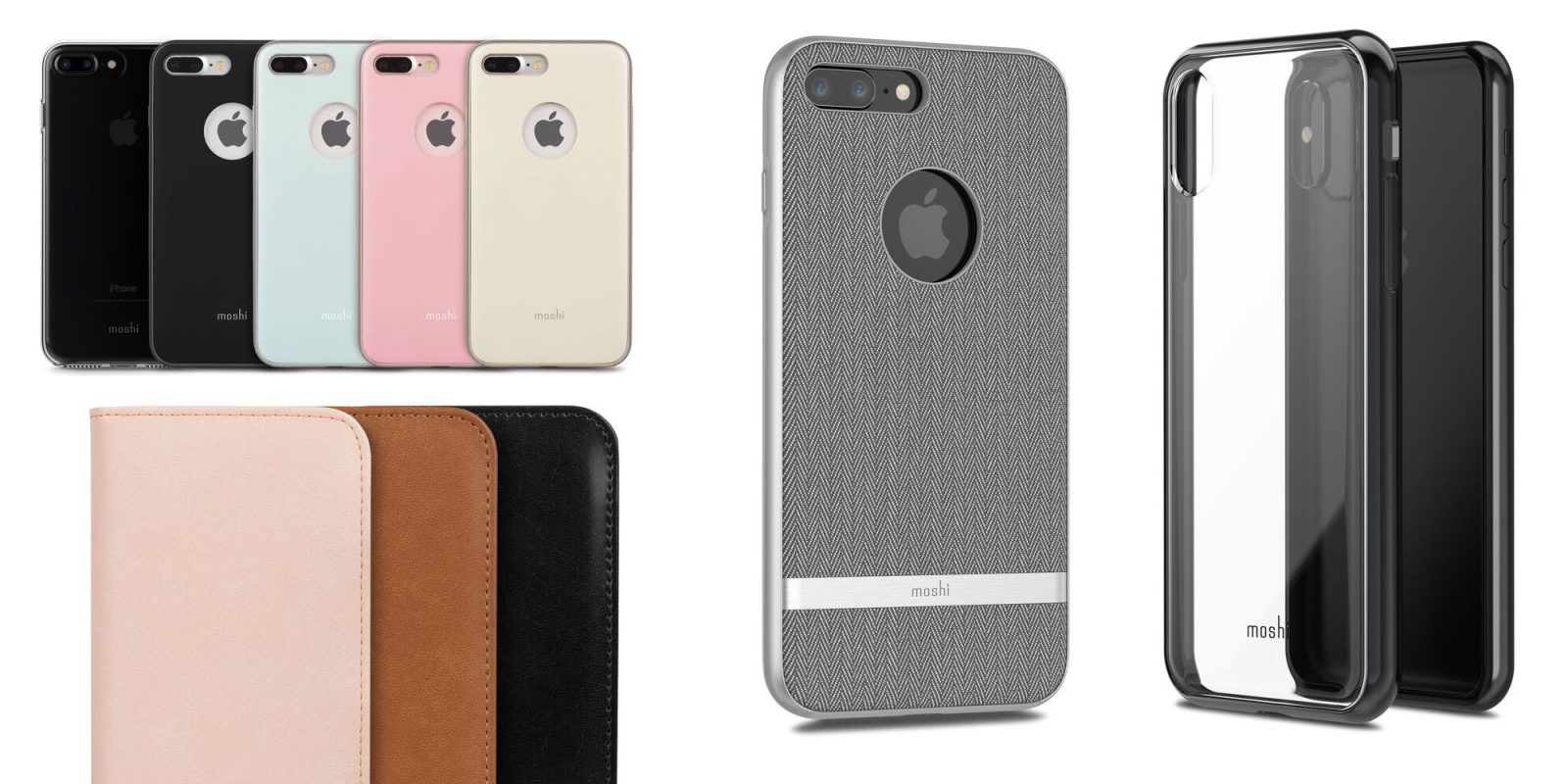 As if you haven’t already heard, Apple has just announced the new Apple Watch Series 3, Apple TV 4K and this year’s next generation iPhones. Headlined by one of the most exciting iPhone announcements in years with the edge-to-edge iPhone X, pre-orders for the new iPhones will kick off on September 15th. As expected, we are already starting to see the third-party manufacturers coming out of the woodwork with new cases and covers including Waterfield and these insane $70,000 solid gold customizations.

The new lineup continues Moshi’s efforts to create affordable covers with a “refined” durability and unique finishes. There are several options available here including some that feel just like glass or metal while still allowing for Apple’s new wireless charging protocol on the new phones.

There are several iPhone 8/Plus/X options including the Overture, Vesta, iGlaze, Talos, StealthCover and at the bottom-end of the line, the metal-like $25 Vitros case.

As you can tell, there is a wide variety of options available here, but our favorite would have to be the folio-style Overture wallet case which comes in Luna Pink, Caramel Brown and Charcoal Black. It features handy card/cash pockets along with a weatherproof and shatter-proof design. Additionally, the $45 case can also transform into a basic stand for iPhone X.

Another standout is the $35 iGlaze for iPhone X. It ships in Pearl White, Armour Black and Taupe Pink. You can expect a brushed metal-like finish with a glass-style structure to match the new iPhone design.

The SenseCover case is also interesting looking. Only available for iPhone 8/Plus it completely covers your phone (including the screen) while still allowing you to see the time as well as take calls. Certainly not for everyone, but the 360-degree protection will definetly be helpful for some. It starts at $40 and comes in Steel Black, Sahara Beige and Rose Pink.

Moshi also has a pair of screen protectors available for the iPhone X’s new OLED display. Starting at $30 the new AirFoil Glass and IonGlass will help to keep that big giant screen scratch-free. They measure out at about 0.3mm thin and Moshi says they “virtually disappear” once installed on your new device.

According to Moshi, the new cases will be available for purchase starting after today’s Apple event, but that doesn’t appear to be the case. We will update this post when they go live, which will likely be soon.