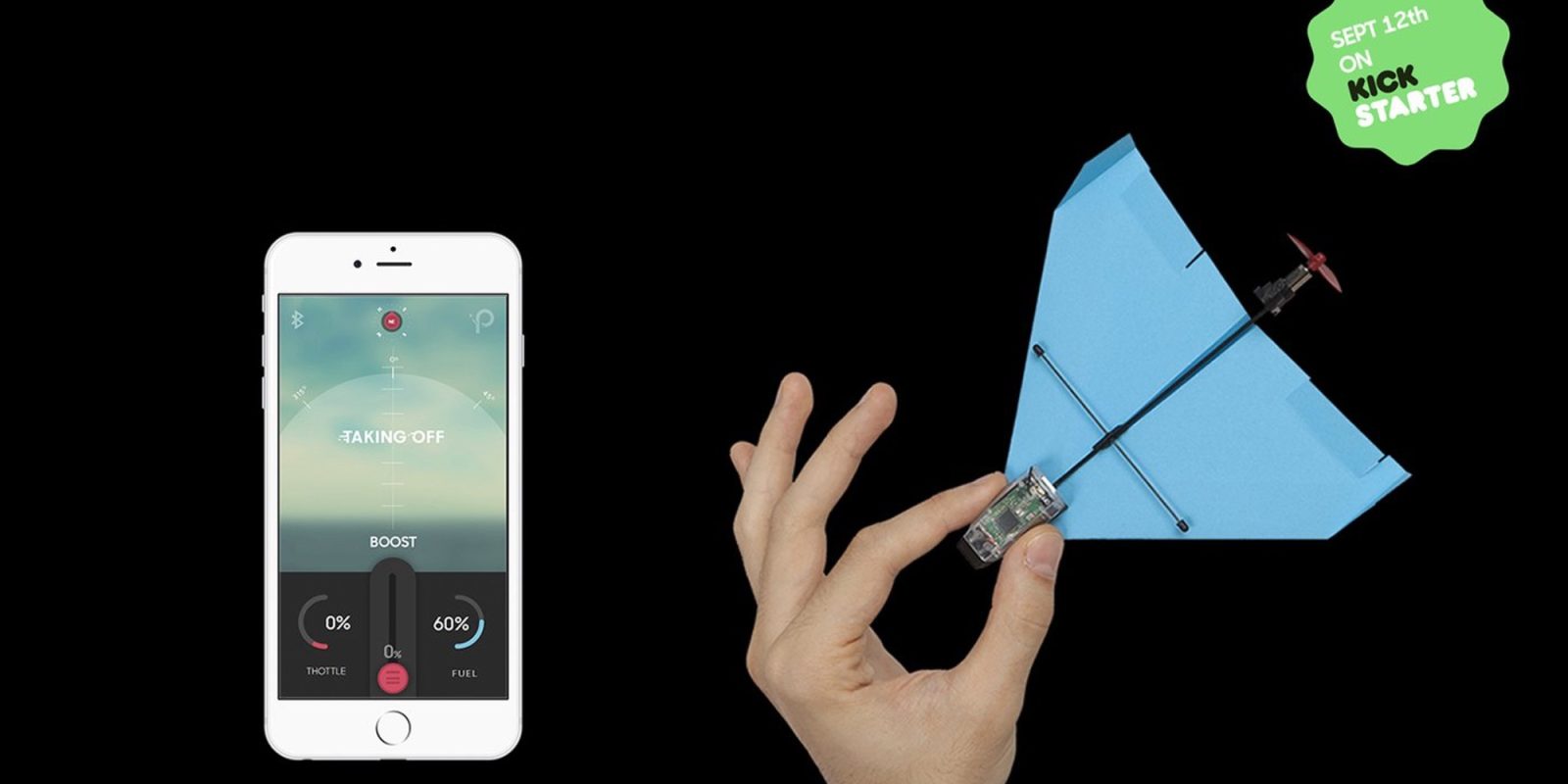 A new crowdfunded invention allows you to design and create your own paper airplane then attach a motor to it and fly it with control from your smartphone. Currently being funded on Kickstarter, the Powerup Dart has already reached its fundraising goal of $25,000 and will begin shipping to backers in December.

The Powerup Dart in a nut shell is a conversion kit for your hand-crafted paper airplanes that makes them able to do tricks and fly around. All you have to do to get started is fold a small paper airplane, attach the Dart, and then fly it around with control of your smartphone. With practice, you’ll be able to do a “ton of cool tricks” with just a paper plane jet you fold yourself.

The Darts are reported to be incredibly durable and are built with carbon fiber and nylon reinforced plastic with a rubber tip that can withstand the force of a harsh crash landing.

The makers of Dart even added a crossbar and improved the paper airplane templates you can make. The crossbar enables the Dart to withstand high G Force during tight maneuvers that you may put it through. Plus, you can adjust the plane’s stability by moving the bar up and down the spine of the craft.

Loop, flip and barrel roll with tiny smart paper airplanes designed to do a variety of mind-blowing aerobatics.

The Dart has 33 days left in its campaign, but has already surpassed its fundraising goal by over $100,000. A pledge of $29 or more will get you your own Dart from its early bird special. That’s down from its future retail price of $45. The makers of Dart will be getting started with production in early October and will be shipping by mid-November to ensure delivery by Christmas.

If you can’t wait until December for your Dart, Powerup makes a similar engine for paper airplanes and it’s already available at Amazon for $16 Prime shipped. There’s no app control for this one, but it does offer enough power for 30 seconds of flight with just a 20-second charge of the battery. It also comes with directions for making 4 paper airplanes, and has links for even more cool plane designs.