GoSun Go cooks your food with the power of solar energy 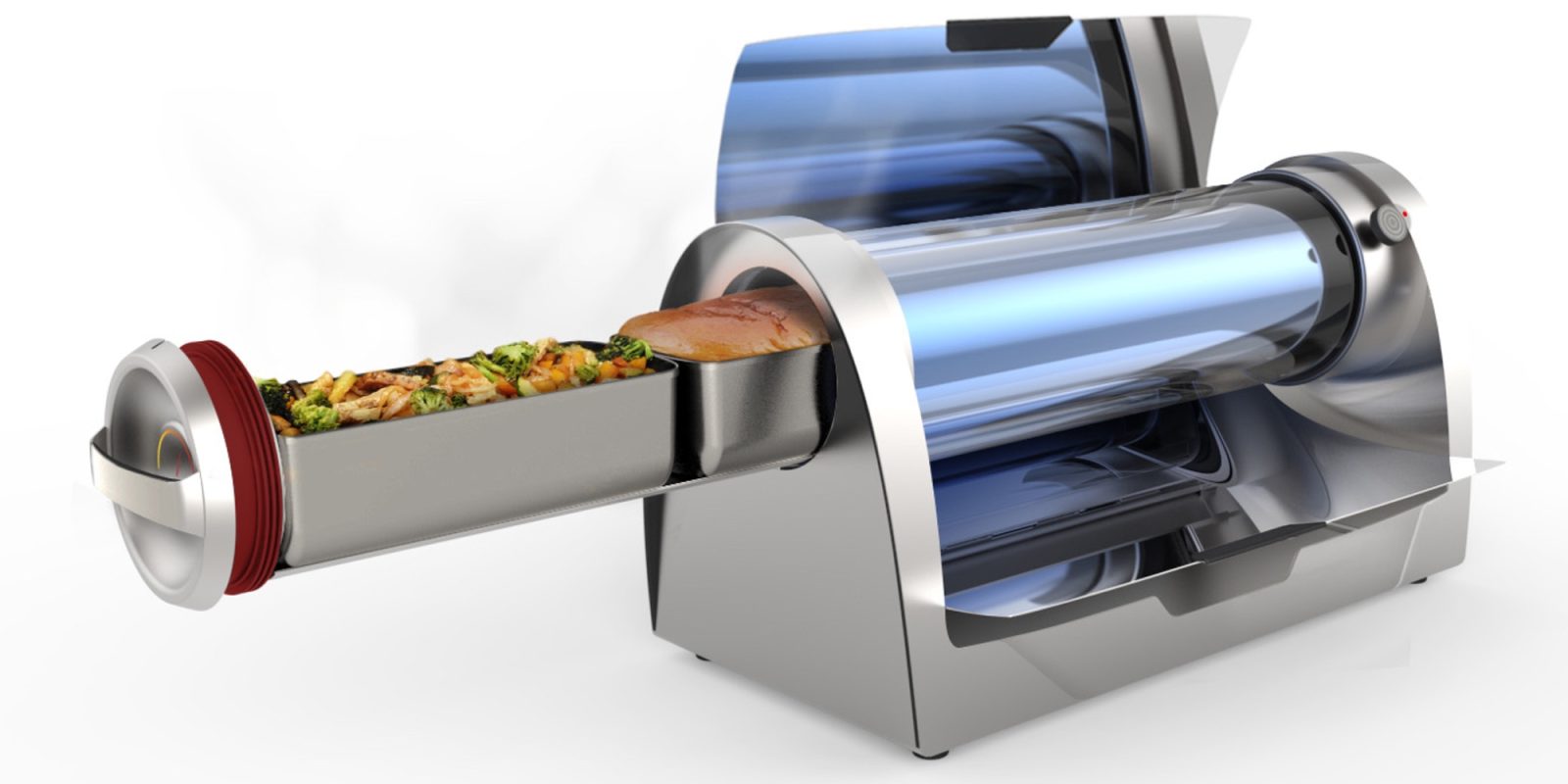 Solar power is definitely going to be an energy source relied upon in the future. With even our smartwatches going solar, it’s no surprise we’re seeing more and more gadgets making the plunge into renewable energy sources. The GoSun Go is a portable grill that relies on the sun to cook the food placed inside of it. It is currently being funded on Kickstarter where it has already reached its fundraising goal with 41 days still left in its campaign.

This solar grill can cook most meals in about 20-30 minutes and the grill itself can stay hot for hours. The creators of the GoSun have been listening to customers and made their latest product portable and durable enough to take wherever you go. Plus, they wanted this new model to be able to boil water and to have it at a price people could afford.

Let’s say you’re out camping and need to boil water, you can adjust the base of the GoSun and set it up vertically to do so. There’s a removable cap that separates from the tray handle to keep the heat in. This is perfect to use for tea, coffee, or even sterilizing water while outdoors.

The GoSun works by converting the light into heat and then trapping that heat inside the super insulated tube. In case you were wondering, the answer is YES! You can still cook with this grill on a cloudy day. The GoSun’s solar cooking technology allows it to “absorb a broad spectrum of radiation including UV light” which is able to break through clouds even when visible light can’t. So all this means as long as you have just a little bit of sun, you’re able to cook. Even on a cold day, the GoSun’s “vacuum insulated tube” can keep the heat in to cook. Plus, there is no risk of a fire hazard so you can cook without hesitation on boats.

With 41 days left in its campaign, GoSun Go has already hit its fundraising goal of $10,000 numerous times over. If you want your own GoSun Go Grill a pledge of $99 or more will get you everything you need to fuel your solar cooking adventures. It includes the GoSun Go, a cleaning brush, cooking booklet and user manual. If all goes as planned shipping to backers is estimated to begin in April of 2018.

Solar energy is not just the future; its already here. With electric cars becoming the mode of transit for the future and solar electric going an unprecedented rate, GoSun is leading the charge to bring all things solar into homes backyards and villages around the world.