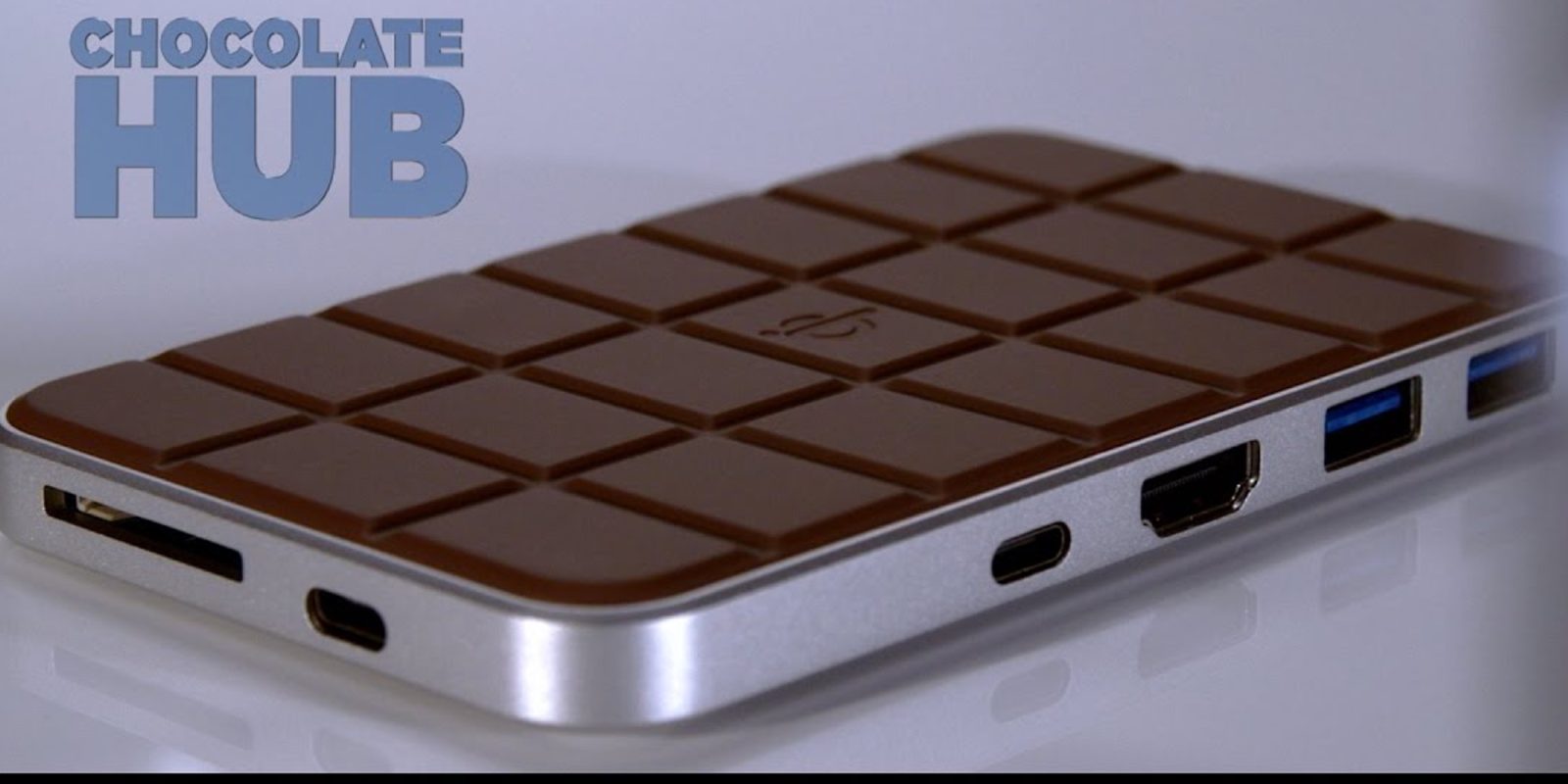 The San Francisco-based startup company 23 Devices is launching the “world’s first USB-C Hub with Qi wireless phone charging.” It’s appropriately called the Chocolate Hub 2 as you can see it looks like a bar of chocolate. The new hub is well suited for the iPhone 8/X and the latest MacBook Pros but will work with other USB-C laptops and most other Qi-enabled smartphones. The startup hopes to raise upwards of $20,000 on its campaign at Indiegogo where it just launched recently.

The Chocolate Hub 2 is a “one of kind” new hub that has USB-C charging and wireless Qi inductive charging in one. Perfect for the new iPhone 8/X and latest MacBook Pros, the company makes the bold promise “it will be the last hub you will ever need.” Just place your new Qi enabled iPhone on the “chocolate” surface to start charging. With your smartphone charging wirelessly you get the rest of the ports available for other devices. A high quality USB-C cable is included to power the hub.

When you use the Chocolate Hub, you’ll be able to add a second display with the available 4K HDMI port. There’s also two USB 3.0 ports and a SD 3.0 card reader. Not to mention that slick candy bar design that will surely keep you craving chocolate while trying to get work done. The closest hub we could find with some of the same ports and available today is this HooToo USB-C Adapter/Charger for $60 at Amazon. It’ll do the trick, but it doesn’t have Qi wireless charging like the Chocolate Hub.

Believe it or not, the company chose a chocolate exterior look for the hub for an important reason. Studies show just thinking about chocolate can trigger increased dopamine levels in your brain to actually keep you motivated during the day. So next time you reach to plug in a flash drive, you can get an extra dose of motivation (or at least a craving for chocolate).

If you want to get your hands on the Chocolate Hub 2, a pledge of $79 or more will get you one of the early bird specials. That’s 38% off the future retail value of the hub and the lowest you can currently find it for. If all goes as planned during its month long campaign, shipping is expected to begin this December. If you need something a little sooner, we recommend this one available for $60 at Amazon.

The crowdfunding campaign will be featured on Indiegogo starting November 11 and is geared to raise around $20,000.

“We are excited to bring to you the first ever USB-C Hub with industry leading QI wireless phone charging facility and all the ports you want. Interestingly, we have named it ‘Chocolate Hub’ given its exclusive chocolate-like surface and it caters to a wide number of major smartphone makes and models. You would simply need to place your smartphone (QI-enabled or with QI-enabled case) on the cool chocolate surface and it would start charging immediately. With the phone being charged wirelessly, the other ports of the Hub will be free for use. Additionally, our game-changing Hub also comes with a USB-C Power & Data Transfer port to help you charge your laptop during use. But such a futuristic endeavor demands solid financial backup and hence, we are about to come up with a crowdfunding campaign. Your support would be much appreciated,” stated a leading spokesperson from 23 Devices while announcing the upcoming crowdfunding campaign at Indiegogo.

The users would be able to add a 2nd display to Chocolate Hub with a 4K ready HDMI port. Speaking further, the spokesperson also mentioned about two Super Speed USB 3.0 backward compatible ports as well as SD 3.0 Card Reader.

“Designed by smart creative minds, our ‘Chocolate Hub’ sports an ultra-slim design that you are sure to love and its delightful chocolaty look is all about to boosting your motivation. Research proves that chocolate triggers our brain to produce dopamine, which results in higher heart rate & heightened motivation- and you can achieve an almost similar spirited effect by mere sight or thought of chocolate. Thus, we have decided on a chocolate surface here to get you the desired high dose of MOTIVATION, every time, when you charge your phone, laptop or insert your SD card or plug in your flash drive.”

23 Devices is soon to unlock a White Chocolate look with its USB-C Hub which requires massive support from at least 500 supporters.

A cool host of perks are waiting for the backers. These include a handy 28% off on the retail price of Chocolate Hub (Original/White Chocolate), free Uluxus LED lightbulbs, a free Qi Charging base to use when you’re away from your laptop and so on.