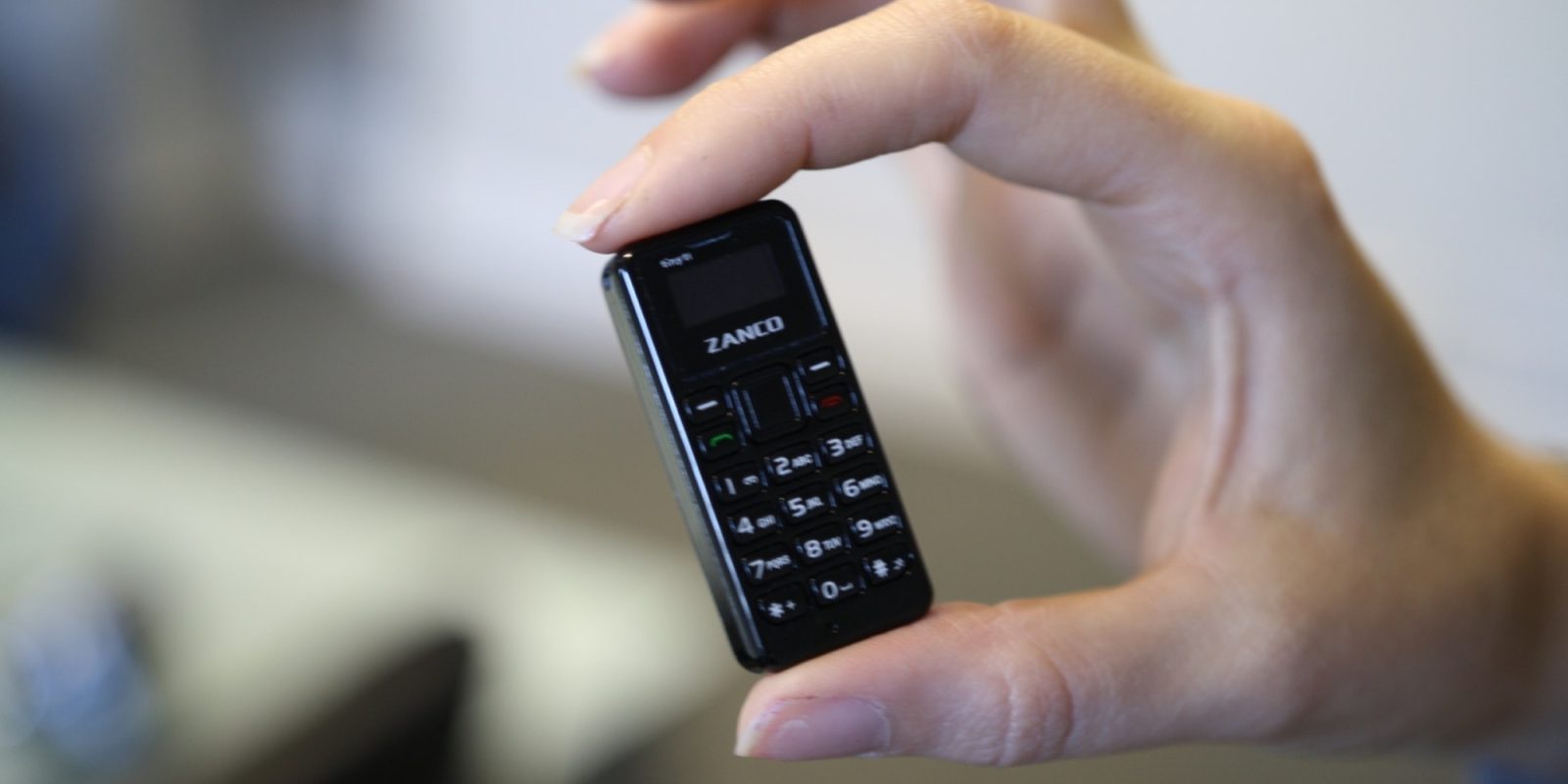 There was once a time when getting the smallest, sleekest phone around was the in-thing. Now, that time could be returning, at least in a small way. The world’s smallest, functioning cell phone available today is currently being funded on Kickstarter.

Zanco is a U.K-based company and they have introduced “the world’s smallest mobile phone” called the Tiny T1. The new incredibly small device has already jumped past $125,000 in funding on its Kickstarter campaign site, surpassing its original goal of $33,561.

This very tiny phone is actually more than just a novelty item. It can be used as a pocket-friendly alternative to any smartphone. It stands at just 46.7 mm or 1.8 inches tall, is 21mm across, and just 12mm deep, making it similar in size to a USB flash drive. Those dimensions successfully make it the world’s smallest mobile phone and capable of fitting in your jeans’ key pocket.

The internal battery lasts for up to three days on standby and can recharge over a micro USB connection. Plus, you can even (attempt to) send texts with its incredibly tiny keys. Check out the video below to see it in action.

It’s so tiny, you won’t believe it’s real! It’s the perfect gift for any gadget lover and fits in any bag or pocket no matter how small!

You’ll be able to make regular calls, send texts and even store 300 numbers and 50 text messages with its internal memory. The phone only operates on a 2G network, with 180 minutes of talk time and 3 days of standby.

Zanco’s Tiny T1 is not a gimmick phone, they say that it’s a proper mobile phone that’s an ideal for backups or as an emergency phone. Plus, thanks to its size you can keep the phone in your bag, pocket or really anywhere else.

If you would like to try out this super slim mobile phone, a pledge of $52 or more will get you one from the Kickstarter campaign. Included with Zanco’s Tiny T1 mobile phone handset is a USB charging cable and a user manual. If all goes as planned, shipping is estimated to start for backers in May of 2018.