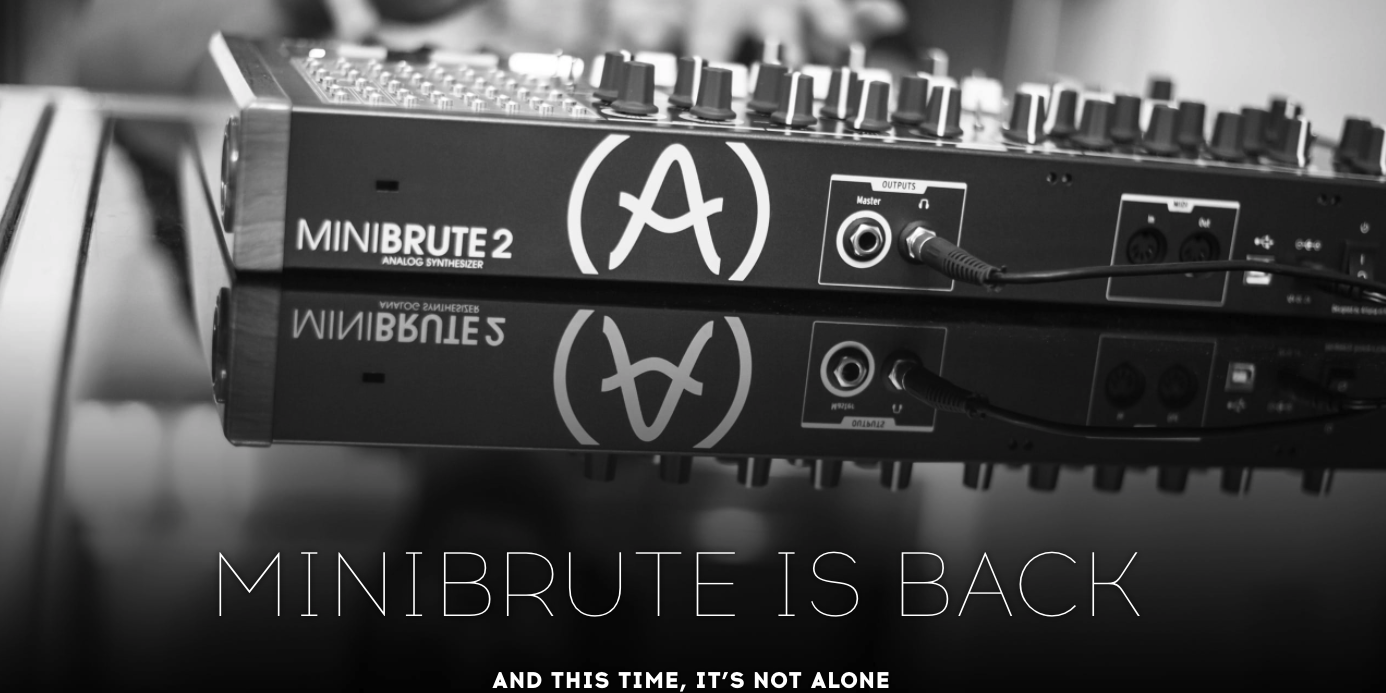 French electronic music company Arturia started back in 1999 with some of the best analog emulation products on the market. The company more recently dove head first into the hardware business with its Brute line of analog synthesizers as well as some interesting digital hardware for modular users and the like. Most recently it released its massive flagship Matrix Brute for a cool $2,199, but it looks as though the company is back to focusing its attention on the more affordable and universal end off the product line.

Ahead of NAMM 2018 (kicks off later this month), Arturia has now unveiled the latest hardware product with the MiniBrute 2…

The somewhat compact synthesizer brings most of what the previous generation featured along with some new tricks, a refreshed design and more.

As a proud owner of the first generation MiniBrute, the unexpected announcement of the new one along with its significantly more extensive modular capabilities certainly has me excited. Just when you thought it was going to be nothing but Behringer clones stealing the spotlight for NAMM 2018, Arturia comes out of nowhere with its next-gen analog.

Ok well, let’s get right to it here. This is a fully analog synthesizer with a pair of oscillators, the Steiner-Parker multi-mode filter Arturia has become known for, 3 LFO’s (2 dedicated and the second oscillator can be configured as a third), and a built-in arpeggiator/sequencer.

With instant, hands-on control of every parameter, you can mix your oscillators, ride your filters, sync your LFOs, and control your envelopes. MiniBrute 2 is a synth that gives you the freedom to create the sounds from your imagination.

MiniBrute 2 features a comprehensive modulation matrix, with dozens of sources and destinations at your disposal. Whether you want to experiment with its internal parameters, wire in your modular setup, or sync your other gear to its sequencer, the possibilities are endless.

Along with velocity-sensitive, after-touch laden full-size keys, we are also getting a 48-point modular patchbay. That’s an awful lot of patch points for an all-in-one synth, and great news for modular heads. You’ll be able to access just about all of the usual modulation options including aftertouch and more. Syncing up your external gear with the synth’s built-in sequencer, for example, doesn’t get much easier than this (in this price range). 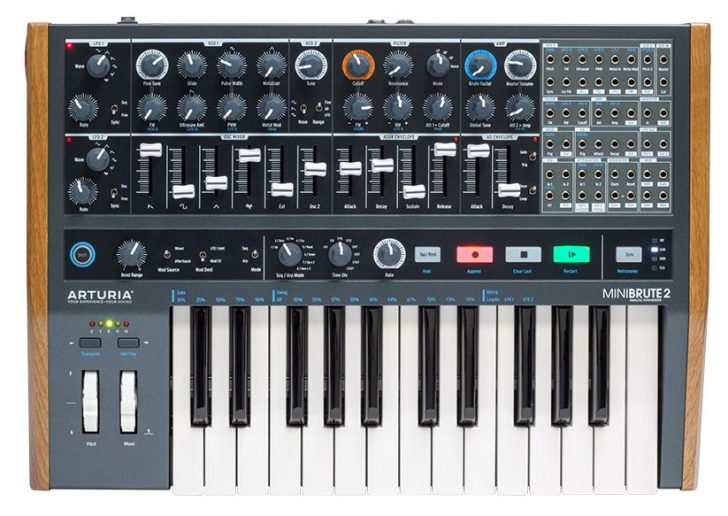 Speaking of sync, there is also something known as Arturia Link on-board. The company has been tight-lipped regarding the details here, but it sounds like some kind of new clock function that syncs multiple pieces of external gear together, but nothing has been confirmed just yet. It will apparently be “an exciting innovation that will help unify and democratize your creative environment,” according to Arturia.

It also seems as though there is a little bit of confusion on the release date. Some suggest it is launching in February, but it could be as late as March 2018. Nonetheless, the $649 synthesizer is set to hit store shelves really soon and we will be hearing much more about it come January 25th (or sooner) at NAMM 2018.