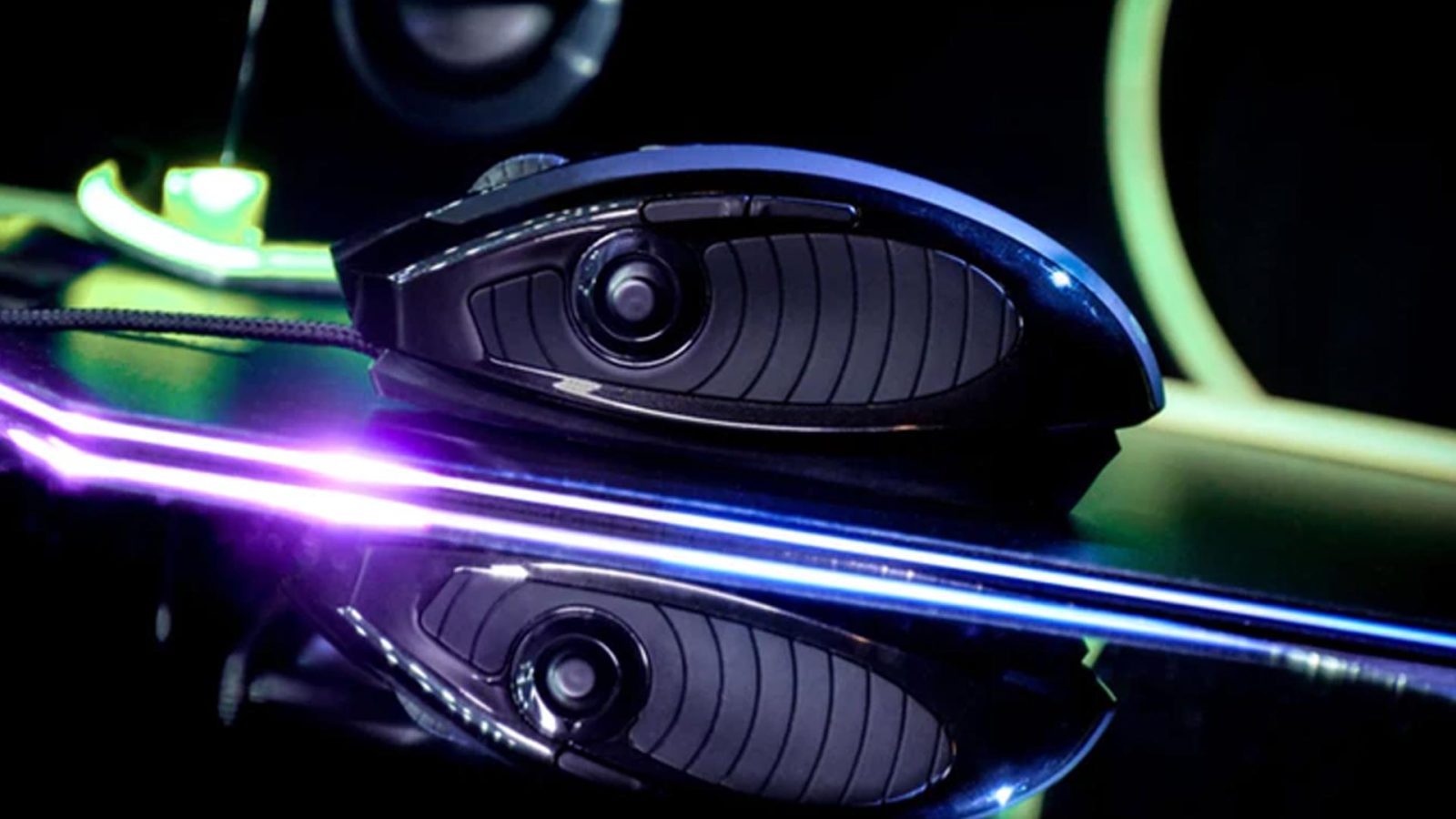 If you game on PC, you likely have a gaming mouse. At least, a gaming mouse of some sort. I had the Razer Mamba Chroma wireless gaming mouse for a while, and seriously loved it. The ergonomics were great, it was wired or wireless, and the sensor was fantastic. But it was a normal mouse. It had a left and right click, scroll wheel, and then back/forward buttons on the side. But there was nothing really “special” about it besides the sensor and that it was wireless with RGB lighting.

PC gaming mice have kinda been stagnant lately. Sure, a new mouse might come on the scene that has a better sensor, or maybe less latency over wireless communications, but where’s the real innovation. There’s actually a kickstarter for a mouse called the Lexip, and it’s for several things that could really be game changers for PC players out there.

Lexip has two joysticks built-in, and that’s where the fun begins. There is a two-axis joystick built into the shell itself, where you can rock back and forth, or side to side on the mouse to preform different actions.

One action that was demoed in the video was using this as a sniper in a first person shooter game. Rocking the mouse slightly forward would automatically zoom you in so you can get that perfect shot without having to worry about clicking buttons or hitting a key on the keyboard.

Players said it felt natural and really helped them improve. This also helps make the mouse more comfortable, as it molds better to your hand and can bend as with you as you move.

There’s also another two-axis joystick on the side of the mouse to use with your thumb. This one can be used to cycle through objects in games like Minecraft, or customized to your hearts content. Really, both joysticks are fully customizable and can be used for any number of things to help better your game.

It’s said throughout the introduction video, “This mouse can give competitive gamers a real edge on their competition.” If you play CS:GO, Overwatch, or other games like that on a competitive level, this mouse could just give you the leg up you’ve been waiting for.

Lexip didn’t cheap out on the sensor either. It’s a high-DPI (8200) laser capacitor for extreme precision. The joysticks used are actual mechanical ones as well, so you get real actual feedback when you move the mouse or thumb stick on any axis.

There are plenty of use cases for Lexip, and I’ve only named a few here in this article. For a much more complete list, and more information than I was able to provide here (trust me, there’s a lot), head on over to Lexip’s Kickstarter campaign.

Lexip starts at around $122 USD (€99), with a delivery estimate of June 2018. $122 might seem a little expensive for a normal mouse, but if you take a look at the cost of my Razer Mamba Chroma mouse that I mentioned earlier, it’s actually right in line with other gaming mice. In the end, I think Lexip could be the step we’ve been looking for in gaming mice, and can’t wait to see it in action.

Lexip is a crowd-funded Kickstarter project that has no guarantee of succeeding. Our writing this article is not an official endorsement of Lexip, nor are we responsible if the project does not succeed through crowdfunding. We do our best to ensure the projects that we cover have a high chance of success, but you, the reader, assume all responsibility by pledging your money to this project.