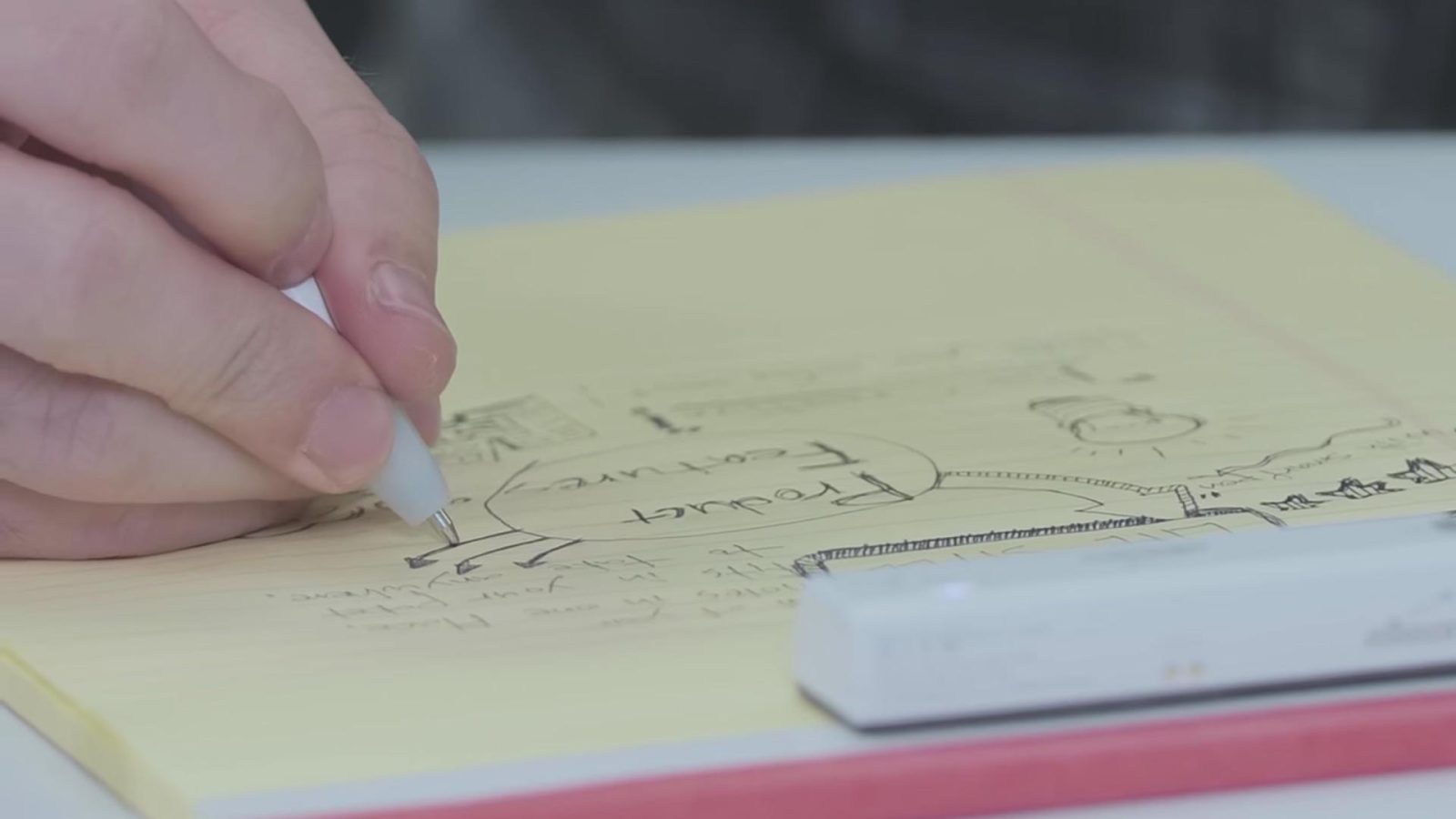 Everything is becoming smart these days, and pens are no exception. There have been other smart pens launched over the years, but most require you to use a special kind of paper so the pen can know what you’re writing. While convenient to have your written words instantly digitized, using special paper was always a hassle. Whether you ran out, or just forgot to bring it with you, without that paper you were going nowhere fast.

That’s where eBeam comes in. eBeam is a new smart pen that needs no special paper, in fact, eBeam needs no paper at all to track what you’re writing.

I’ve wanted a smart pen for a long time. Whether it was to take notes in class, or just to doodle around and have it digitized, it seems like a great idea. The thought of always having to buy special paper kept me away, though. Instead, I went the route of picking up an iPad Pro and Apple Pencil, or even the Pixelbook with Pixelbook Pen.

For me, just writing on these already digital systems was easier than physically writing something down and converting it later. And it’s a lot easier than trying to remember to order special paper once you run out. But, that can all change now with eBeam. The company behind this new pen claims it’s the “Last pen you’ll ever need.”

Now, that’s a bold claim, but one that, if executed properly, could become a reality. eBeam uses a regular ink pen with special tracking technology. There’s a “base”, of sorts, that goes at the top of the piece of paper (or on the desk, but more on that in a moment) where you’ll be writing.

Once this base is above your writing surface, two ultrasonic sensors can track every movement the pen makes. This means that as you’re writing, the sensors are tracking everything. Because of this, you can use whatever paper you want.

The eBeam team even show people doodling right on a desk, after swapping out the ink tip for a stylus nub, that is. As all of the tracking is done by the sensor above the writing surface, you can really place eBeam anywhere and have it track. The company claims that eBeam can track “from Letter to B6 size paper”.

In the demo video, eBeam even shows off using it directly on a tablet. This could be useful if you want a similar experience to using an Apple Pencil, but without having to buy the iPad Pro to go along with it. 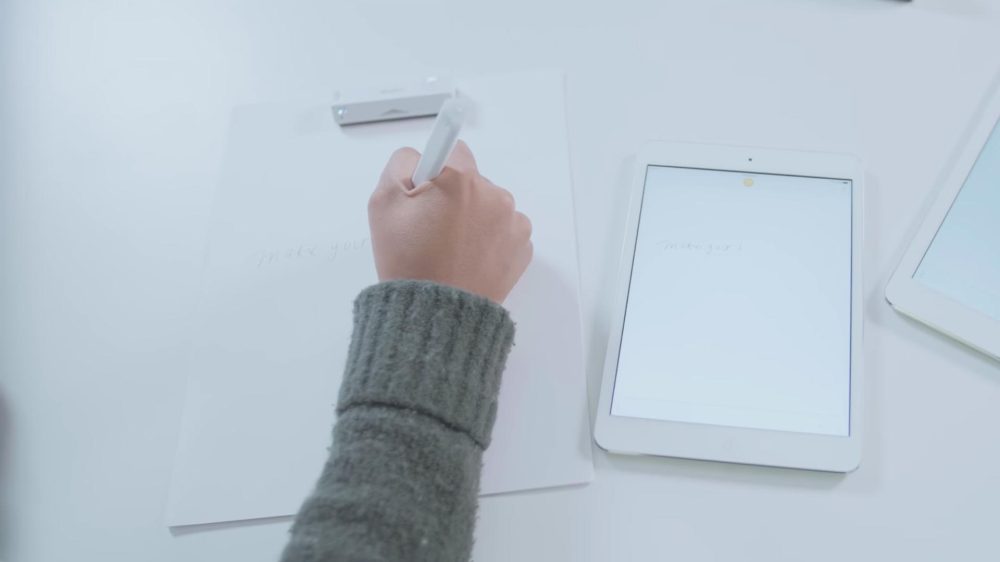 Starting at $77 on Indiegogo, you could buy several regular pens and pads of paper for the price, sure. But, those pads still don’t digitize your notes automatically, and scanners that do are never cheap. More budget-friendly than an Apple Pencil (at current pre-order pricing), I think eBeam should do well.

Even after the full launch, at $119, eBeam offers more than most regular “smart pens” do on the market. Shipping is slated for March of 2018, which is right around the corner, so act fast if you want to get in on this smart pen revolution.

eBeam is a crowd-funded Indiegogo project that has no guarantee of succeeding. Our writing this article is not an official endorsement of eBeam, nor are we responsible if the project does not succeed through crowdfunding. We do our best to ensure the projects that we cover have a high chance of success, but you, the reader, assume all responsibility by pledging your money to this project.