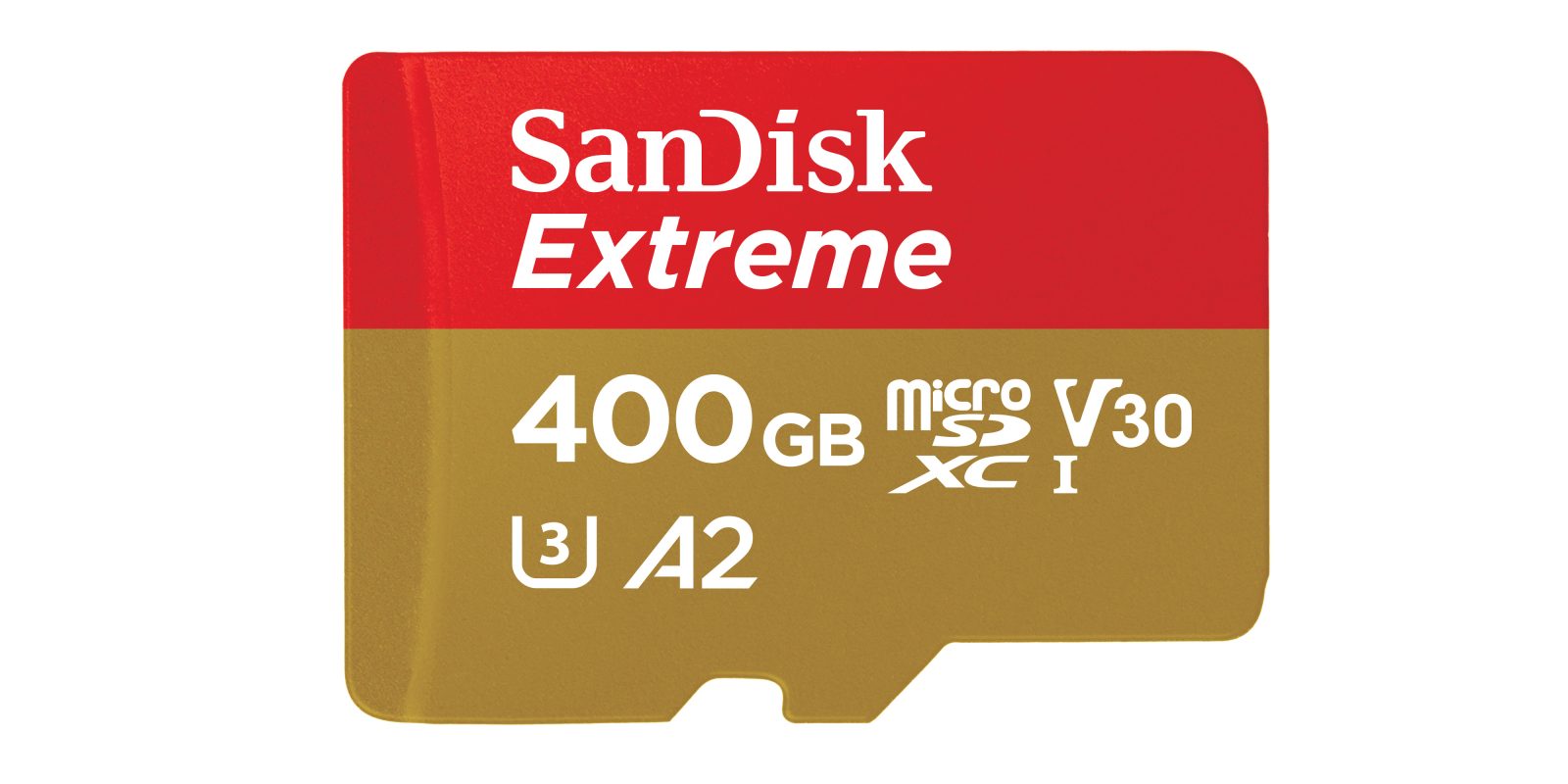 With camera laden drones filling the sky and action cameras in just about everyone’s hands at this point, the need for portable and reliable storage is at an all-time high. While cloud-like services are, in many ways, just as viable an option as physical media, there’s nothing like a handy SD card in a pinch when your drives are getting full.

As part of its Mobile World Congress showcase announcements, Western Digital and SanDisk have a number of new SSDs on the slate as well what is being called the “world’s fastest UHS-I flash memory card.”

Sure, your average drone pilot or family vacation film director might not need the absolute best and fastest storage medium out there, but as recording resolutions soar, even average users will save loads of time with high quality storage.

Western Digital is now introducing the new 400GB SanDisk Extreme UHS-I microSDXCT card. That’s the same size as the model Western Digital and SanDisk introduced in August of last year as its highest capacity to date. Where the two models differ is in transfer speed.

The new microSDXCT card features read speeds of up to 160MB/s and write speeds up to 90MB/s. Now, as per usual, those numbers will vary depending on the application and devices involved, but according to WD and SanDisk, that is somewhere in the neighborhood of 50% faster than the current SanDisk Extreme UHS-I microSD cards. It will “also feature the A2 specification to help launch and load apps at blazing speeds.”

Whether it’s exploring a new world in an immersive virtual reality app, or capturing 4K footage on a smartphone or drone, consumers can count on Western Digital to deliver even more robust mobile flash memory technology that offers them a premium experience on their favorite device.

Needless to say, those dealing with larger 4K UHD files will certainly benefit from the speed here, but it is designed to work with just about all compatible smartphones, tablets, action cams, drones and more.

On top of a built-in data recovery system, the new UHS-I card is shockproof, waterproof and X-ray-proof “so you can enjoy your adventures without worrying about the durability of your memory card.”

By the looks of it, the new memory card will come it at around $300 or so. But it doesn’t appear to be available for purchase just yet.