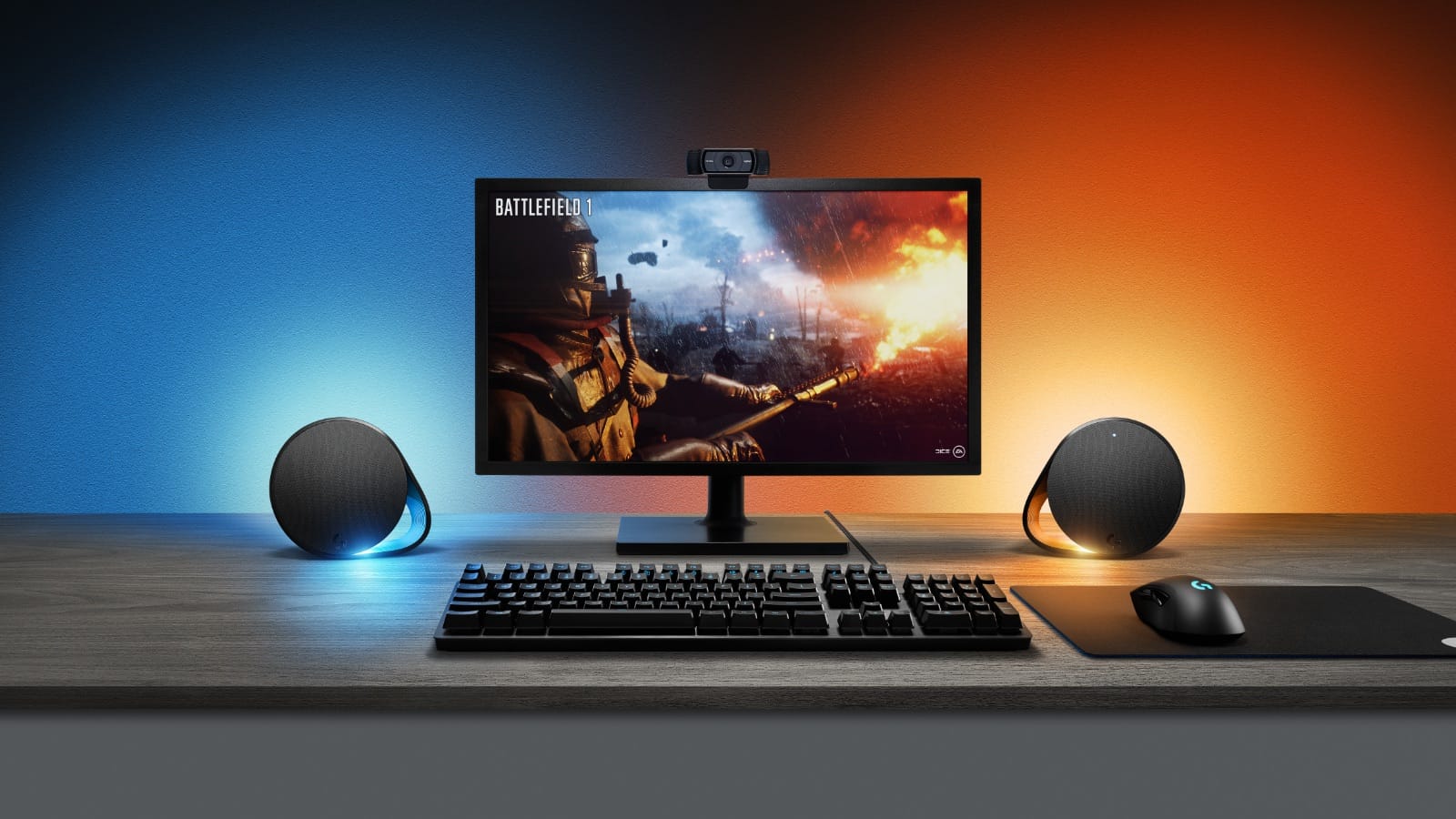 Logitech has today announced its RGB venture into a more immersive desktop gaming environment. The new G560 PC Gaming Speakers are the company’s first with LIGHTSYNC technology. The software works with the satellite speaker’s RGB lighting syncs your music, movies, and games to create a more immersive experience.

At first glance the idea sounds similar to traditional ambient lighting. The difference here is that Logitech’s Gaming Software is built to specifically create a detailed light show; one not solely relying on the input system’s audio. In a demo, 9to5Mac saw what this meant for the list of supported games. For the Battlefield 1 demo, explosions in-game sent flashes of orange and red to the G560’s lighting system. In Grand Theft Auto, getting the cops’ attention meant the RGB lights alternated between red and blue.

In our demo, we saw that the majority of the speaker’s LIGHTSYNC technology was run through the Logitech Gaming Software. For games without official LIGHTSYNC support, Logitech built in alternative workarounds. Gamers can create custom quadrants from their display, that will pull that quadrant’s colors to be played back through the RGB lights.

For example, we saw the ‘Inside Out’ movie trailer after Logitech had created new custom quadrants in the software. As different scenes flashed across the display, the G560 speakers changed colors in time to match. The color changes weren’t as instantaneous or as grand as the gaming demoes, but the quadrant configuration did well for what it had.

We also got to see how the speakers reacted to Bruno Mars’ 24K Magic album. The lights at the front of the speaker played in time to the album’s mids and highs, and as soon as the bass kicked in, the back lighting filled the room with vibrancy.

Logitech informed me that the speakers are currently only supported on PCs, but macOS support is rolling out soon. Once official support is in, we should be getting a more detailed hands-on experience and will provide an in-depth review.

The Logitech G560 PC Gaming Speaker is available now for $199.99 from LogitechG.com.

$200
You’re reading 9to5Toys — experts digging up all the latest technology and lifestyle deals, day after day. Be sure to check out our homepage for all the latest news, and follow 9to5Toys on Twitter, Facebook, and LinkedIn to stay in the loop. Don’t know where to start? Check out the best Apple deals, our daily podcast, and subscribe to our YouTube channel