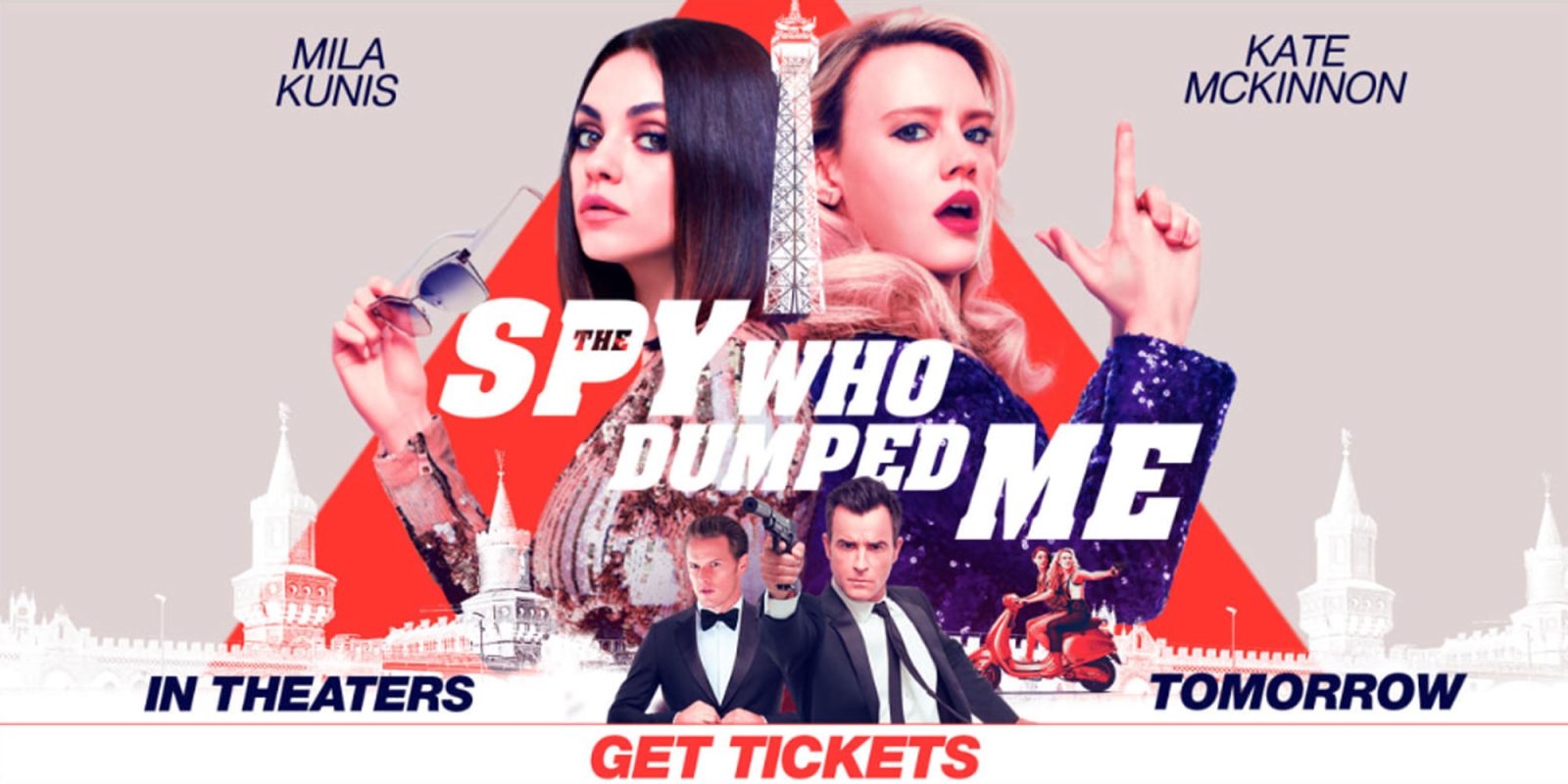 Atom Tickets is offering a FREE ticket to The Spy Who Dumped Me when you use code SPY at checkout. I was able to secure a $10.91 ticket at no cost, though it is limited to one per account. You should be able to redeem this for any showing of The Spy Who Dumped Me without issue, though we were only able to test with regular, non-3D/IMAX showings.

The Spy Who Dumped Me:

Becoming a spy takes a lot of training and hard work. Getting dumped by one? That’s easy. Assuming said spy doesn’t then show up on your doorstep with a crew of deadly assassins on his tail, of course…

Which is precisely the scenario that Audrey (Mila Kunis) and her best friend Morgan (Kate McKinnon) find themselves in when Audrey’s ex (Justin Theroux) turns up at her apartment unexpectedly. The duo is thrust into the middle of an international conspiracy they are utterly unprepared for, but soon they find themselves on the run across Europe, interacting with charming secret agents, and trying to save the world like pros. Well, semi-pros maybe.