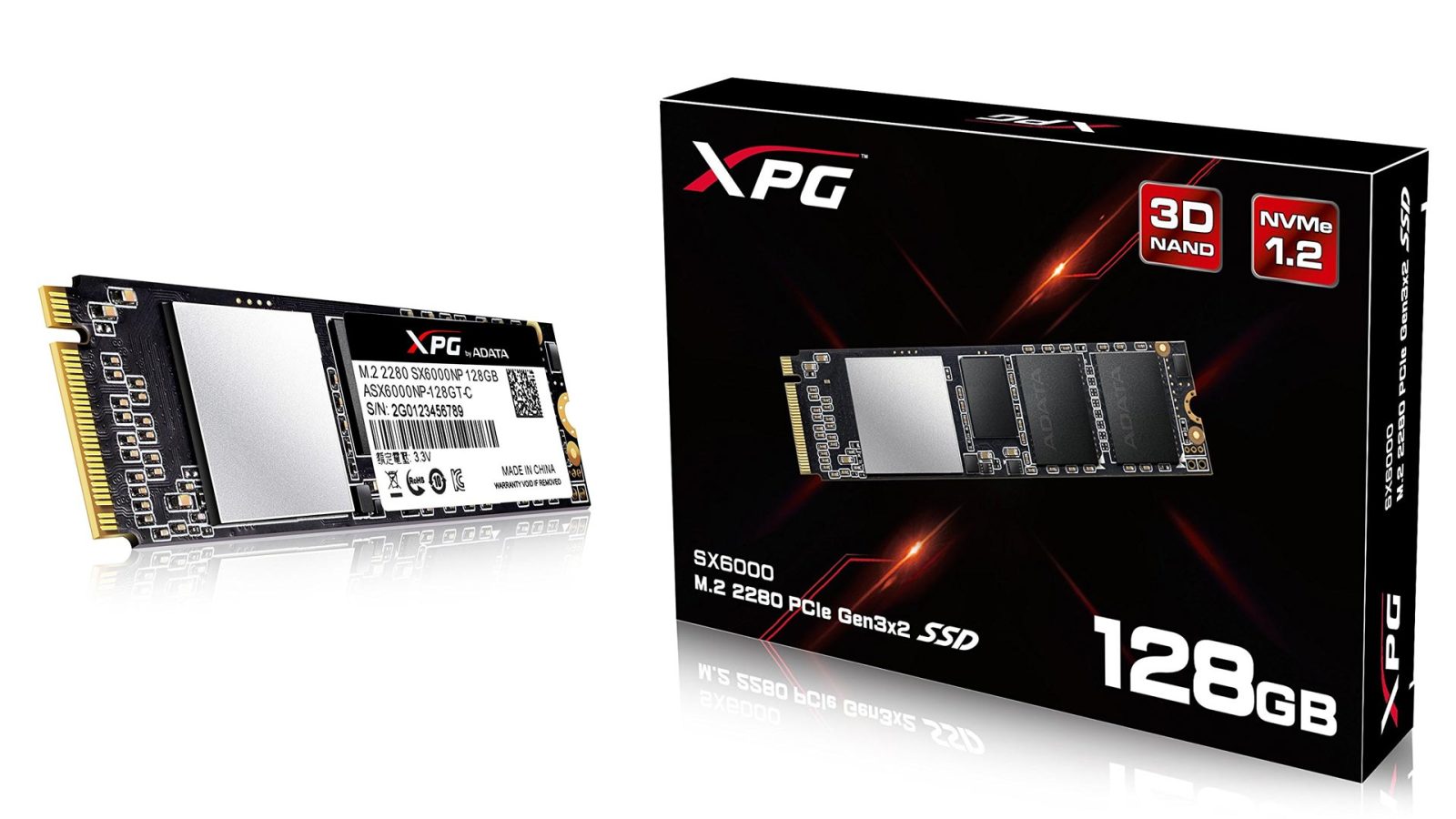 ADATA via Newegg offers its XPG SX6000 128GB M.2 PCIe NVMe SSD for $39.99 shipped. Regularly closer to $50 at Amazon, this beats our previous mention by $3 and is the best available. This NVMe SSD features nearly double the read and write speed of a regular SATA-based SSD, and is a great way to make any computer super quick. Rated 3.8/5 stars.

The XPG SX6000 combines superior speed and a better cost-performance ratio in a compact M.2 2280 form factor, great for gamers, PC enthusiasts, and video rendering professionals. It’s perfect for anyone feeling the need for speed and thus an upgrade from traditional SATA SSDs. Utilizing a PCIe Gen3x2 interface, the SX6000 reaches read/write speeds of up to 1000/800MB per second for faster boot, game downloads, and data transfers. NVMe 1.2 qualified, the SX6000 delivers superior random read/write performance and multi-tasking capabilities. It implements 3D NAND Flash, which provides storage density up to 1TB and improved reliability compared to 2D NAND. With support for SLC Caching and DRAM Cache Buffer, the SX6000 maintains optimized performance and data integrity during even intense gaming, rendering, or other high demand applications.

From $40
You’re reading 9to5Toys — experts digging up all the latest technology and lifestyle deals, day after day. Be sure to check out our homepage for all the latest news, and follow 9to5Toys on Twitter, Facebook, and LinkedIn to stay in the loop. Don’t know where to start? Check out the best Apple deals, our daily podcast, and subscribe to our YouTube channel