Which dash camera should you pick? These are the best options on the market 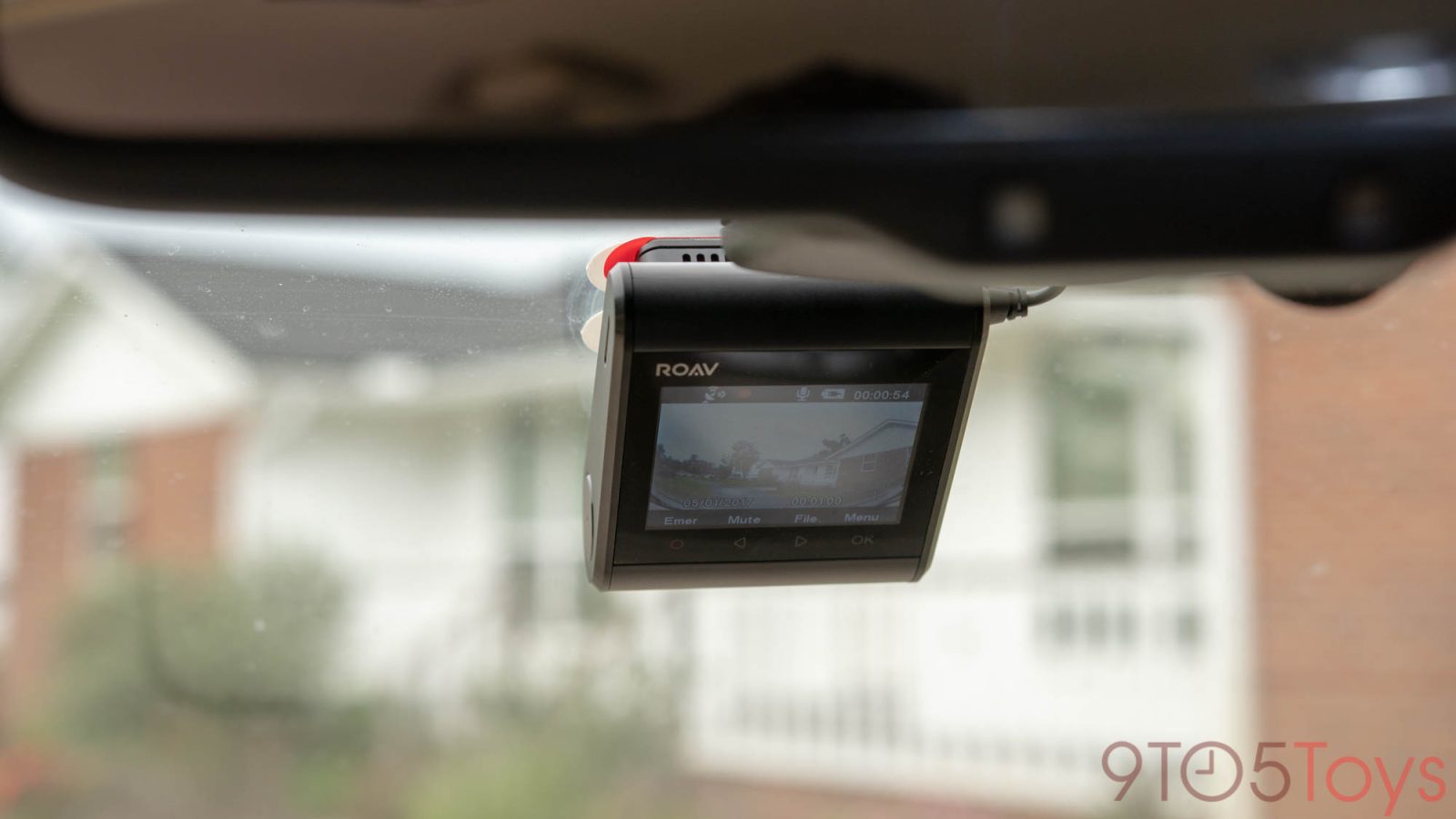 Dash cameras are becoming a vital part of our society. From keeping a record of an accident, or just capturing a deer walking across the road as you cruise through the countryside, a dash cam can capture many different moments. Just a few weeks ago, my mother was in a car accident and the person who hit her fled the scene. A dash cam was easily capable of capturing the license plate and vehicle to help the police close the case.

When it comes to dash cameras, however, there are many different options. You have some that are on the lower end of the spectrum and some that can get up there in price, but which should you choose? This really depends on what you want, whether you want high-quality 1440p recording, dual cameras, or any number of other features. We took four popular dash camera models and compared them side-by-side so you can know exactly what camera to pick up.

This dash cam really tailors itself to a niche market. With one of the highest prices in this list, it’s feature packed for sure. We tested it with the additional GPS receiver, which will tack an extra $22 onto the $200 price, but adds nice a feature. The N2 Pro has the ability to record in high-quality 1440p when using just the front-facing lens, but should you need to also record the interior of your car as well, you can do both in 1080p. This is perfect for Uber or Lyft drivers, or those who want to capture expressions from passengers faces. This would also be ideal for people who race cars on a track, as it can capture everything that happens inside as well as out for recording purposes.

The extra GPS mount gives you location, speed, and route when using the Vantrue Player Software. Living in Florida, it gets pretty hot outside, and this camera had no trouble at all being on my dash 24/7 with interior temperatures climbing above 100F often. 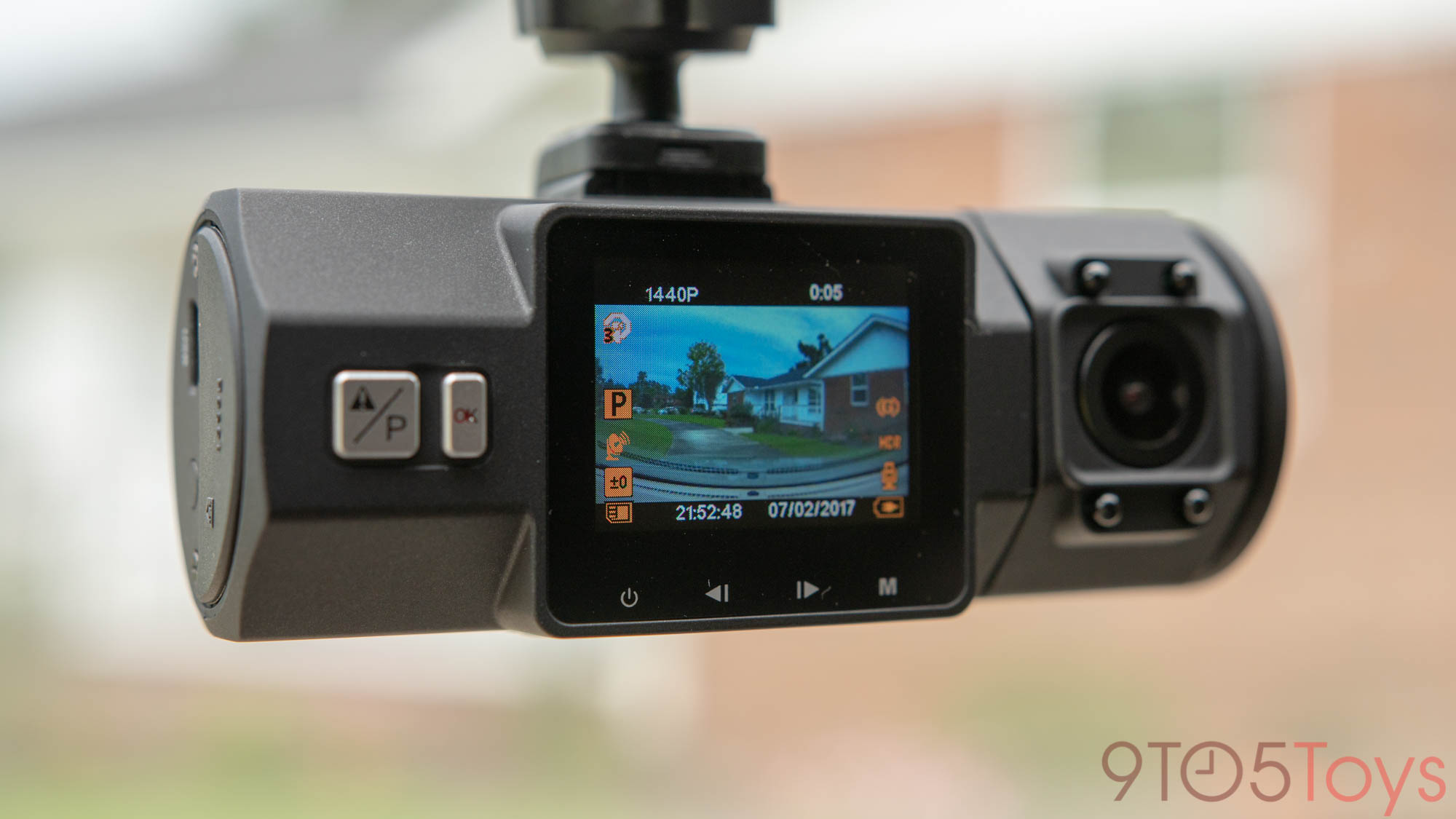 The quality here is pretty good. The build is decent enough and should be fine for everyday use, though the majority of it is made from plastic. When recording in dual 1080p mode, there are IR blasters for the interior of your car which illuminates everything very well when it’s dark outside. Generally speaking, I kept this dash camera in a single-lens 1440p mode so I could capture crispy footage of everything that happened in front of me, as I didn’t have much need to also capture the interior or my vehicle.

This camera is mainly for those who do ride sharing I’d say. With the ability to record the interior or your vehicle, it’s a must for any Uber or Lyft driver so you have a record of what happened during any ride should something go wrong. Normal drivers probably don’t need to spend $200 on this dash camera for 1440p recording and could opt for the lower cost Anker Roav option below.

Cobra is well-known for its radar detectors and is now trying to make a name for itself in the dash camera space. There are several offerings in this series, and you can check out our announcement coverage for more information on everything offered. We checked out the higher-end version that offered two cameras (one in the front of your vehicle and one in the rear) and had Best Buy install it under the company’s Total Tech Support plan. Install went smoothly, and these cameras function fantastic.

The only issue I had when using it was occasionally the camera would overheat due to the high temperatures in Florida, but that’s about it. With dual 1080p recording, I could easily know what happened both in front or behind me, potentially capturing the crucial moments of being rear-ended or someone cutting me off. You can also record 1440p when in single-lens mode if you don’t want both cameras to be capturing video. This model featured iRadar implementation, which was OK when warning about upcoming red light cameras, but generally, I ended up not using it. 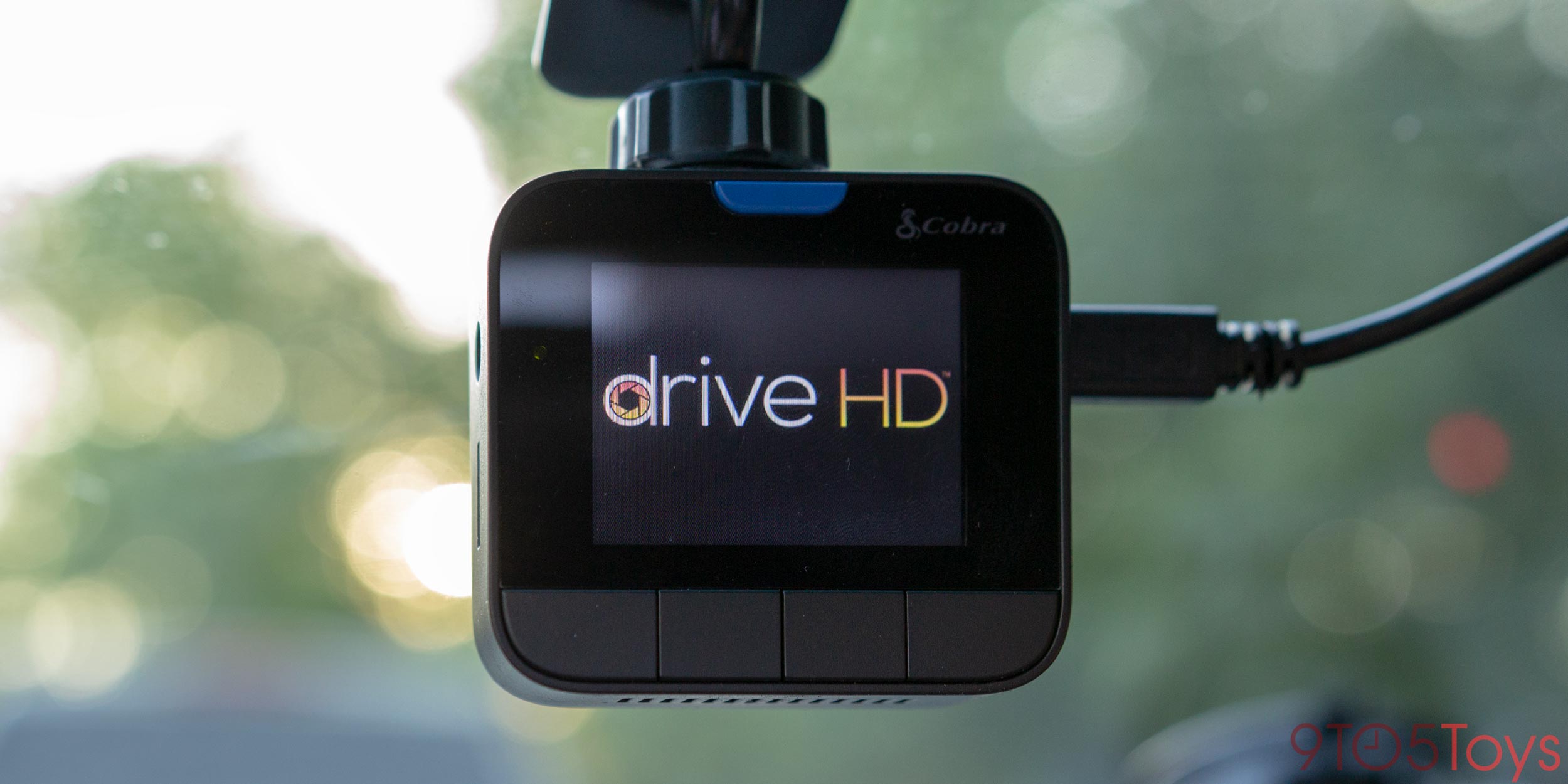 The recording quality here was great, but that’s to be expected from another high-end camera. You can easily make out license plates in the recording should you need them for record-keeping purposes and it is a fantastic camera all-around. Any camera from this series should be great for your uses, but I probably wouldn’t pay the premium for the iRadar functionality unless it has something you really want.

Cobra’s offerings are for those who know and love the brand, or want a camera that also offers features like iRadar detection for red light cameras and other road hazards.

This is probably my favorite dash camera out of the entire roundup. It’s very low-profile and easily tucks away and out of your view while driving. Most of the other dash cameras in this roundup hang down and are easily seen when driving, but this one has a very small footprint. It records in 1440p and has had no problems with Florida heat. It comes with Anker’s build quality and warranty while giving you everything needed when purchasing a dash camera.

Since there’s only a single lens on this model, you can save quite a bit over the two cameras featured above while still getting a high-resolution 1440p recording. If you only need one lens and want great quality, this would be the camera I’d recommend. 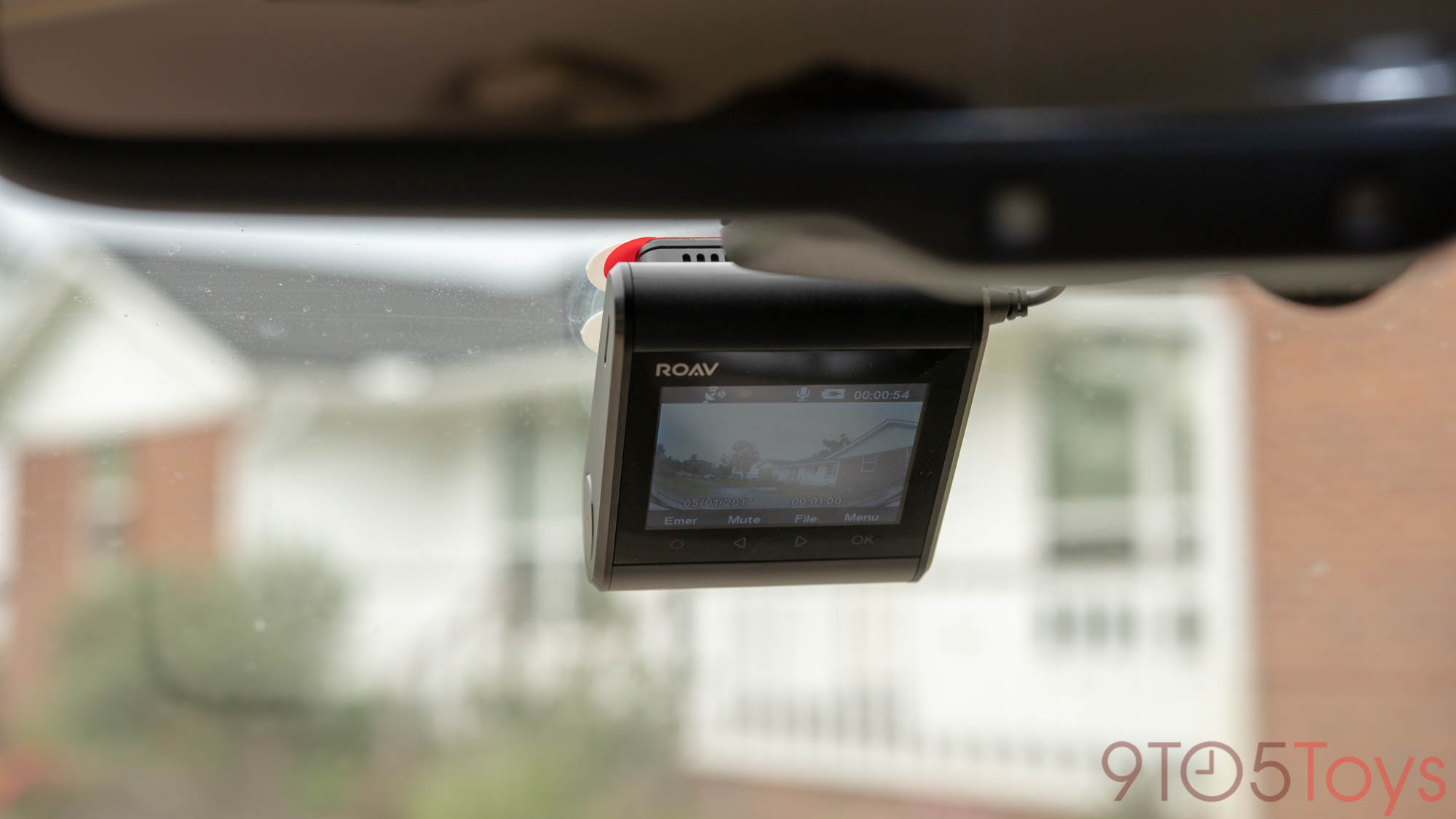 With 1440p recording, like the rest of the cameras featured here so far, you’ll have a crispy video for keeping track of everything that happens in front of you. Unlike the previous two cameras, there’s only a single lens option here and no extra recording of the inside or rear of the vehicle.

This would be the camera that I recommend to most for those that want quality without paying a high price premium. With the high-resolution recording you get from 1440p, the small profile, and Anker’s name, this is an easy choice for those who want a premium dash camera without the premium price.

This dash cam is great for those who want a small form factor and some great features. It has a 6-lane view which is great for keeping track of everything on the road at one time and great night vision. There are the normal emergency recording and loop functions you’ve come to expect from dash cameras, and can even be operated in “extreme temperatures”. It’s powered over miniUSB, so it’s great that Aukey includes a 4M (or just over 13-feet) long cable so you can easily route it anywhere your car requires. One big benefit here is the included suction cup mount should you not want to use a 3M adhesive.

Aukey also offers a dual dash camera for those who want that functionality, but would rather not drop a ton of cash. At $130, you’ll save quite a bit over Cobra’s offerings and still get great quality. You’ll lose out on the 1440p offering and iRadar functionality, but if you don’t need those, I’d go with Aukey for sure. 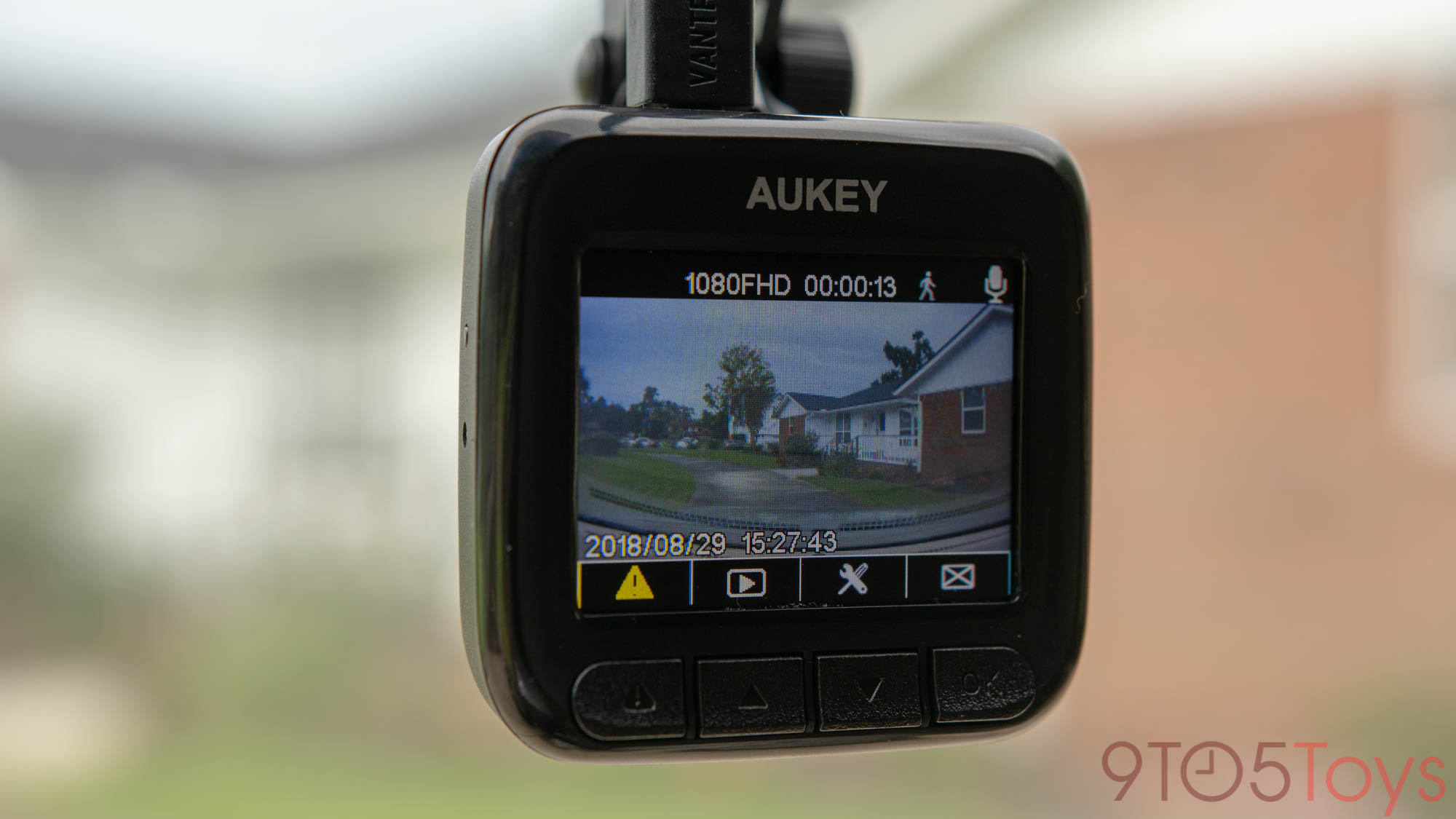 You get 1080p 30FPS recording or 720p 60FPS, depending on which you’d want to use. There’s an option to turn on or off the in-car audio, and the nighttime recording is great for making sure that you have footage any time of day. Overall, this is a nice budget-friendly dash camera that checks all the boxes you’d expect.

I’d recommend this one for people who don’t need 1440p recording and would rather have a lower-priced option. With a small form factor, it won’t get in your way while driving and you’ll still always have a recording of what goes on when driving.