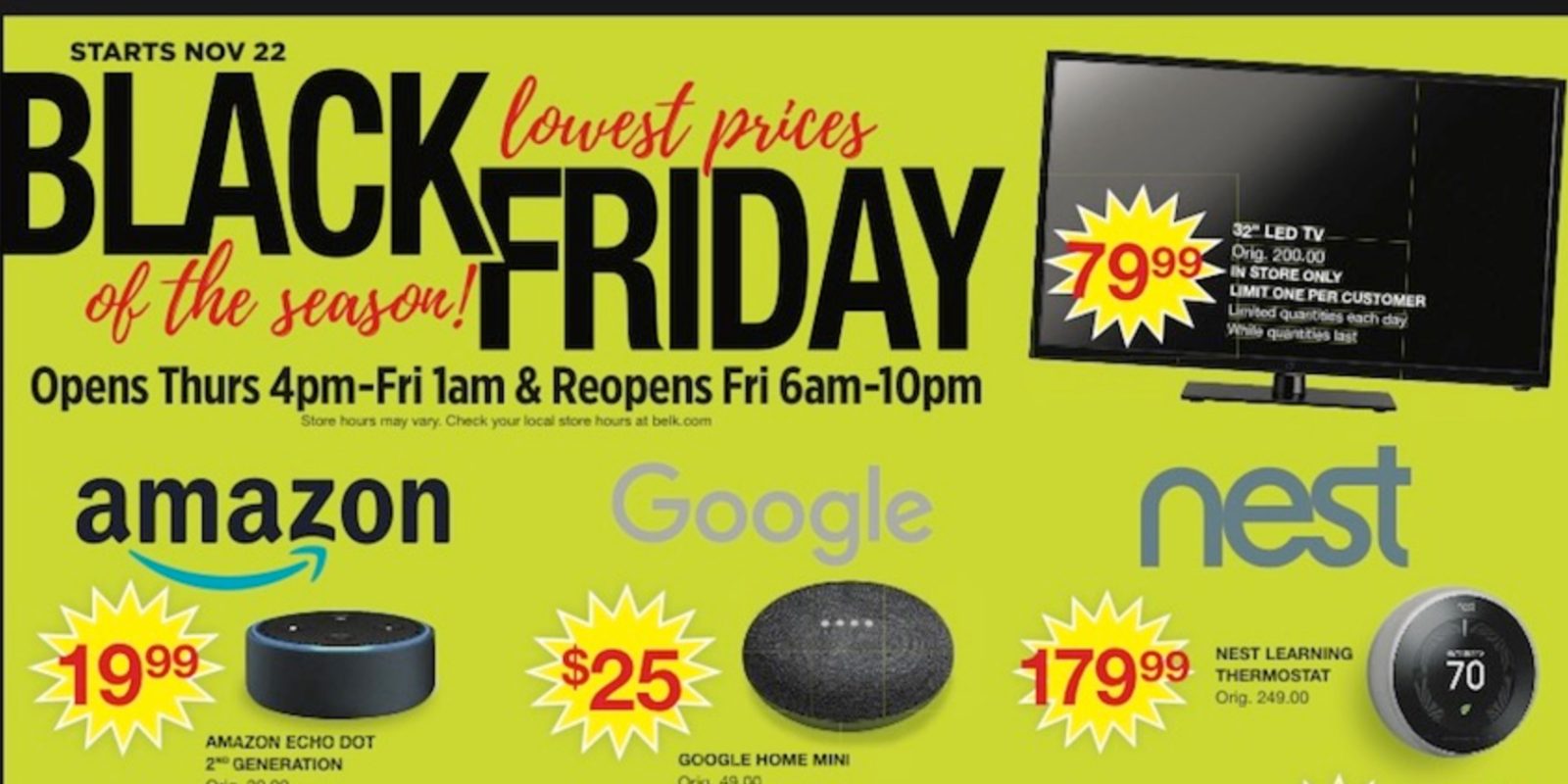 This time of year the Black Friday ads just keep coming. Here at 9to5Toys we’ve got yet another one for you to peruse. This time it is from Belk and it certainly has some notable deals worth setting aside some funds for. Categories include popular tech, brand-name home goods, and even some toys for the kids. Continue reading to find out more about the Belk Black Friday ad.

Last year we got our hands on the Belk’s Black Friday ad on November 6, putting us four days ahead of schedule this time around. A few extra days are always welcome to give everyone more time to plan for the big day.

Belk will kick off its sale on Thursday at 4pm and close on Friday at 1am. Stores will remain shut down for 5 hours, reopening bright and early at 6am on Friday. This will give employees some time to shuffle around inventory and prep for the next wave of shoppers.

The company’s Black Friday ad shows off popular tech on the front page and calls out that across all categories it will offer over 600 doorbusters. The most attention grabbing tech includes Amazon’s 2nd Generation Echo Dot for $19.99 (Reg. $40) and the Nest Learning Thermostat for $179.99 (Reg. up to $250).

If you have not shopped at Belk before, it would not be a bad idea to use its store locator to see which one is nearest to you. If there are multiple, it does not hurt to think through which location is likely to have the least amount of foot traffic to give you a potential edge on Black Friday savings.

Other notable deals from the Belk Black Friday ad: