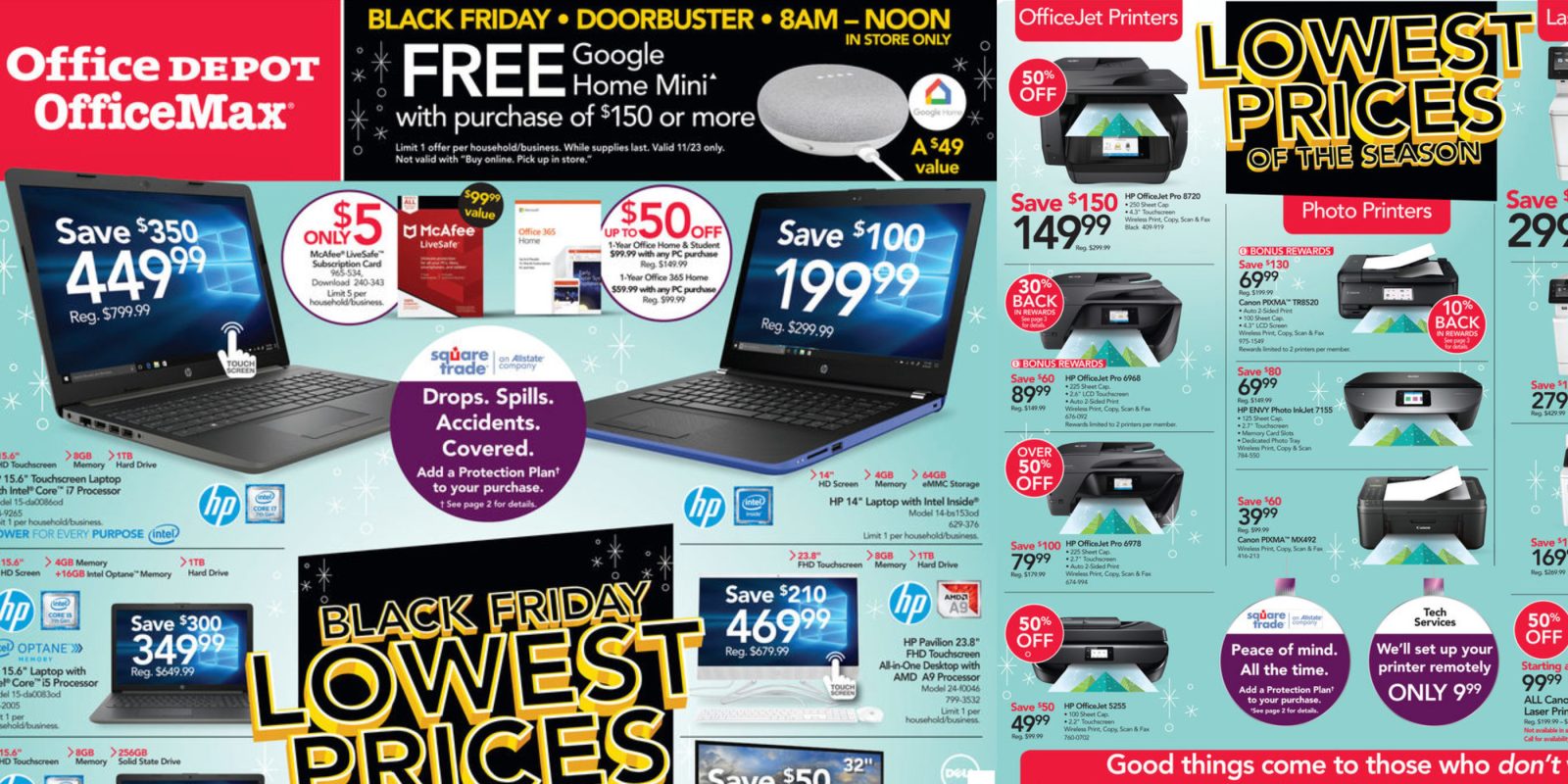 After seeing just about all of the biggest Black Friday fliers hit over the last few days, we now have the leaked Office Depot Black Friday ad. While it might not be packed with all of these big screen UHDTVs and Apple products you are eyeing, there are some great deals to be had on printers, SanDisk storage, Logitech accessories, various office supplies and much more. Head below for a closer look at the full ad and for details on store/online hours.

Office Depot and OfficeMax brick and mortar stores will be closed on Thanksgiving but will open up on November 23rd at 8am. Those deals will run through November 24th. As for the online side of things, that will kick-off right at 12:01am on Thanksgiving Day (November 22nd) and run through the 24th.

While there are no traditional doorbusters highlighted in the short but sweet Office Depot 2018 Black Friday ad, there are some benefits for in-store shoppers. First, all online orders (starting on Thanksgiving Day) can be shipped to store but only on qualifying items, so don’t bank on that. However, Office Depot and OfficeMax will be offering a FREE Google Mini with purchases of $150 or more in-store. But that will only be on Friday, November 23rd from 8am until 12pm local time.

The deals are certainly highlighted by a wide ranging offer on all Canon printers at 50% off. Even if these offers don’t yield the overall lowest prices ever, it’s a great opportunity to get the exact model you want. Some other notable mentions include SanDisk storage deals below the Amazon all-time lows and loads of solid PC laptop offers. Head below for some top picks.

Now let’s get into the deals: