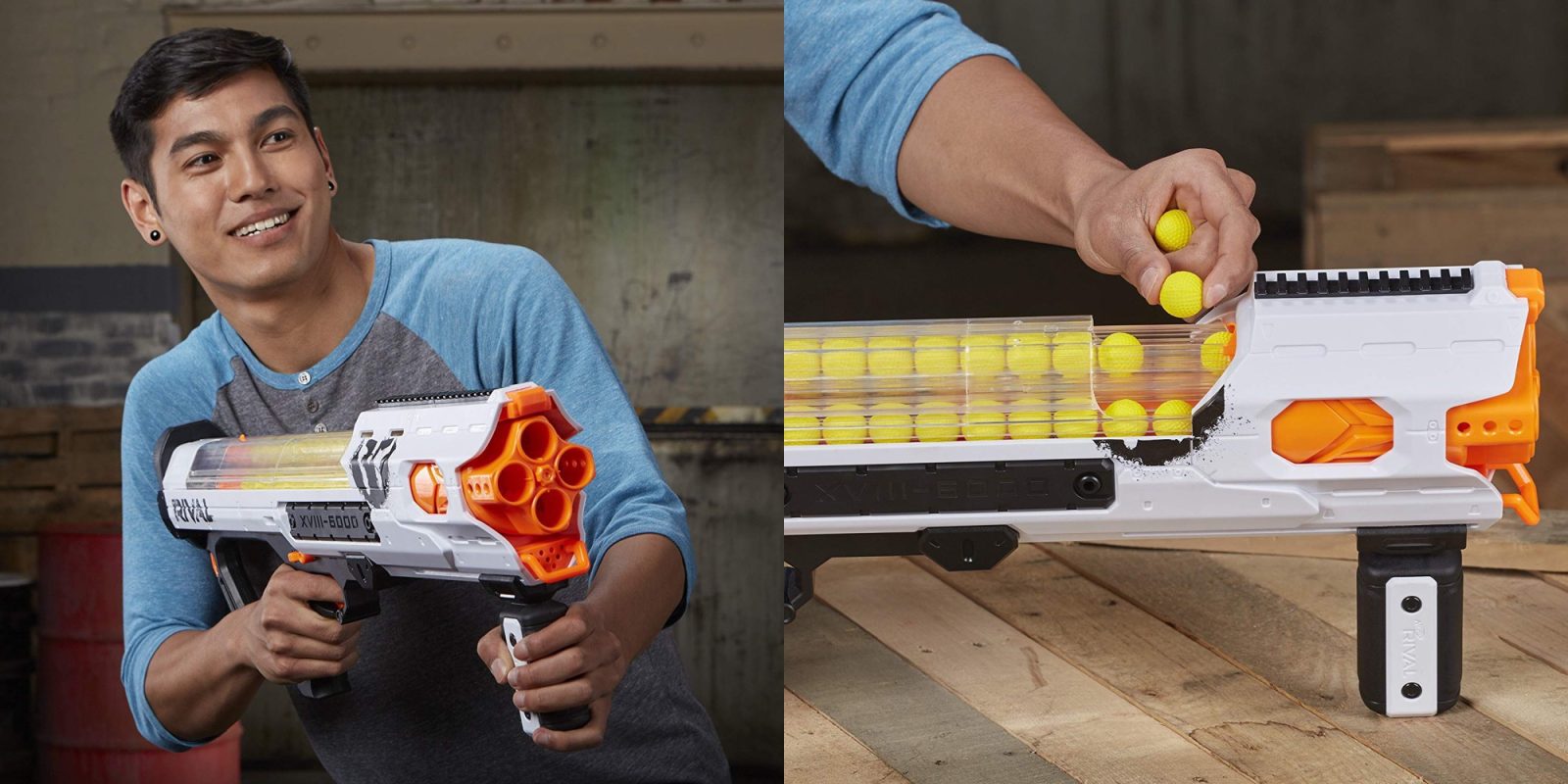 Amazon is offering the Nerf Rival Phantom Corps Hades XVIII-6000 for $39.98 shipped. Matched at Walmart. That’s $10 off the going rate found at retailers like Target and beats the lowest price we have tracked by $5. Decimate the competition by firing rounds at 100 feet per second with a blaster that holds 60 at one time. Rated 4.6/5 stars.

We also spotted Amazon has the Nerf Zombie Strike Hammershot for $9.97 shipped. Matched at Walmart. That’s about 30% off the typical rate and the lowest price Amazon has offered all year. Rated 4.7/5 stars by 1,100+ reviewers.

Keep ammo hidden around the house for fast reloading. You can grab 100 rounds for Nerf Rival at $14. Rated 4.6/5 stars by over 100 reviewers.