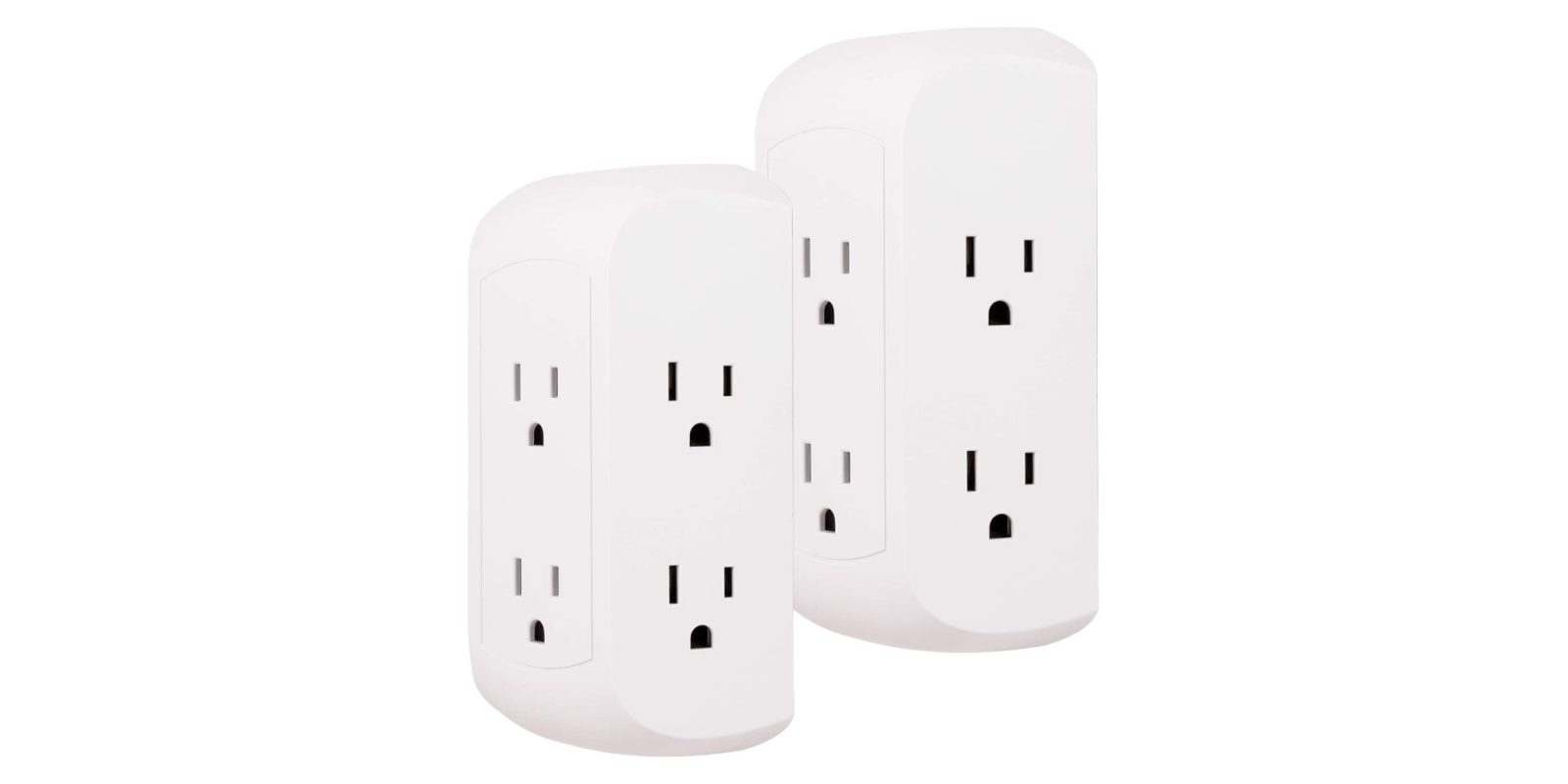 Amazon is currently offering a 2-pack of GE UltraPro 6-outlet Surge Protector Wall Taps for $15.84 Prime shipped. Normally around $24, this is a match of its all-time low and our last mention. If you’ve got some areas in your home, like the entertainment center or bathroom, that are in need of more outlets, this is a must-have product. Each surge protector has six outlets, which triples what you normally have. Plus, it’ll protect against a 520 Joules surge, which will help keep plugged-in devices safe. The other nice thing is that it offsets the plugs from each other, since there are two on the front, and two on either side, making it easier to power larger bricks. Rated 4.7/5 stars.

Opt for the AmazonBaics 6-outlet Surge Protector at $11 Prime shipped and save some cash while enjoying an entirely different design. It still powers six devices, and even protects against a 790 Joule surge. However, you’ll only get one instead of two, and it’ll take up room on the floor instead of mounting to the wall.

Ditch the surge protection to save some cash. GE has a 6-outlet Wall Tap for under $7 Prime shipped right now. This is what my wife and I personally use when we’re in need of easy power and the items don’t require a surge protector.

Get this deal
$24 $16
You’re reading 9to5Toys — experts digging up all the latest technology and lifestyle deals, day after day. Be sure to check out our homepage for all the latest news, and follow 9to5Toys on Twitter, Facebook, and LinkedIn to stay in the loop. Don’t know where to start? Check out the best Apple deals, our daily podcast, and subscribe to our YouTube channel