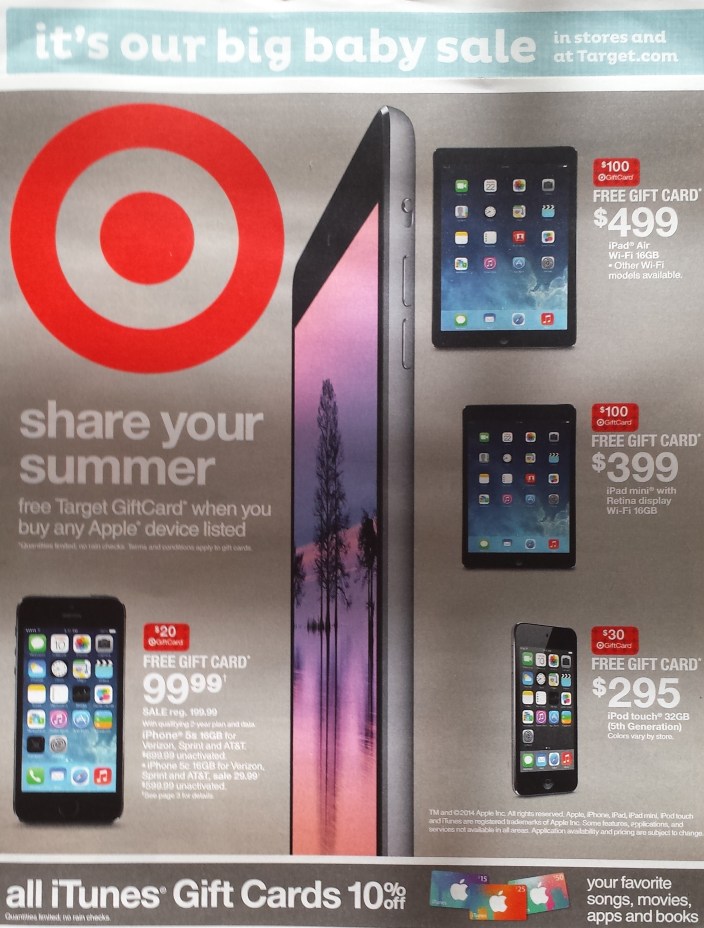 Update (7/6 7:30am): This promotion is now live via Target online and Target stores.

According to a leaked ad scan that has shown up on several online forums and blogs, starting this Sunday July 6th, Target will offer free $100 gift cards with the purchase of an iPad Air or iPad with Retina display. The ad only mentions 16GB capacities of both models, but also states “other Wi-Fi models available” for iPad Air, so this discount may apply to more configurations beyond 16GB. We won’t know for sure until the deal page goes live later this weekend.

You can also save 10% on all iTunes gift cards and $10 on an Apple TV. Target is also besting Walmart’s recent iPhone promotion by offering a 5s for $100 with a free $20 gift card.

We have frequently seen the iPad Air drop to $400 via eBay Daily Deals, but this is the first time we have seen a current generation iPad promotion of this caliber from a major retailer.

REDcard holders can save an additional 5% on top of all advertised prices.