Up to $220 worth of paid Android apps for free: Plex, Terraria, Sonic The Hedgehog 2, djay 2, Fleksy, many more 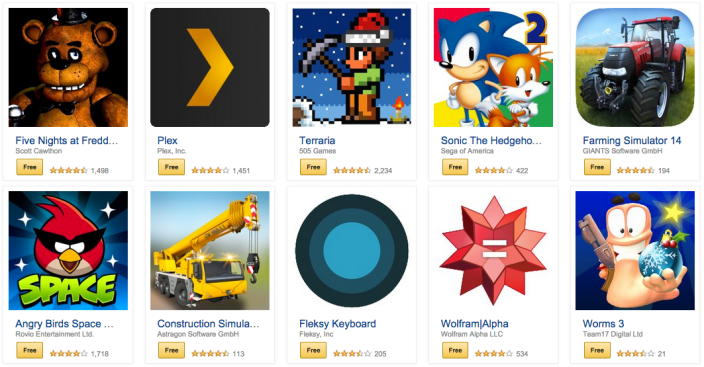 Starting now through December 26th, the Amazon App Store is offering what it’s calling the “largest Free App of the Day bundle ever.” While we have certainly seen Android sales rivaling today’s in the past, there are over $220 worth of paid apps for free available including the #1 Best Selling Entertainment App on Amazon, Plex. It is regularly listed at $5 and has received a 4+ star rating from over 30,000 reviewers on Google Play and Amazon combined.

Amazon is also offering up to 30% off Amazon Coins (which can be used for future app/in-app purchases), and you’ll find more game deals still live in our latest roundup.