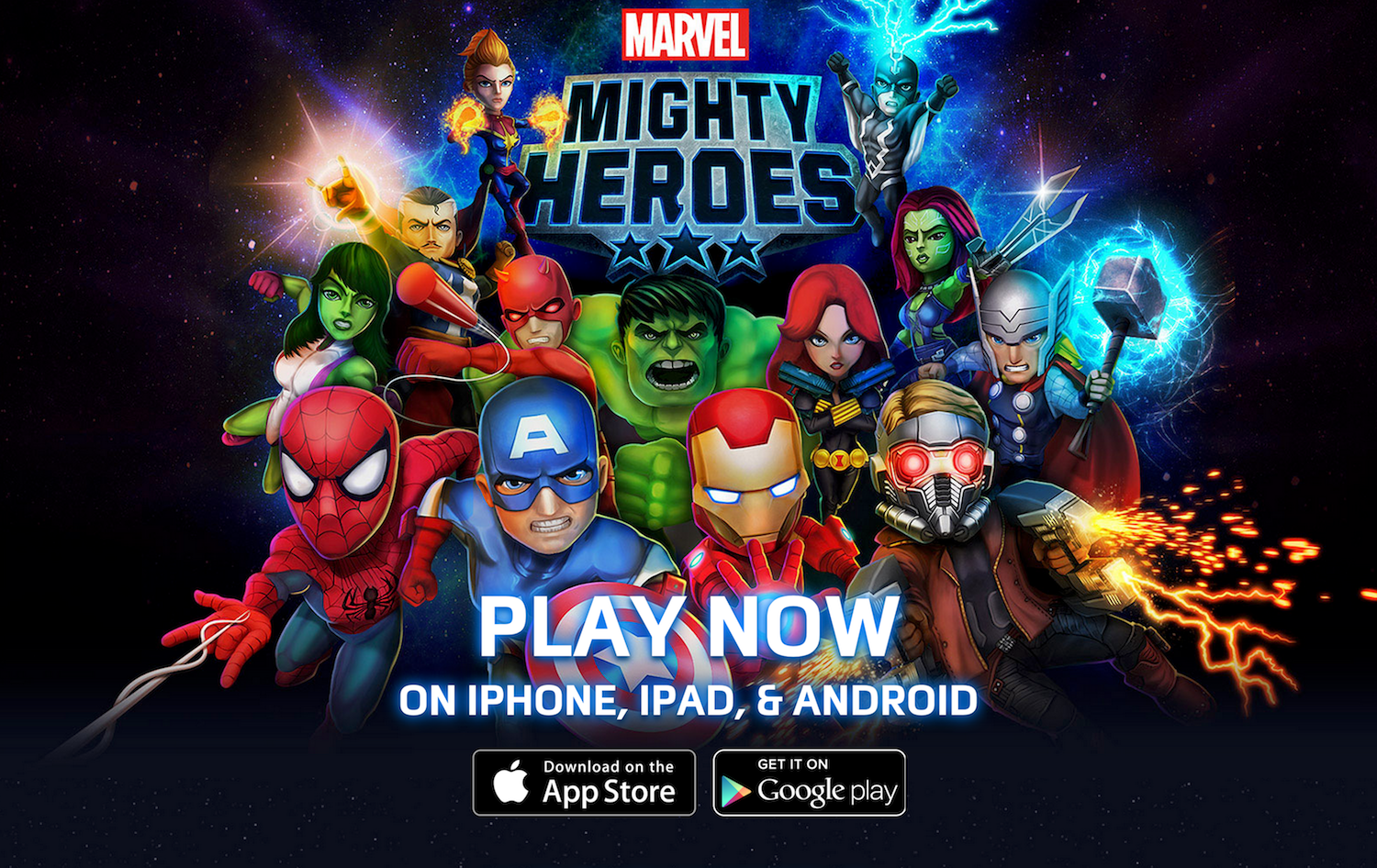 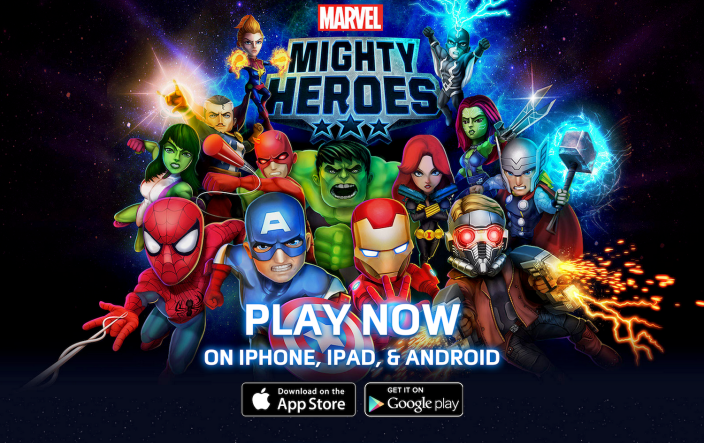 Developer DeNA is back at it again after last week’s release of Final Fantasy Record Keeper with an all new brawler title for iOS and Android. Chosen by Nintendo to develop its highly anticipated mobile releases, DeNA has dipped in to the world of Marvel this time in the form of the 4 player co-op beat’em up Marvel Mighty Heroes.

Head below for more details on what characters to expect and some gameplay footage in the launch trailer:

The game features pretty much all of the main Marvel characters you could ask for including “CAPTAIN AMERICA, IRON MAN, STAR-LORD, THE HULK, SPIDER-MAN, DR. STRANGE, THOR, BLACK WIDOW…and over one hundred MORE!” You’ll also be able to make use of well known Marvel villains in your party like Venom, Loki, Kingpin and more.

There is also some light RPG elements at play including upgradeable abilities and basic character leveling to suit particular play styles, as well as alternate customs and other unlockables. On top of the real-time 4 player co-op action, there are also the usual leaderboards and in-game multiplayer events:

Multiplayer events include a variety of missions like cooperative defense and intense boss battles. Regular updates will consistently add original content, letting players fight their way through all-new worlds and storylines never before explored in a Marvel game.

Marvel Mighty Heroes is available now on both iOS and Android as a free-to-play download. Keep in mind, there are in-app purchases involved here along with some cool down times, as usual with this business model.

Head over to the rest of our game deals in today’s Game/App roundup.

SAN FRANCISCO–(BUSINESS WIRE)–DeNA and Marvel Entertainment today launched Marvel Mighty Heroes, a real-time co-op brawler written by Fred Van Lente, creator of Marvel comics like X-Men Noir, Marvel Zombies 3–5, The Amazing Spider-Man, and The Incredible Hercules. For the first time on mobile devices, up to four players will suit up as iconic Marvel characters to battle evildoers in action-packed gameplay. Players will collect and level-up characters, equip heroic abilities, and team up with friends to rule the multiverse. With the first in-game event starting today, Marvel Mighty Heroes is available as a free download on the Apple App Store℠ for iPhone®, iPad®, iPod touch® and on Google Play™ for Android™ phones and tablets.March 31, 2015 10:30 AM Eastern Daylight Time

In Marvel Mighty Heroes, players must defend the world by assembling a dream team of Marvel Super Heroes including Iron Man, Thor, Spider-Man, Captain America, Star-Lord, Hulk, Hawkeye as well as dozens of Super Villains yet to be announced. Each character is equipped with a unique set of powerful, upgradeable abilities along with alternate costumes that grant new powers and allow for a variety of different play styles based around speed, strength, and health.

“Marvel Mighty Heroes starts with old-school Super Hero gameplay from the glory days of playing alongside friends at the arcade and adds a modern twist for mobile devices through intuitive touch controls and global cooperative gameplay,” said Barry Dorf, Vice President of Partnerships and Alliances at DeNA. “Marvel fans of all ages will love the timeless characters and evolving Marvel storylines based on classic plots and new story arcs.”

Once players choose their squad, they will join a team of up to four players from around the world to compete in missions testing their clobbering prowess with bruiser characters and quick reflexes with ranged characters, while leaderboards let players compete for worldwide supremacy. Multiplayer events include a variety of missions like cooperative defense and intense boss battles. Regular updates will consistently add original content, letting players fight their way through all-new worlds and storylines never before explored in a Marvel game. Today kicks off the first event in the six-part weekly “Infinity” series which finds the Avengers and the Guardians of the Galaxy teaming up to battle Thanos the Mad Titan.

In a tight race, Marvel fans have registered and voted to receive Hulk as a special in-game reward for players who download the game in the first week. Marvel Mighty Heroes is available now to download for free on the App Store for iPhone, iPad and iPod touch and onGoogle Play for Android devices.

To learn more about the game, visit www.marvelmightyheroes.com.