Apple has now officially handpicked Warhammer: Snotling Fling as the new Free App of the Week. The catapult crasher regularly goes for $4 and can be downloaded onto your iPhone, iPad or iPod touch for free until this time next week. While we have seen it dip down to $1, this is the very first time it has gone free on the App Store.

The Warhammer Old World trembles in fear as Gorbad Ironclaw leads a thunderous Waaagh! through Black Fire Pass and into the Realm of The Empire. The fate of the Realm once again hangs in the balance, and a powerful Wizard known as Ostergrim has arrived to lend The Empire his assistance in turning back the green tide. Join the crew of the Snotling Flinga and embark on an epic quest to crush The Empire in Warhammer: Snotling Fling. 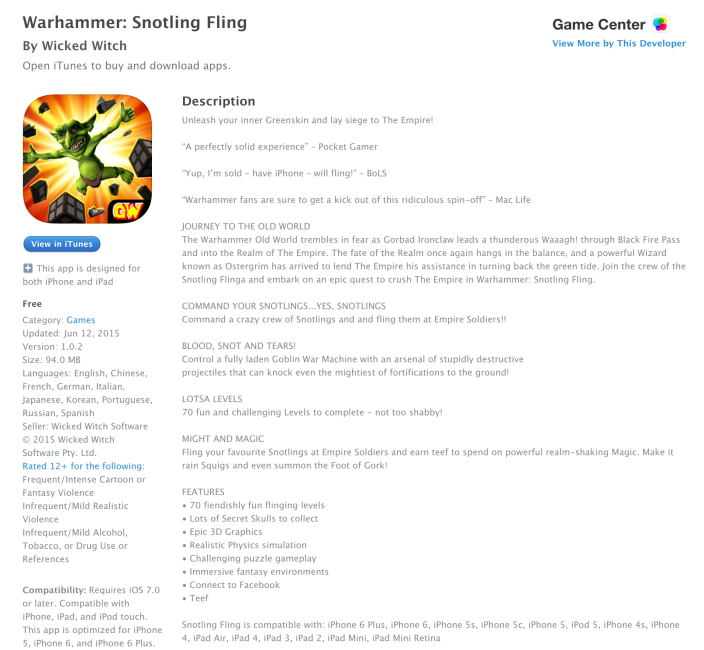