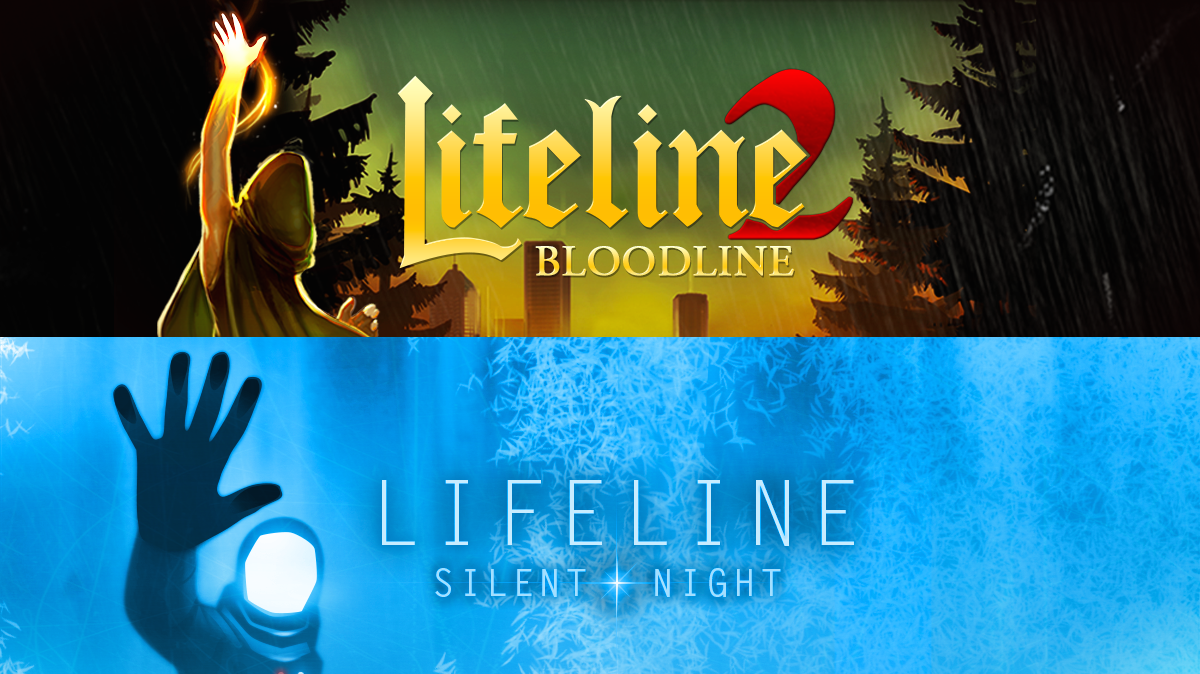 The popular Lifeline 2 and Lifeline: Silent Night games for iOS are now available for $1 each. Usually listed at $2 a piece, this is matching the lowest we have seen them go for individually on the App Store. The original Lifeline title has been on sale for $1 since the end of January, but you can actually get all three bundled together for less:

Developer 3 Minute Games offers an App Store bundle containing all three titles in the series for just $1.99. Unless you already have two of them and are just looking to drop the $1 to complete the series, the bundle might be a better bet. The 3 apps combine for a 4+ star rating from well over 20,000 gamers.

Not unlike the official Martian game that just recently went free, Lifeline is a text-based adventure game with some elements of management and survival sim games. All three titles come with free Apple Watch companion apps. More from the developer:

Lifeline is a playable, branching story of survival against all odds. Using your iPhone, iPad, or Apple Watch, help make life or death decisions, and face the consequences together. Acclaimed writer Dave Justus (Fables: The Wolf Among Us) weaves a gripping interactive story through all 3 Lifeline games in this incredible bundle.

– Through the aftermath of a crash landing on an alien moon, Taylor is stranded, the rest of the crew are dead or missing, and Taylor’s communicator can only reach you.

– The second story in the Lifeline series connects you with Arika, a young woman on a deadly quest to avenge her parents and rescue her long-lost brother. Your choices will keep her alive and help her succeed as she faces mortal danger on her way to a final, fateful showdown against the forces that threaten all of humanity.

– **SPOILER ALERT** Lifeline: Silent Night is a deep, immersive story of survival and perseverance, and it’s up to you to save the White Star before it’s too late for its intrepid crew. The fate of Taylor, and the world, is in your hands! 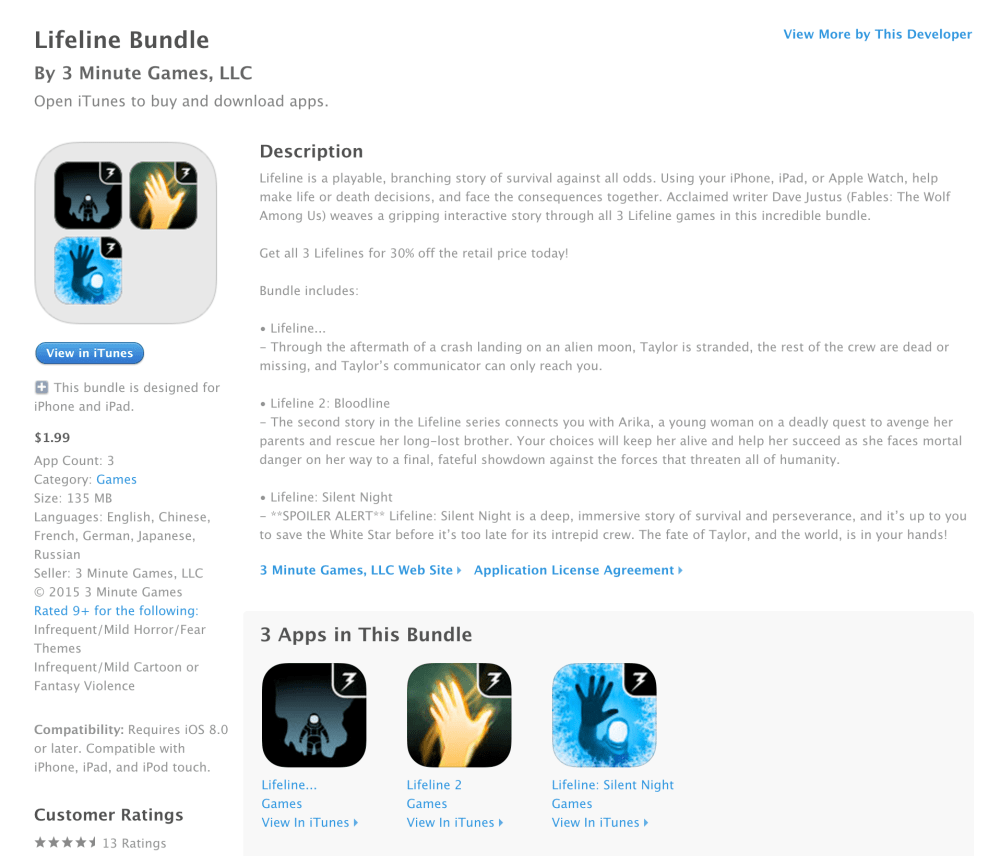