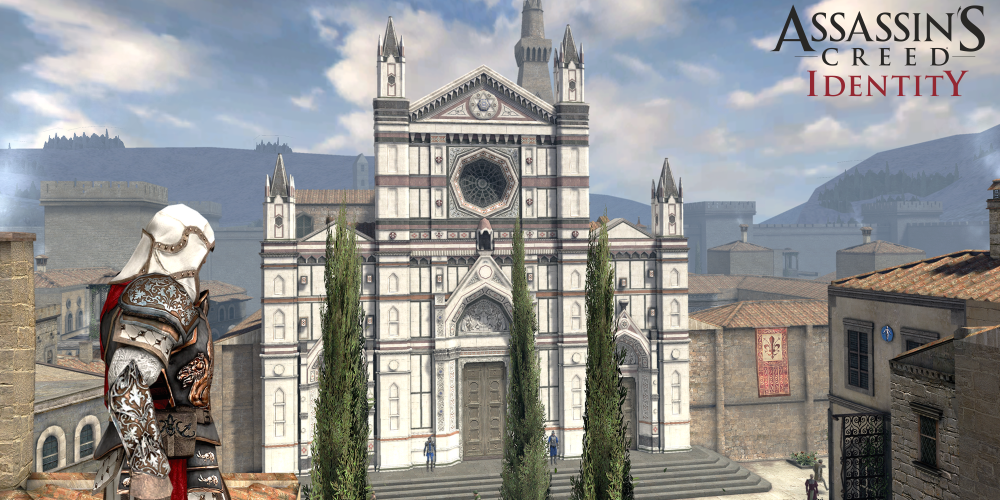 After details on the next main Assassin’s Creed game hit the web in January (like it always does!), Ubisoft made it official that its flagship franchise would be taking the year off on console. But that hasn’t stopped them from launching another AC game for mobile. After nearly a year of soft-launches in various regions, Ubi has finally set forth Assassin’s Creed Identity on the App Store:

Listed at $4.99, this appears to be a fairly complete AC mobile experience, albeit with a more compact mission structure. Players will able to choose between 4 customizable classes in what Ubi describes as the first action RPG in the franchise. By the looks of it players will be heading to Renaissance Italy in “an open map for you to explore: Santa Croce Area in Firenze, the Colosseum area in Roma etc.”

CREATE, EVOLVE AND CUSTOMIZE YOUR ASSASSIN!

– CUSTOMIZE your Assassins: Use loot, choose your outfits and weapons like epic swords and the iconic hidden blade.

– Make your Assassin EVOLVE from NOVICE to MASTER!

TONS OF MISSIONS AND POSSIBILITIES!

– Experience the FREEDOM OF MOVEMENT: Run, jump, climb and feel the thrill of the leap of faith on your mobile screen!

– Achieve an infinity of QUESTS, unlock new locations and hundreds of items.

– PLAY HOW YOU WANT TO with simple tap-to-move, dual virtual stick controls or with a gamepad.

The rest of our game deals can be found in our daily roundups.