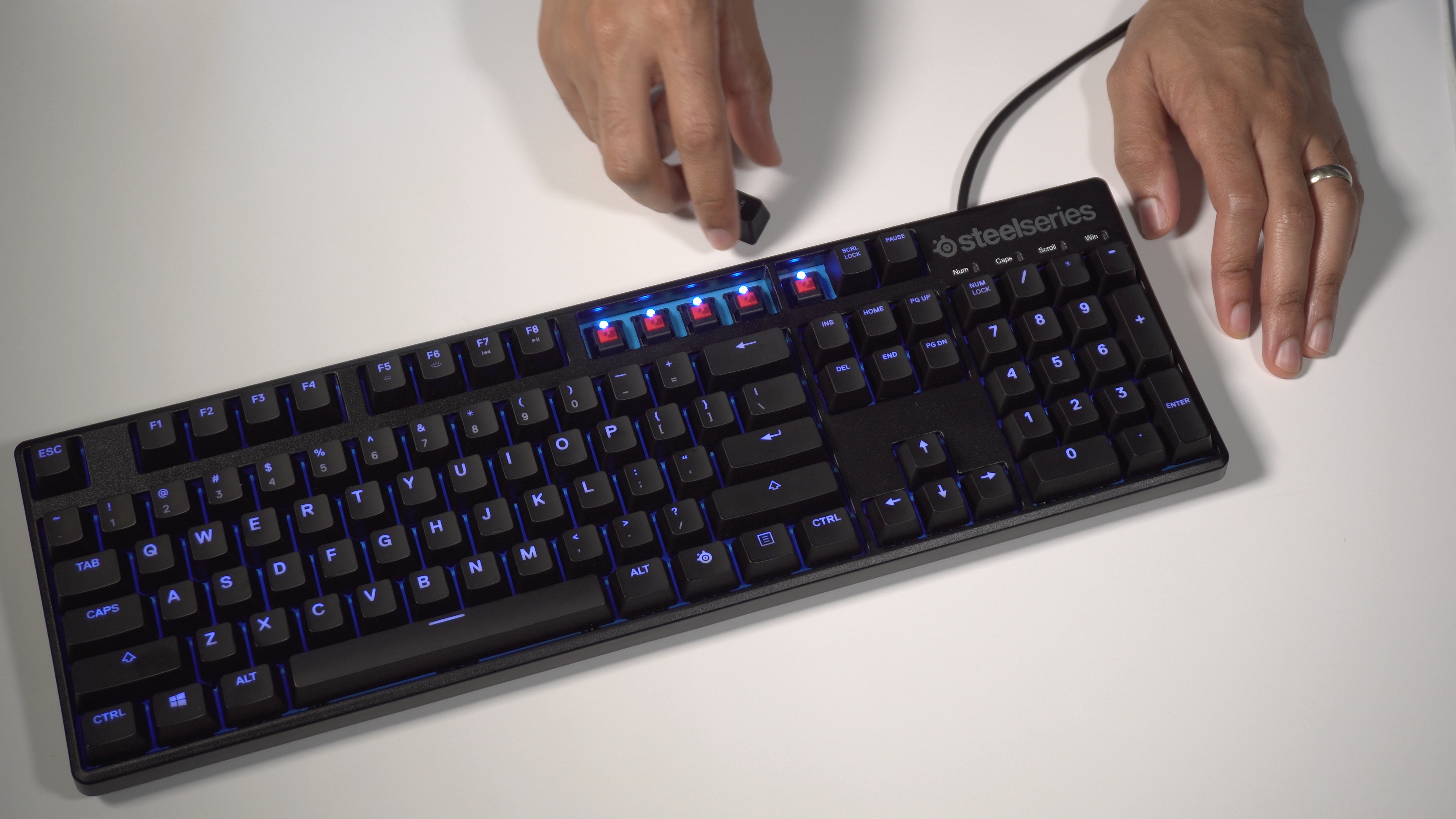 If you’re looking for a gaming keyboard built around responsiveness and competition, then you should lend consideration to SteelSeries’ most recent release — the SteelSeries Apex M500. The M500 is the sequel of sorts to the SteelSeries 6Gv2, and is much leaner and compact than some of the other keyboard offerings in its class. The result? A mechanical gaming-centric keyboard that doesn’t occupy a lot of desk real estate.

For someone like me, who would generally trade simplicity for features, the Apex M500 fits well into my workflow. It features blue LED backlighting and programmable keys, but it does so in a way that feels minimal. The keyboard comes with practical, well-thought-out features too, such as three separate channels on its backside for routing the USB cable from its base.

Best of all, the M500 comes with Cherry MX Red switches, which promote responsiveness. The last SteelSeries keyboard that I tried, the M800, came with the company’s own custom QS1 switches. While those switches were good, they were also very sensitive.

By utilizing standard Cherry MX Red switches in the Apex M500, gamers and everyday typists will have a better idea of what to expect as far as key travel and responsiveness are concerned. Gamers get the precise control needed for twitch gaming, and typists can enjoy a substantial linear feel that’s not overly loud or obnoxious. 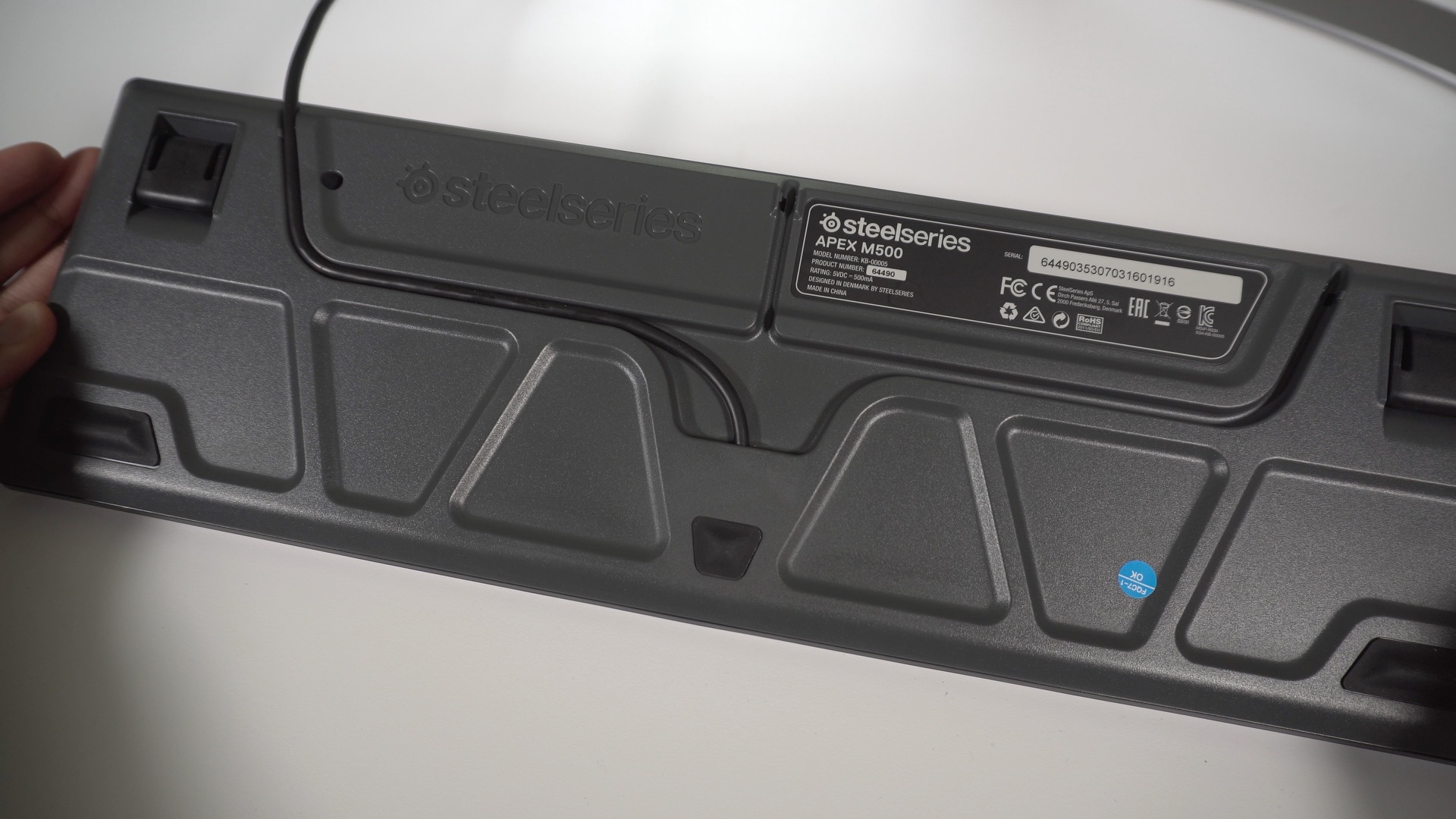 Design-wise, I’m impressed with the M500. Its thin bezel provides edge to edge keys from left to right and from top to bottom. With the M500, you get the standard QWERTY layout, along with a number pad. The plastic is high-quality and hardened, and the keyboard’s overall durability is emphasized thanks to its steel backplate. The bottom line is that the design looks nice, and the construction feels solid. 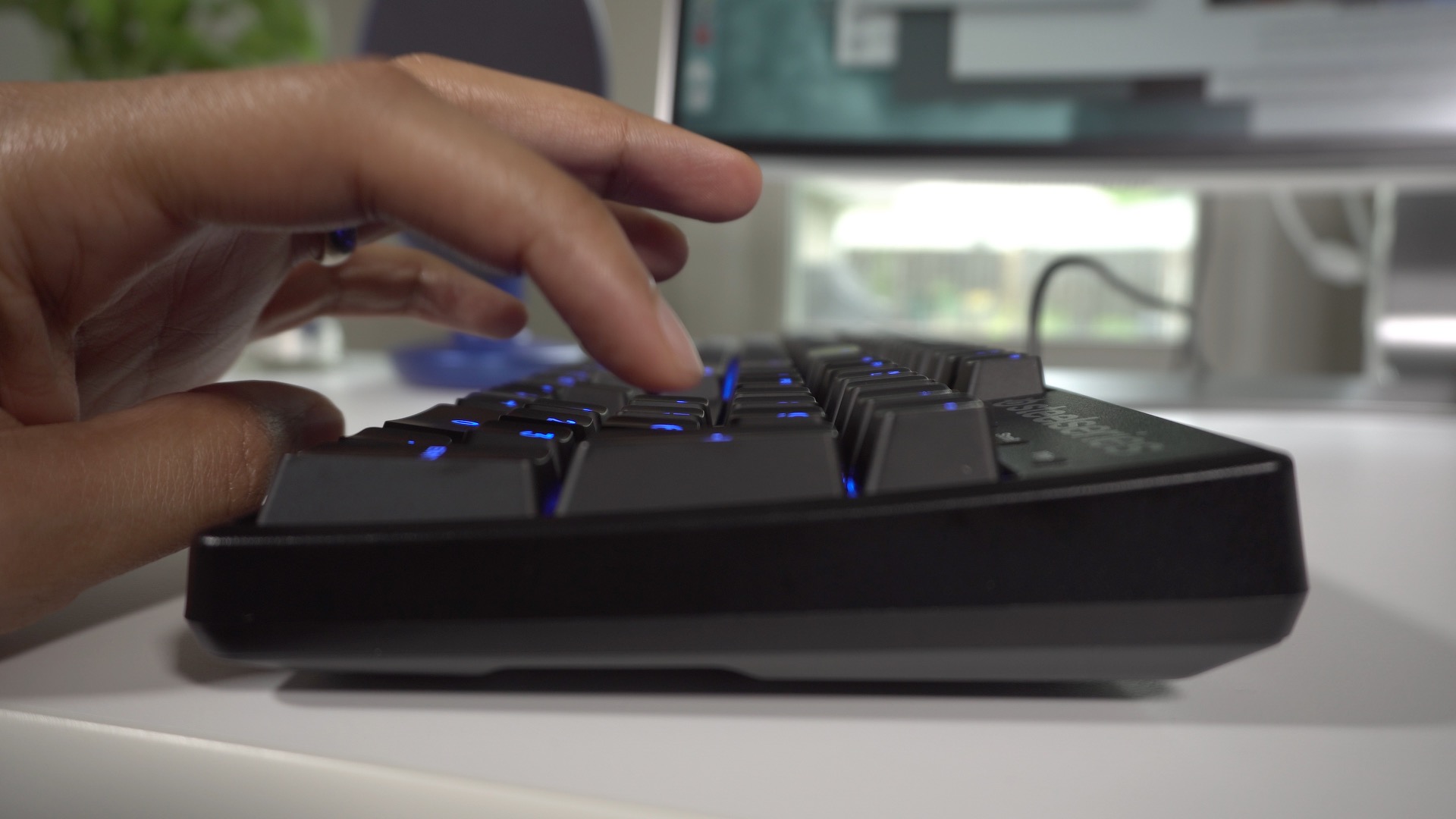 Coming from the Apex M800, I do miss the ability to customize each individual key with a vast array of colors, something not possible with this keyboard. I hope you’re a fan of blue, because that’s the only backlight color available here. The LED lights are mounted above the key switch, off-center, which works well enough, but doesn’t provide the evenness that you get with the more expensive M800. 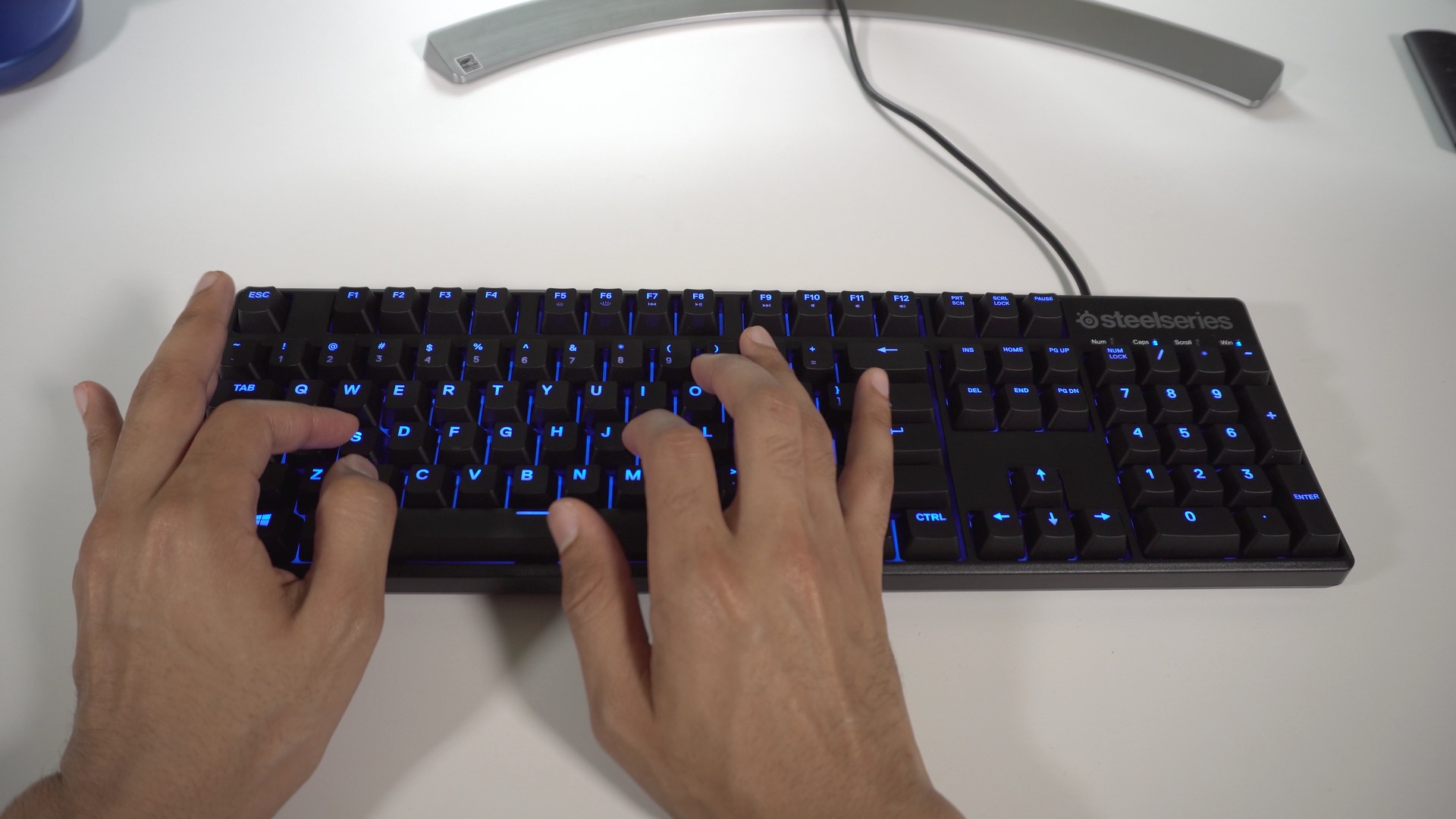 Like many of the products in SteelSeries’ lineup, the M500 is compatible with its Engine 3 software that lets users customize keybindings and lighting. Keybindings allow you to reassign individual keys on a key-by-key basis. You can assign them with macros, alternative key input, shortcuts to launch apps, and so much more. As with the M800, I’m very impressed by the customization allowed by Engine 3. 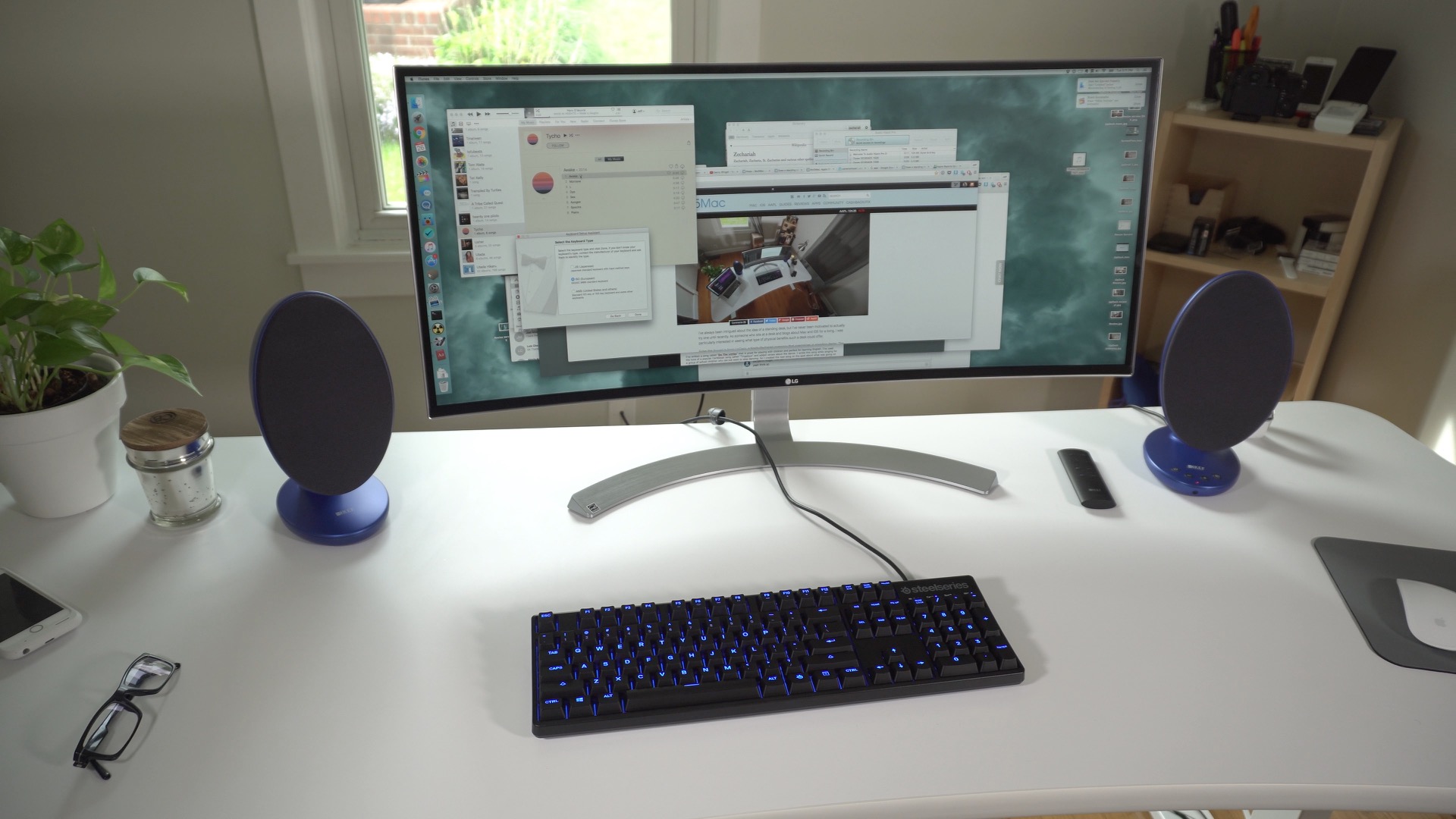 With that said, I wish SteelSeries allowed us to dim the LEDs a tad lower. There are several levels for LED brightness, but I find them all too bright, especially in a dark setting. True, you can outright disable the LEDs, but that sort of defeats the purpose.

Being a Mac user, it’s disappointing that there are no Mac-centric keycaps included with the M500, but you can probably replace the Windows keys with third-party key caps as long as they work with Cherry MX switches.

I’m not a big gamer, but the few games I did play responded well to the M500. Typing, which will be my primary usage for this keyboard, performed admirably as well. If you’re use to the feel of Cherry MX Red switches, then you’ll largely know what to expect here. These switches, combined with the solid construction of the M500, make it a keyboard that’s both good for gaming and typing. 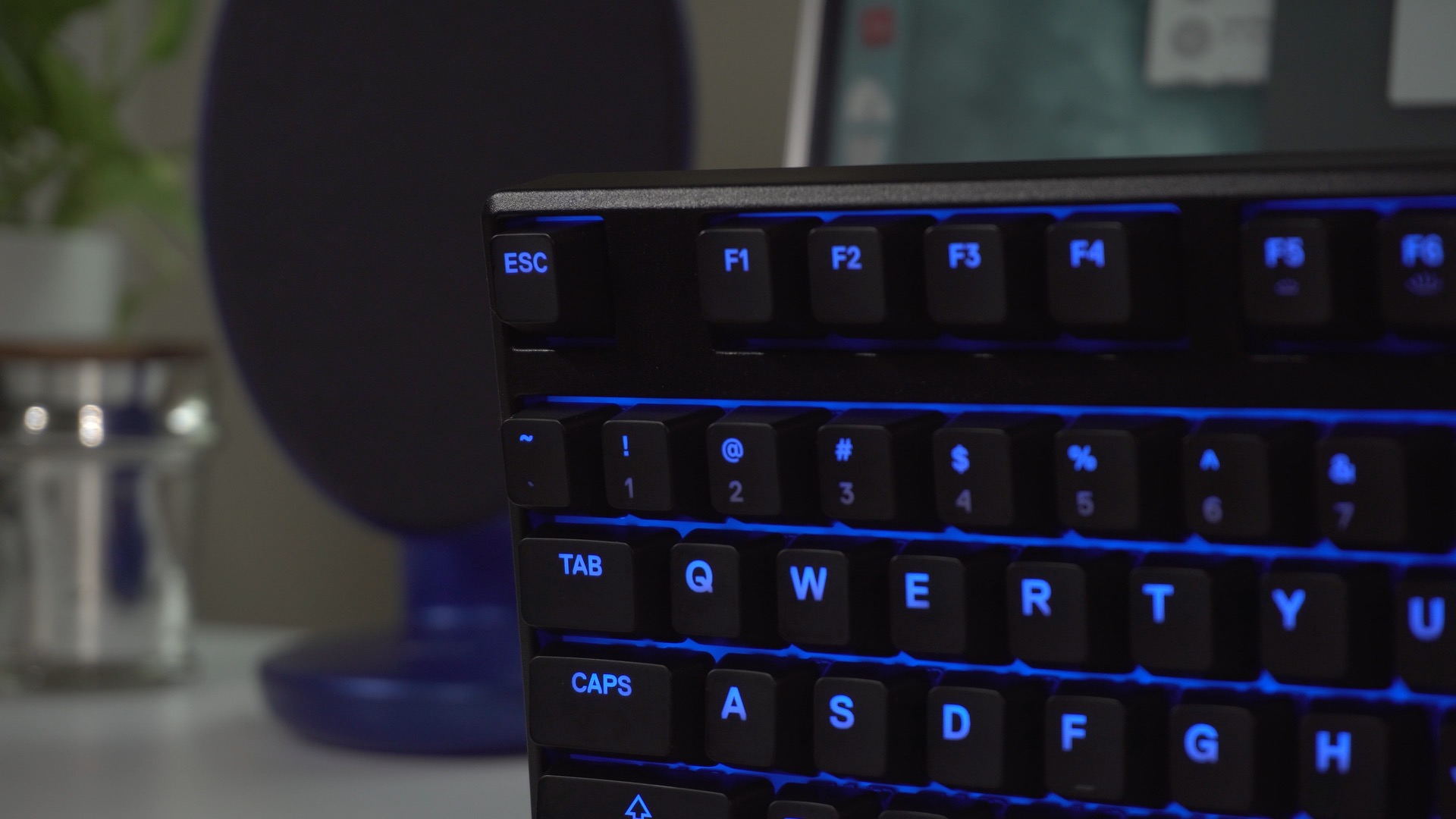 The M500 doesn’t come with an overabundance of bells and whistles, but given its price-point, that’s to be expected. Gamers will love its responsiveness, and typists will enjoy the feel of keys that are responsive enough without being overly loud.