Nintendo is prepping for the new school year with a series of new titles hitting the Selects program, a brand new 3DS and more amiibo fun. The company made headlines recently with its new classic NES mini, but we have a feeling this new 3DS bundle and the lower price tag might make just as much of a splash over the next few months leading up to the holiday season.

Head below for all the details:

First up is the brand new Nintendo 3D Land and New Nintendo 3DS bundle. Not to be confused with the currently on sale New 3DS XL, this is a more compact model but with all of the same advancements. It also sports interchangeable face plates, two of which will come bundled in the package (“one inspired by Mario and one featuring 8-bit renditions of classic Nintendo characters”). It will be available exclusively at Walmart and Target come August 26th for $149.99 shipped. That’s about $50 or more less than any other previously available New Nintendo 3DS.

Beyond that, we are getting a host of new Wii U game/amiibo bundles starting on Setpmber 9th. Each of these titles will be bundled with a specific amiibo that will “unlock something special in its respective game.” For example, Yoshi’s Wooly World will have two options: one with the blue yarn Yoshi amiibo and one with the pink model that “activates “Double Yoshi” in single-player mode”, allowing “players to save favorite collected patterns to the amiibo figure.” Other titles that will be getting amiibo bundles include Mario Party 10 and Captain Toad: Treasure Tracker. 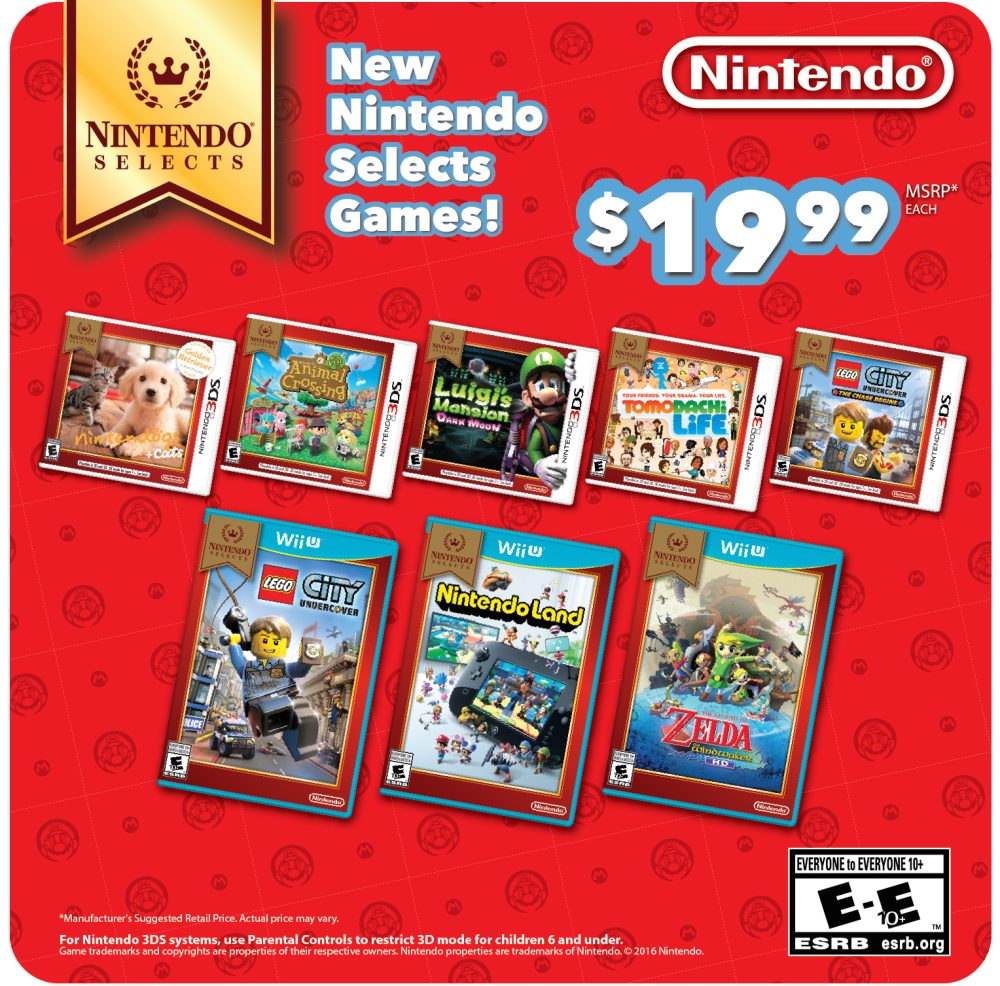 And lastly, on August 26th Nintendo will be adding a seres of titles to its Select program. The program allows Nintendo’s most premium and popular titles to get re-released at a lower price point (usually $20 or so). The new 3DS/Wii U Selects include Animal Crossing: New Leaf, Luigi’s Mansion: Dark Moon, Tomodachi Life, LEGO City Undercover: The Chase Begins,The Legend of Zelda: The Wind Waker HD. and more.